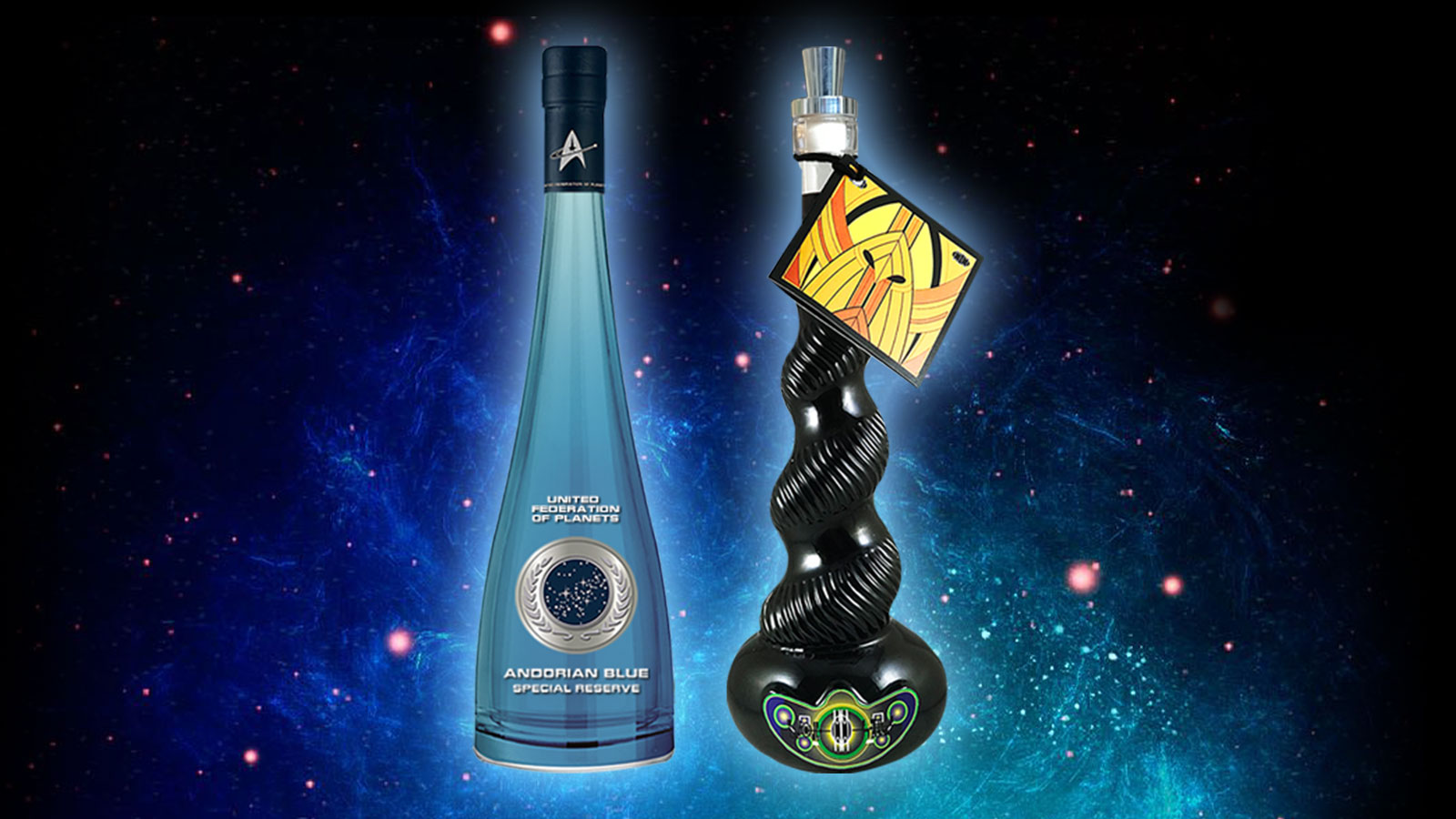 Just in time for this year’s holiday season, Star Trek Wines has two new releases scheduled to start shipping in November — Andorian Blue Special Reserve Chardonnay and Cardassian Kanar Red Blend both made their debut on Tuesday at the 55-Year Mission convention in Las Vegas.

According to Star Trek Wines, the Andorian Blue will come in hand-numbered, limited edition bottles and feature a United Federation of Planets metal medallion. The Cardassian Kanar will also be hand-numbered and come with an ornamental topper and a glowing Cardassian logo glass seal.

Some additional information about each of the upcoming releases from Star Trek Wines is below.

Third in a series of United Federation of Planet wines, the 2021 Andorian Blue Chardonnay features one-of-a-kind hand-numbered bottles, elegant silk screen designs and a special United Federation of Planets metal medallion affixed to the front of the bottle. Since the original Star Trek Series, blue spirits have long played a role in the Star Trek universe. The Andorian Blue Chardonnay, a premium Chardonnay from Santa Lucia Highlands, has a stellar blue color that pays homage to the history of colorful Star Trek spirits. Aged 12 months prior to bottling, the Andorian Blue has delicious notes of citrus, peach, and apricots. Bright, fresh acidity with a lush mouthfeel and long finish.

Our second new release for 2021 features the Cardassian Kanar – long considered one of the ‘holy grail’ collectables in the Star Trek Universe. Utilized in both Star Trek: Deep Space Nine & Star Trek: The Next Generation, the story of Kanar is intimately connected with the rise of the Cardassian Union and the strong bonds which hold the Union together. In its quest for authenticity, the Star Trek Wines/Wines That Rock team conducted a rigorous multi-year search for an original Cardassian Kanar bottle, a unique ‘serpent-shaped’ vessel, originally utilized in the 1950’s through the 70’s in Europe. With only a handful of the original bottles found, the team at Star Trek Wines/Wines That Rock rendered the few remaining bottles in 3D for accuracy and worked with a specialized facility in Southern Italy to recreate and forge an identical replica, resulting in one of the most fascinating bottles in the Galaxy.

Also replicated in a 3D rendering, this ornamental headpiece will be included with every bottle of Kanar. Rather than a traditional cork, the Kanar bottle also features a unique glass bottle seal complete with a glowing Cardassian logo. For the Kanar, our award-winning winemakers crafted this delicious, premium red blend of Cabernet Sauvignon, Merlot, Petite Sirah and Petite Verdot resulting in a dark, rich wine with notes of ripe blackberries and juicy blueberries, velvety tannins, and a long, delightful finish.

Two bottles of the Cardassian Kanar will cost $120, while two of the Andorian Blue will run you $120. If you’d prefer, Star Trek Wines also offers the two new wines together for $110, or in a “Full Armada” six-pack (which includes the two new wines and four previous releases) for $299.

For more information and to pre-order, visit StarTrekWines.com.

Stay tuned to TrekNews.net for all the latest merchandise releases.