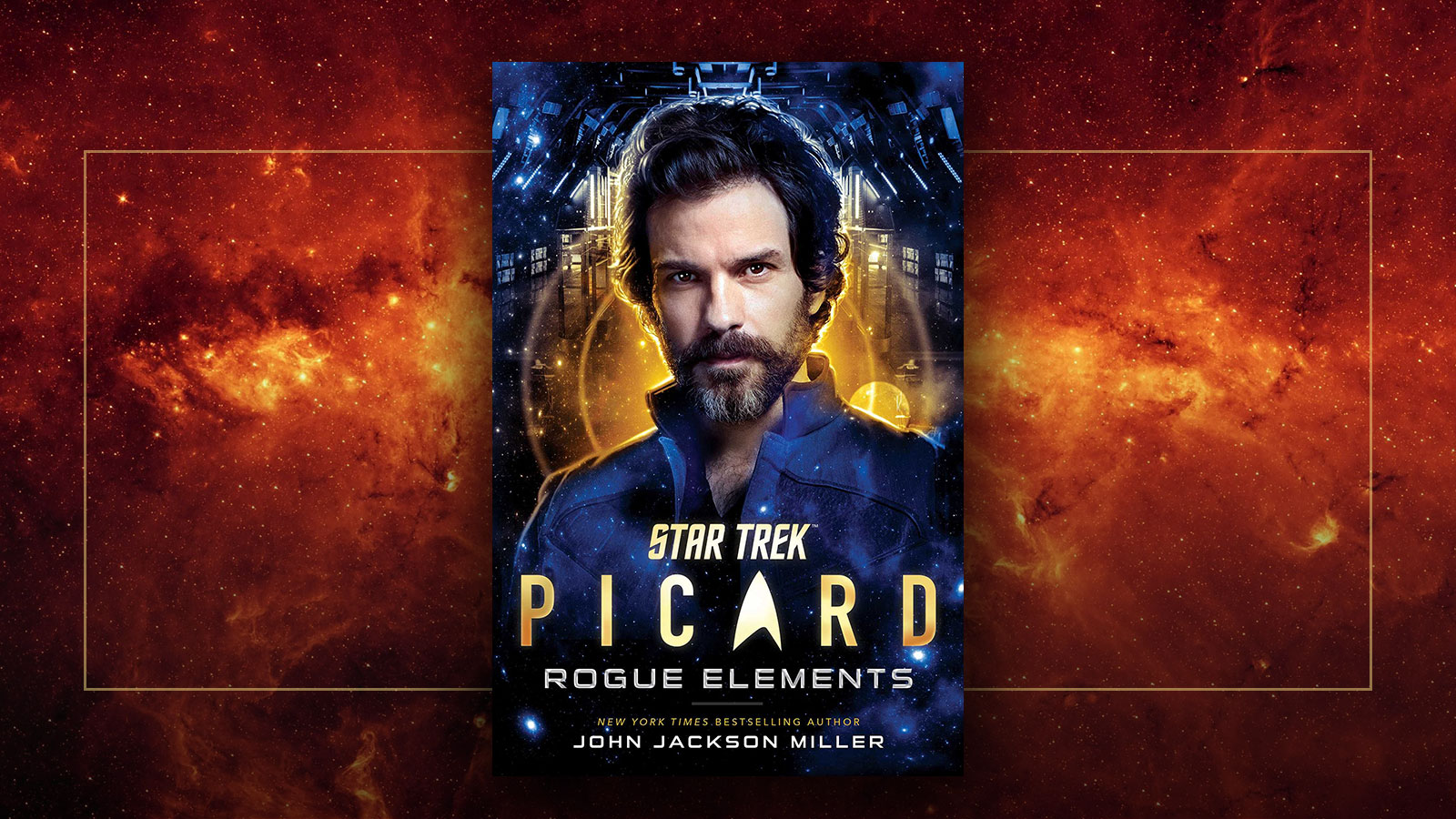 John Jackson Miller is no stranger to Star Trek. The prolific writer likely most well-known for his Star Wars authorship has tackled the current era of Trek before with Star Trek: Discovery: The Enterprise War and Star Trek: Discovery: Die Standing. Now, Jackson turns to Star Trek: Picard as the basis for his latest book, Rogue Elements, a tale about the roguish Cristobal Rios (who, for our money, was one of the most intriguing new characters from that show). Without venturing into spoilers, fans should know that Rogue Elements proves to be a fantastic precursor to Picard and deepens our appreciation for Rios as he navigates an adventure eight years before the titular show.

In Picard, Rios (Santiago Cabrera) is a Han Solo-esque charmer who has seen his fair share of trials and tribulations, including a disastrous exit from Starfleet service. Jackson expertly portrays his literary Rios the same way, perfectly capturing Cabrera’s humor, grit, and nonchalance as the character deals with… get this… the Iotians.

That’s right, the prohibition-era gangster society seen in The Original Series’ “A Piece of the Action” is at the center of Rios’ adventure. As a result, you can tell Jackson has some fun with the book and doesn’t mind crafting a more whimsical story – although that’s not to say there aren’t some high stakes for Rios. We liken the spirit of this book to some of the more humorous episodes of Star Trek, something akin to… well… “A Piece of the Action.” It’s a joy to read, and seeing how Rios, the 24th-century former Starfleet officer-turned-swashbuckler handles these anachronistic things will surely elicit a few chuckles.

One can’t help but think of Solo: A Star Wars Story as an apt comparison of how this book informs our understanding of a character we already know. Like the movie or not, Solo provided fans a look into a younger Han’s life and explained the genesis of some notable pieces of the character. Without giving away some of the book’s key insights, we learn more about how Rios deals with his explosive exit from Starfleet, how he acquires La Sirena, the genesis of his ship’s holograms, and how he manages to live his life within the aftermath of the Romulan supernova, among other things. Some familiar faces also make an appearance, which should just be the icing on the cake for fans.

Jackson, who said that his book was his “lockdown novel,” seems to have spent that time with Rios more than any real person; the result is a fantastic character portrait that deepens an already vibrant personality. If you enjoyed Rios in Picard, then you’ll surely find plenty to love about Rogue Elements.

In this article:Review, Star Trek: Picard