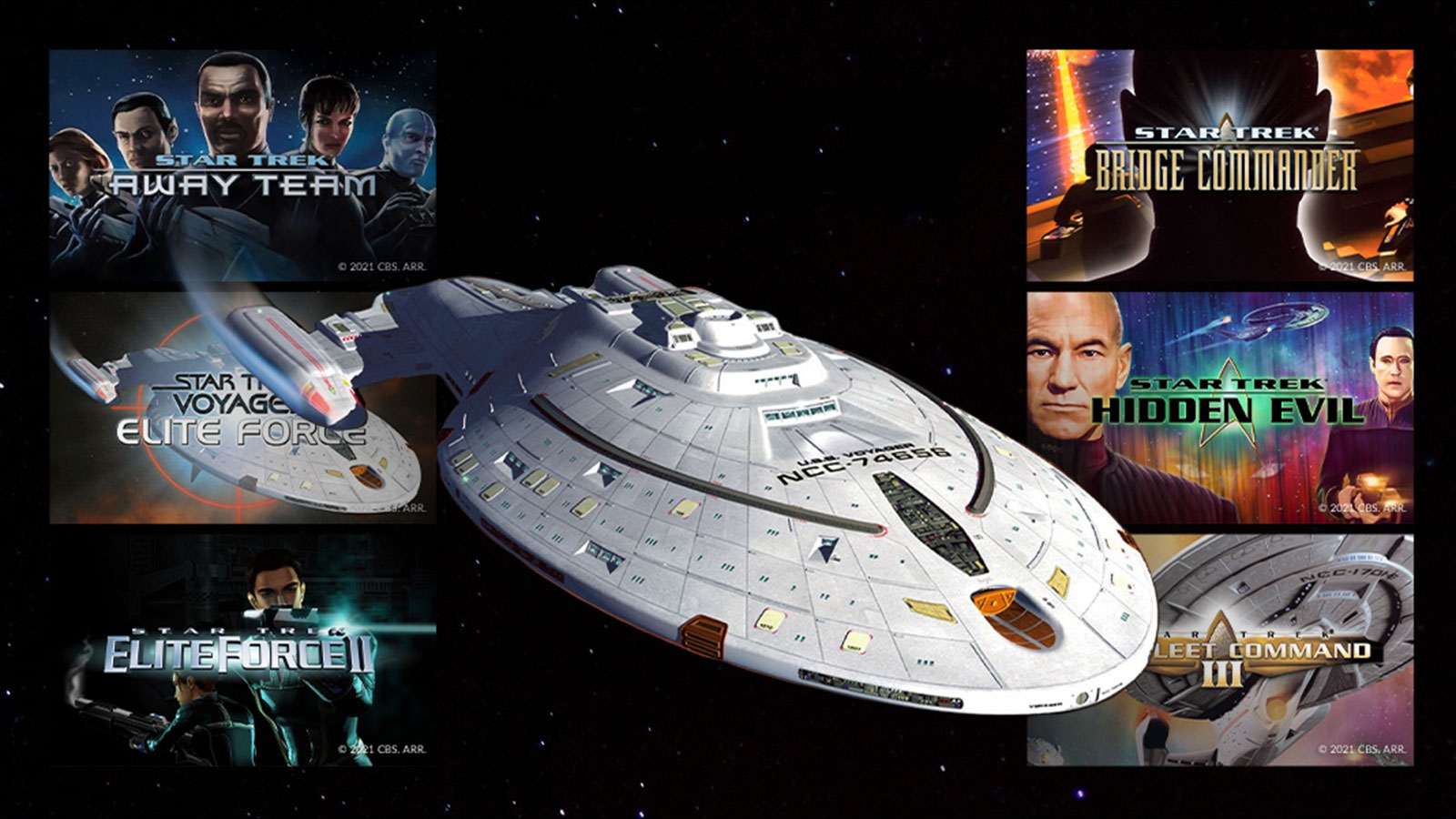 Star Trek: Voyager – Elite Force –a first-person shooter set onboard the USS Voyager where you must take on some of the most dangerous special missions.

Star Trek: Elite Force II – a stunning sequel set on Enterprise-E where you get your orders from Captain Jean-Luc Picard himself!

Star Trek: Away Team – an isometric turn-based tactical game influenced by titles like Commandos and the X-Com series.

Star Trek: Starfleet Command III – a simulation game with RPG elements where you can customize your starship and lead it into space battles.

Star Trek: Bridge Commander – a space combat simulation game that sits you in an actual captain’s chair with a crew waiting for your orders.

Star Trek: Armada and its sequel are slated as “TBA.”

A few years ago, we looked back at Elite Force (often considered the best Star Trek game of all time) with the game’s director, Brian Pelletier, and found it holds up well after all these years.

To purchase the games, visit gog.com/partner/startrek.