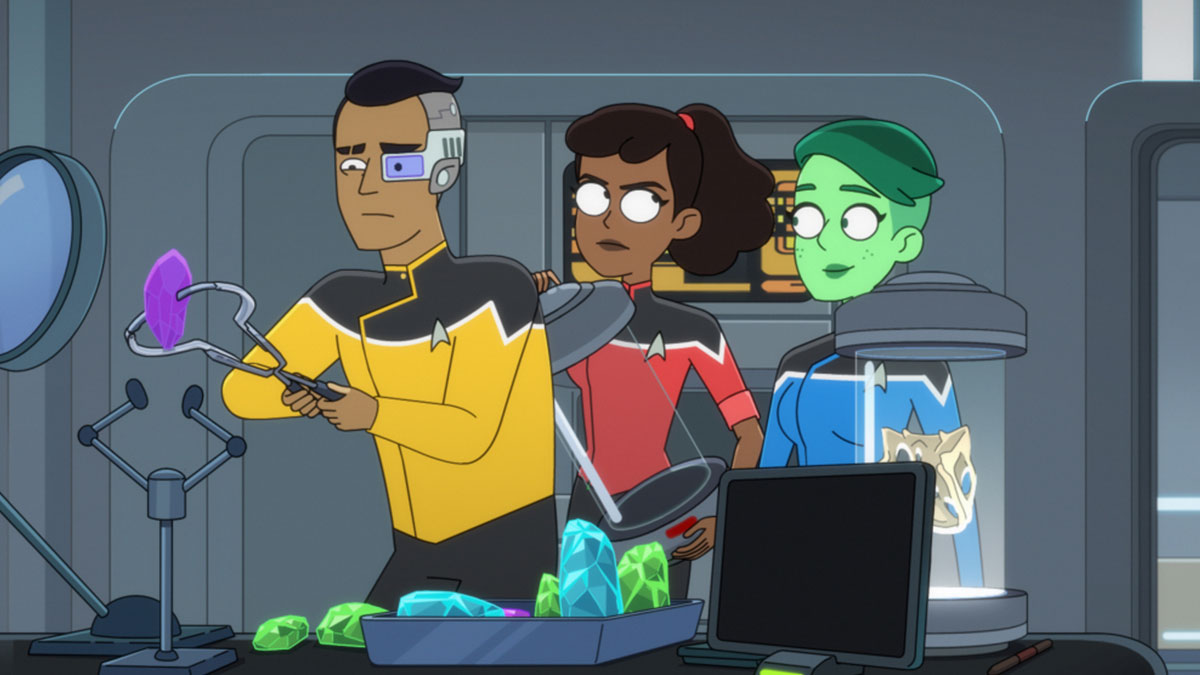 Star Trek: Lower Decks returns this week with the sixth episode of the series’ second season with “The Spy Humongous.” Written by John Cochran and directed by Bob Suarez, the episode will stream on Paramount+ beginning on Thursday, September 16th.

Check out six new photos below.