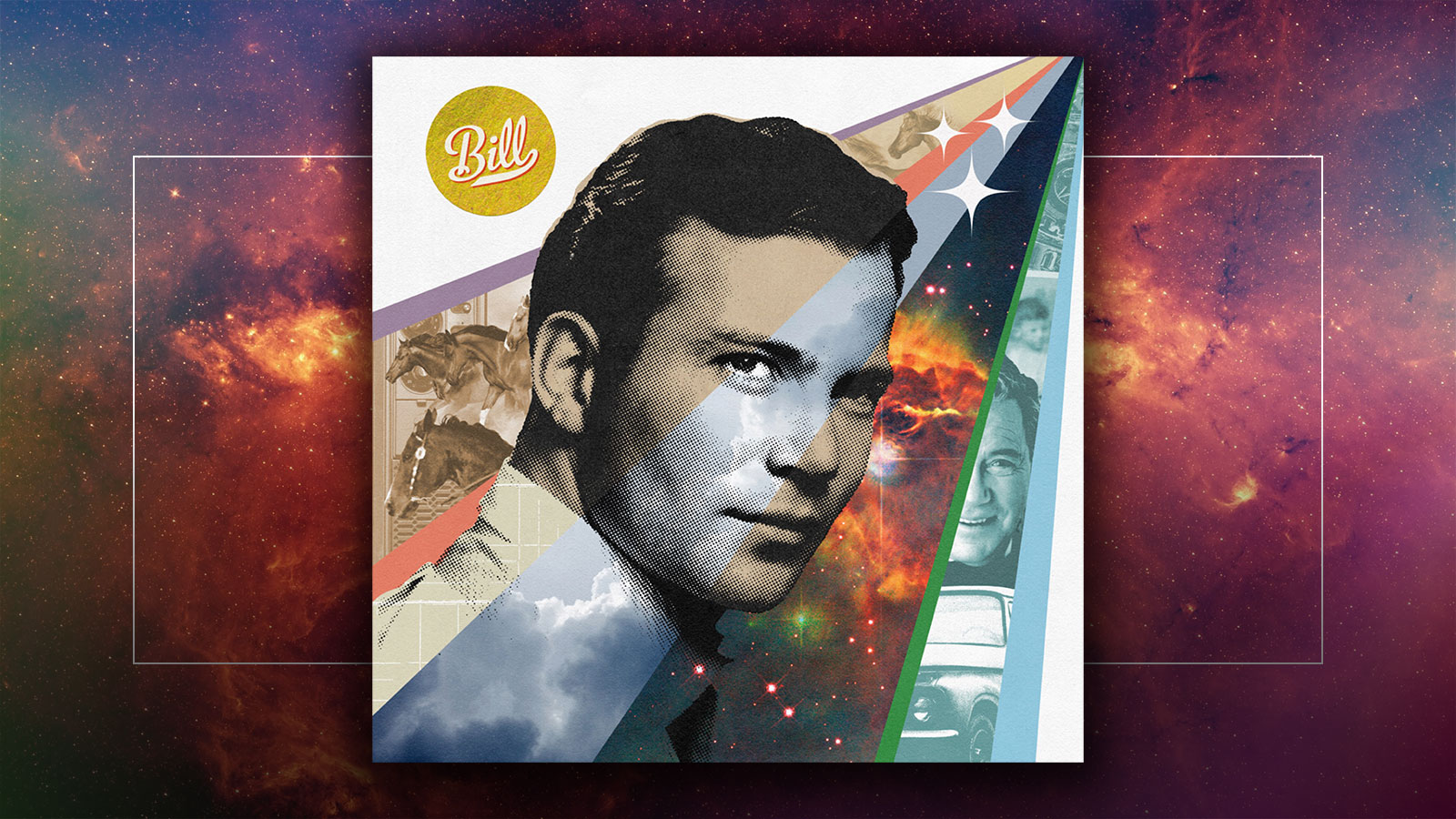 William Shatner released a movie this year called Senior Moment. He currently hosts a show, The UnXplained, on the History Channel. He recently swam with sharks as part of Shark Week. And of course, as if anyone had any doubt this would happen at some point, William Shatner is going to space. And now, the man has released another album in his decades-long side gig as a singer/songwriter.

It’s remarkable, truly. Shatner’s love of life is his self-admitted secret to a long, prosperous existence. Anybody who has read any of his autobiographies, like Up Till Now: The Autobiography, Leonard: My Fifty-Year Friendship with a Remarkable Man, or Live Long And…: What I Might Have Learned Along the Way would know this. But if you happen to not have read any of his published work, know that his discography actually describes the man’s life in its own, special way. Such is certainly the case with Bill, the aptly-titled autobiographical album released on September 24th.

If you’re someone who wants to learn more about Shatner, or if you’re someone who already delves into works about the man himself, Bill is certainly worth a listen. The story of his life is not laid out as straight-forwardly or narratively as a traditional autobiography would offer, but listeners still get remarkable insight into salient themes, interests, and moments in Shatner’s life.

For example, the album’s first song, “I Ride,” shows the energetic Shatner, in his typical spoken-word style, illustrating why he loves riding motorcycles. “Black Horse,” tells of the man’s intense relationship with one of his horses. “Masks” is a look at how Shatner, the man, feels about Shatner, the actor, a persona adopted gradually and naturally over his 70-year career.

Other songs, like “Loneliness” (which we think is the album’s best song) are a full-frontal look at how Shatner is haunted and dogged by the titular emotion, even when surrounded by people and things he loves. “Clouds of Guilt” has Shatner explaining how guilt has been a persistent emotion in his life, for a variety of reasons. Likewise, “Just Forgive” is a lesson in letting go of arguments and ill feelings, and how not forgiving people can lead to poor quality of life.

“Mindfulness taught me to try to live life aware of each moment, free of judgment or strife. But lately, my thoughts drift beyond waking breath, I find time better spent pondering… death.”

Shatner, in “What Do We Know.”

And for all the manic-depressives out there, Shatner shares his feelings on one of the most prominent topics of his autobiographical works: death. It’s a topic Shatner has ruminated on in the likes of Ponder the Mystery (which we maintain is his best album to date) and his book Up Till Now. Shatner is a curious fellow, so the prospect of facing something of which we have no knowledge intrigues and terrifies him. On Bill, this sentiment is shared in “What Do We Know,” “Love, Death, and Horses,” and “Loneliness.” It’s fascinating hearing the 90-year-old man express such thoughts, and it’ll certainly make you think…

Of course, Shatner doesn’t perform on the album by his lonesome. A host of musicians are featured throughout this release, including Joe Walsh, Joe Jonas, Brad Paisley, jazz musician Dave Koz, and gospel artist Robert Randolph, among others. It’s a nice ensemble, and each musician brings a different musical style to their tracks, which makes Bill a surprisingly musically diverse album.

Taken together, Bill presents an intriguing look at Shatner’s life and offers fans a different method through which to learn about this icon. Bill humanizes Shatner in a way you won’t discover if you just stick to seeing the man in an acting capacity. After nine decades on Earth, you suspect Shatner has some thoughts on the human condition and his broad experiences – and thankfully, he’s not shy about sharing them. While we can’t say Bill will make for repeatable listening, except perhaps for select tracks like “Loneliness” and “Thunder and Fire,” it’s certainly worth at least one full playthrough.

Bill is now available on Amazon, and major streaming services.