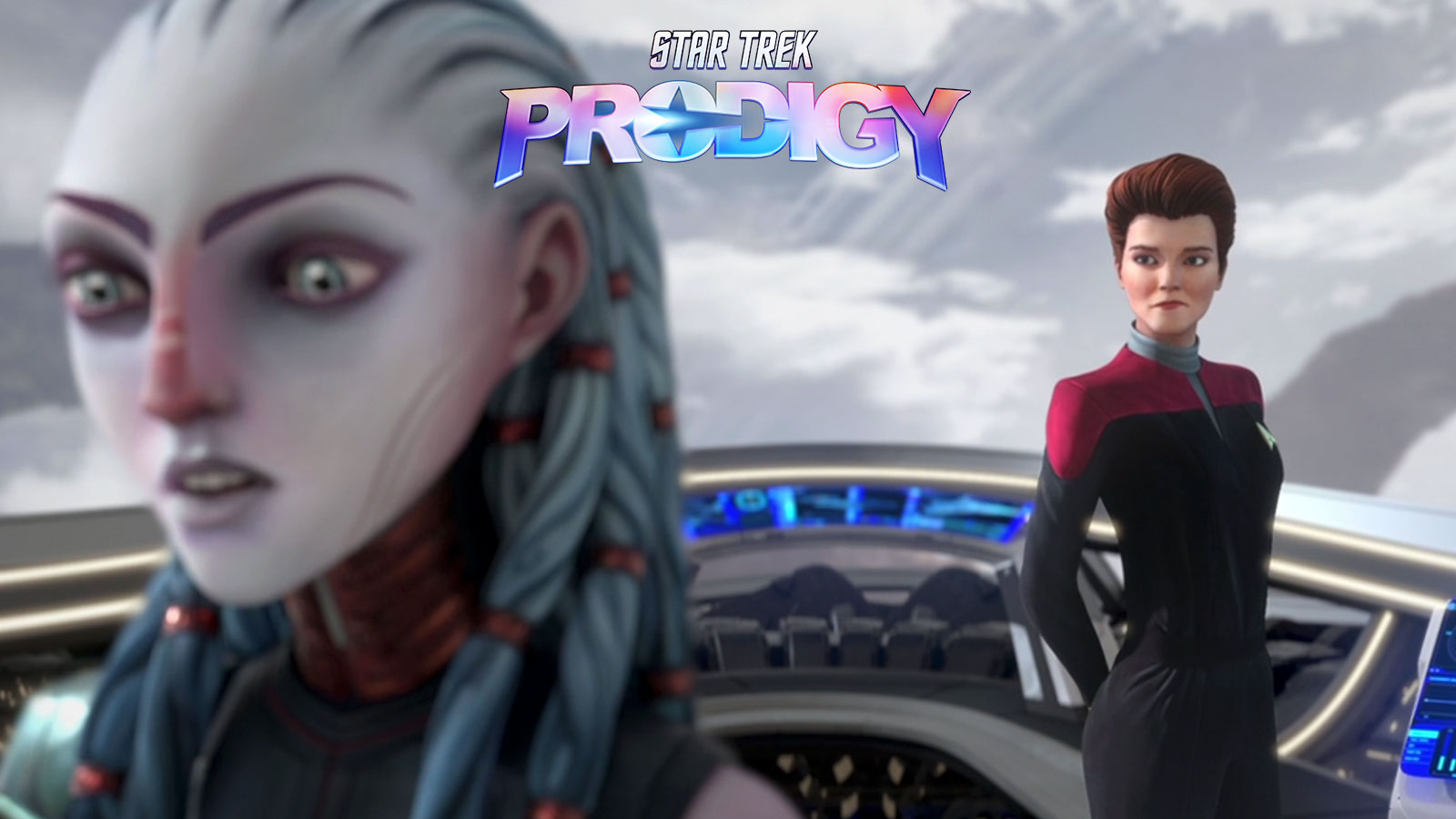 With some basic ship training under their belt, the crew of the Protostar embarks on their first away mission on a beautiful planet that hides a sinister ulterior motive.

At the end of the last episode, it was clear Dal (Brett Gray) and crew needed to learn more about the ship they now inhabit. Luckily, holographic Captain Janeway (Kate Mulgrew) shows them a few pointers on piloting and navigation, and the crew gains enough confidence to target a nearby planet for their first away mission. Nothing ever goes wrong on away missions, right?

Landing on the ringed, picture-esque Class-M planet, the Protostar holds a surprise for the crew: a rover stashed in the ship’s vehicle bay. The crew is super-excited to get out and start exploring — albeit in different directions. Dal takes the rover and drives away maniacally, still pretty over-confident in himself even after his inadequate captaincy in the previous episode, and Rok-Tahk (Rylee Alazraqui), Jankom Pog (Jason Mantzoukas), and Zero (Angus Imrie) branch out on their own. Bad idea!

It’s clear pretty quickly that something is up with the planet. Rok-Tahk encounters a group of lovable alien puppies, which she immediately starts playing with; Jankom encounters a hut with a boiling pot of something that satisfies even his usually over-indulgent appetite; and Zero happens upon a maze that leads it eventually to… the Protostar‘s engine. Clearly, these encounters are tailored to the specific interests of each character, and surely not for any altruistic reason. Dal puts the pieces together when he drives near two familiar-looking aliens – two people that could only be his parents, although he never gets a good look at their faces, as is his most pressing wish. The planet, which soon manifests villainously as an image of holo-Janeway, is trying to lure wayward crews like those on the Protostar to be captured and ingested as food. Pretty dark for a kid’s show, we have to admit.

Kudos to writer Lisa Schultz Boyd for practicing the “show, don’t tell” writing maxim by creating a situation where we get some characterization for our young crew in an organic way. For example: sure, Dal could have simply told somebody that his greatest wish is to see what his parents looked like, but instead, we learn about that aspect of his character thanks to this predatory planet. Not every character gets as hard-hitting background; we already know Jankom Pog likes to eat, so his experience with this planet isn’t too revelatory, but we do appreciate more evidence that Rok-Tahk is as innocent and full-of-wonder as she appears to be, and that Zero’s most passionate interests are engineering and puzzles.

Of course, we haven’t accounted for another member of the Protostar‘s crew: Gwyn (Ella Purnell). The prisoner is left aboard the ship while the others explore, but she uses the solitude to telepathically reach out to her matter-transforming weapon, stored in the cargo bay, to destroy the console powering the brig. With only holo-Janeway to stop her, she quickly reprograms the captain and takes control of the ship – all while using skills her father taught her. The Diviner (John Noble) was clearly preparing young Gwyn to command the Protostar whenever he found it, and now, without him there, she gets the chance to. She contacts her father, who is out in space searching for his daughter, and tells him where they are. As we learn via the planet’s desire-fulfilling powers, Gwyn’s greatest wish is for her father to show affection – and when she sees her father do just that, she automatically knows it’s a fake projection of him. Heart-breaking!

While Gwyn tries to escape the planet, the ship is entrapped by sinewy vines protruding from the surface. Unable to maintain control of the vessel, Gwyn launches herself in a shuttle, thankfully rescuing Murf (Dee Bradley Baker) first, before the ship crashes out of sight. The crew is now stranded, with not even holo-Janeway to help them.

We’ll have to wait until next week to see how the crew gets their ship back and continue exploring the stars, but for now, we were satisfied by this entry of the nascent show. Despite some, ahem, indulgent humor aimed squarely for kids, “Dreamcatcher” uses an engaging sci-fi concept to help organically introduce some backstory into our young crew. While we would have liked to see a more impactful background for other characters besides Dal and Gwyn, we know there’s still another episode left in this two-parter, and it’s clear this planet hasn’t finished toying with our characters yet.