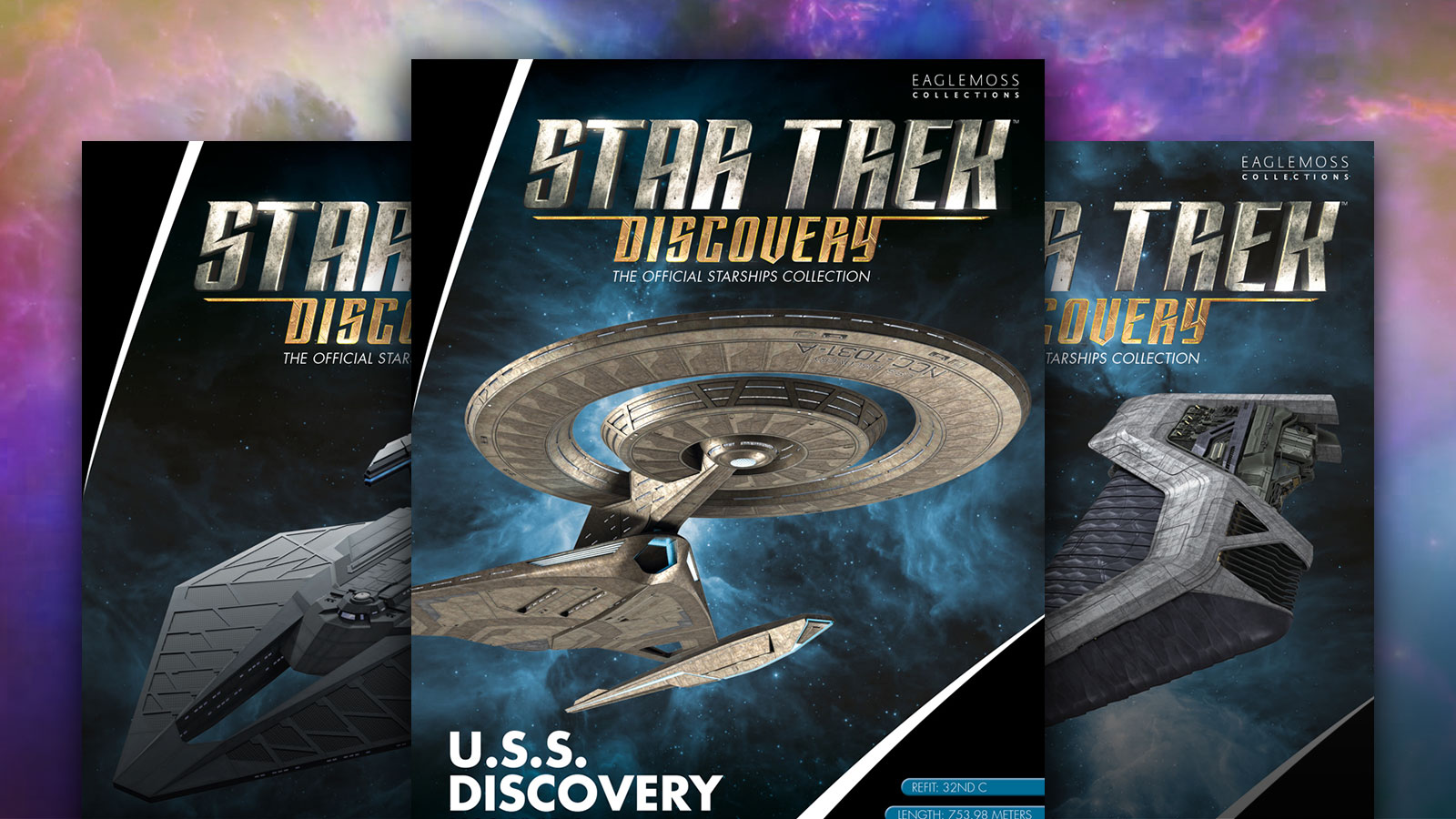 The new trio of ships to join the collection are:

The covert ops organization Section 31 secretly developed and deployed a number of stealth ships, with the Deimos-Class serving as a mothership. It’s actually based on a Federation design for a smaller intel science destroyer and was extended to a length of nearly 900 meters. The Deimos also boasts swarms of autonomous drone-fighters stored in the saucer “wings” on either side of its central spine.

Priced at $55 each, starships come packaged with a magazine that includes a detailed profile of the ship, along with behind-the-scenes information about its creation, complete with original sketches, plus artist and designer interviews. The ship itself, made from die-cast metal and resin, comes with a base and a stand.

As always with Hero Collector’s Starships Collections, fans can sign up for a monthly subscription or purchase ships individually through the Eaglemoss shop or specialty retail. If you’d like to purchase previously published starships there are also Black Friday and Cyber Monday deals being offered on both Eaglemoss’s UK/European website and the US website.