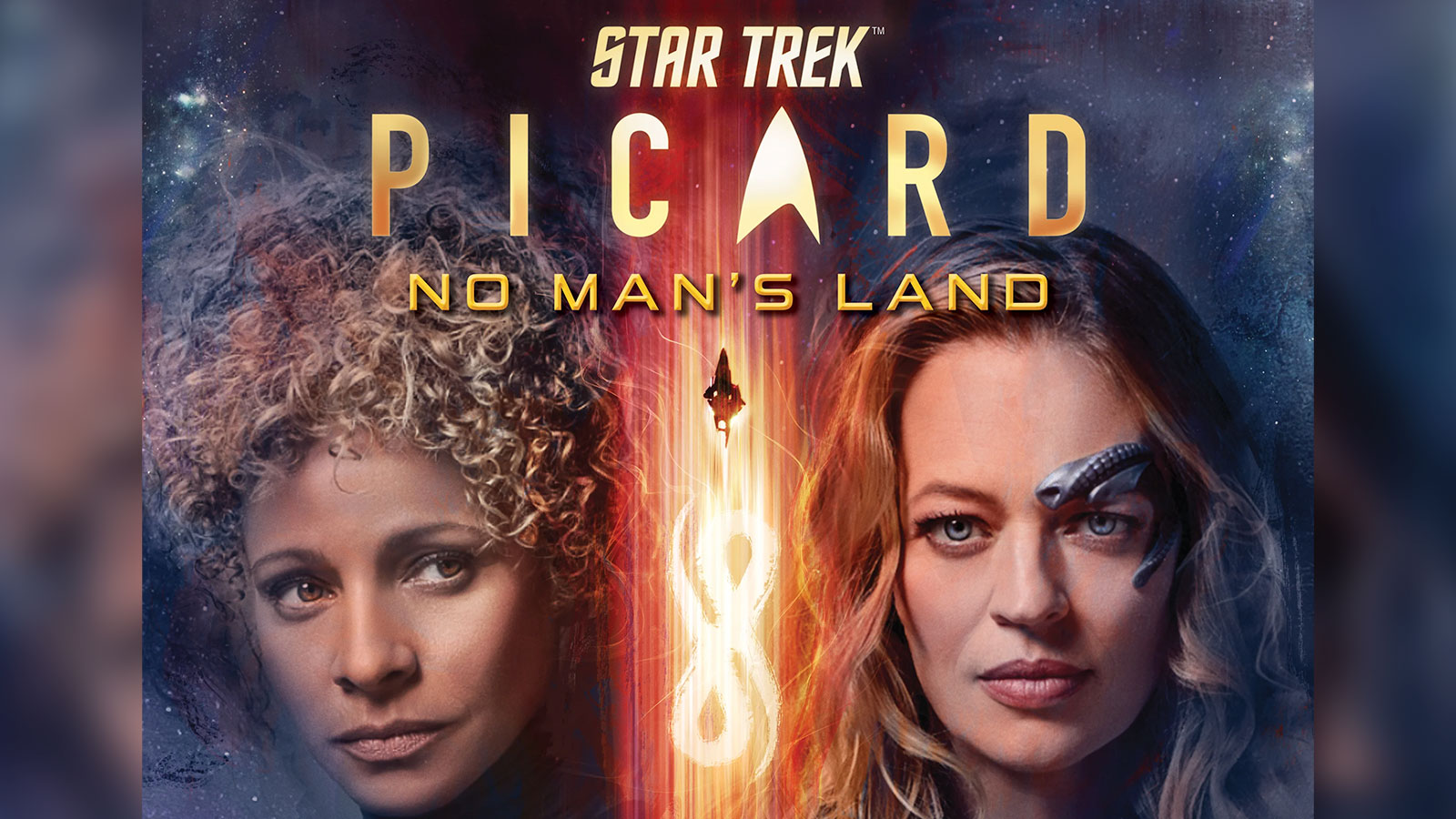 Star Trek is set to enter the world of audio dramas, as Simon & Schuster have announced the upcoming release of Star Trek: Picard: No Man’s Land. The full-cast audio drama will see Jeri Ryan and Michelle Hurd return to their Picard roles as Seven of Nine and Raffi, respectively, as they further explore the relationship we saw blossom between them in the first season of the Paramount+ series.

The audio drama will be set immediately after the events of Star Trek: Picard season one and is written by series co-creator Kirsten Beyer and Star Trek comics writer Mike Johnson. First details were revealed on StarTrek.com today:

While Seven of Nine and Raffi are enjoying some much-needed R&R in Raffi’s remote hideaway, their downtime is interrupted by an urgent cry for help: a distant, beleaguered planet has enlisted the Fenris Rangers to save an embattled evacuation effort. As Seven and Raffi team up to rescue a mysteriously ageless professor, whose infinity-shaped talisman has placed him in the deadly sights of a vicious Romulan warlord, they take tentative steps to explore the attraction depicted in the final moments of Picard season one.

In addition to Ryan and Hurd, the extended cast of No Man’s Land includes Fred Tatasciore (Lt. Shaxs on Star Trek: Lower Decks), John Kassir (The Cryptkeepr on HBO’s Tales from the Crypt), and John Cutmore-Scott (Cameron and Jonathan Black on ABC’s Deception).

No Man’s Land will run 1 hour and 40 minutes and will be released on February 22nd.

You can pre-order your copy on Amazon.