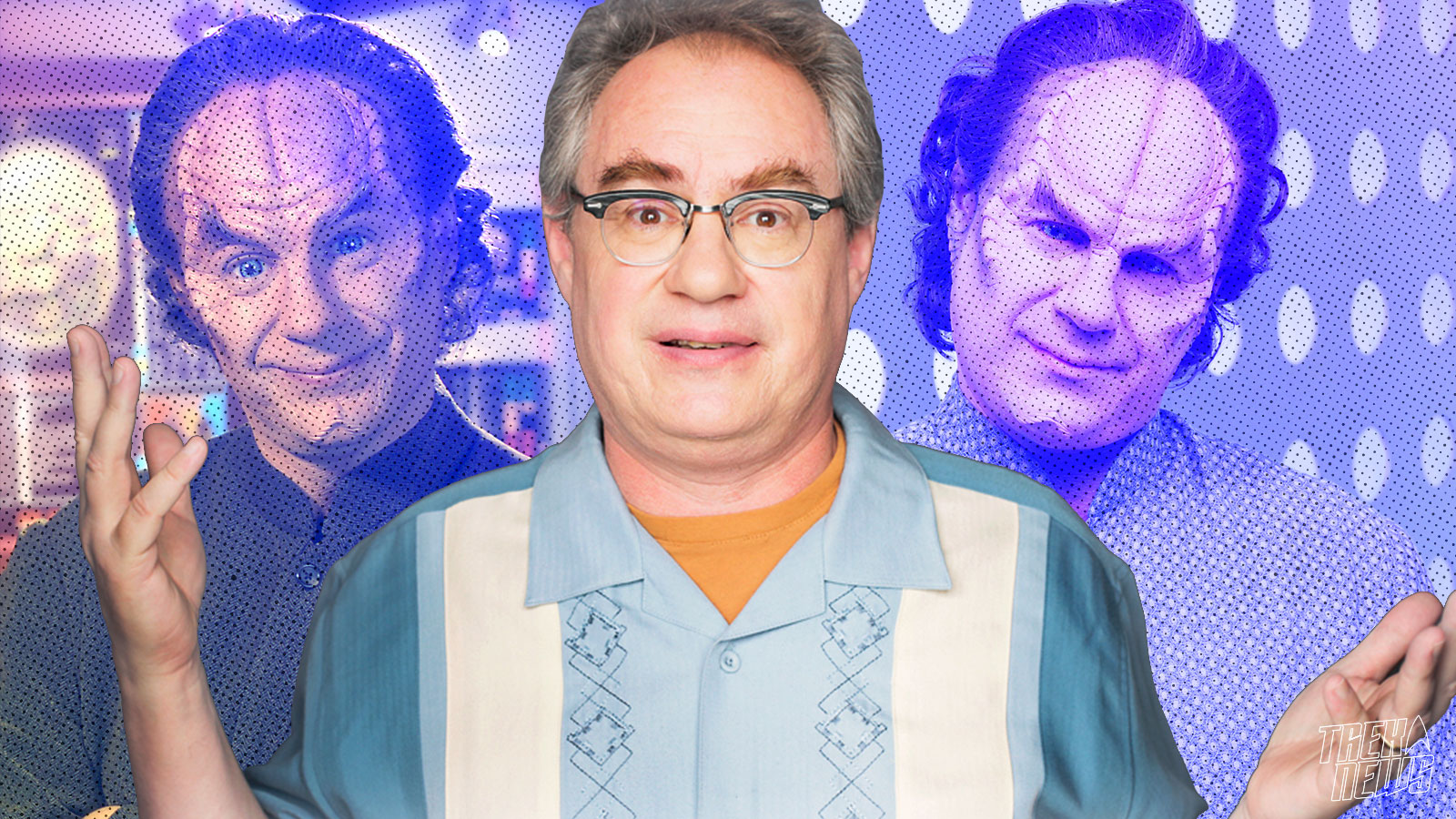 John Billingsley, known for playing Doctor Phlox on Star Trek: Enterprise, may not be on-screen much these days, but he’s plenty busy working behind the scenes for a charity that helps care for those in need. This charity, the Hollywood Food Coalition (HFC), is the beneficiary of an upcoming event, TREK*Talks, hosted by TrekGeeks and Roddenberry Podcasts. The event will feature dozens of Star Trek alumni coming together for a live-streamed telethon to help raise awareness for HFC and charity work in general.

Billingsley was kind enough to sit down with TrekNews.net for an extended two-part conversation about the importance of HFC, his passion for charity work, his time on Enterprise, and more.

Check out the first part of that interview below.

Billingsley is the board president of Hollywood Food Coalition. It’s an organization based in Los Angeles County that takes great pride in the fact that, since 1987, they have served meals every night to those in need. The organization works to rescue food that would otherwise be wasted, and it also distributes basic necessities like clothes, shoes, and blankets to those who need them.

We asked John how he came to be such a key player in this altruistic organization, and it all started with… a fruit salad.

“About five years ago, I walked through their doors to make a fruit salad that they could use for their services, and be careful what you wish for… you crack your knuckles and say, ‘what can I do to help?’ and suddenly you’re the board president! I’ve always been, to an extent, involved with social service work. I was looking for an organization to give more of my time to. I’m in my 60s, and I wanted to kind of segue myself out of the full-time acting career to my second love, which is civic service. It’s always been really important to me.”

John explained how he immediately fell in love with the Hollywood Food Coalition and its mission. When he and his wife, Bonita Friedericy (who played the scientist “Rooney” in the Enterprise episode “Regeneration”), joined the cause, they used their connections in the film and television business to help HFC expand its outreach. The organization started reusing food from television and movie sets; oftentimes, unused food gets thrown away and placed in a landfill, which is harmful to the environment and simply wasteful. Repurposing food in vast quantities is just one of the ways HFC carries out its mission.

“We got together a group of about 40 or 50 people from the TV industry, and they’d pick up thousands of pounds of food a week, and it was used to augment HFC’s nightly meal to our clients,” John explained. “Nowadays, we’re gathering about two million pounds of food every year and we use it not only for our events, but we share it with almost 100 not-for-profits. The idea is to augment their capacity to serve meals to their clients.”

This food-sharing network – called Community Exchange – is just one way the Hollywood Food Coalition helps thousands of people on a regular basis. John points out that food is the first step to helping people tackle other challenges in their life.

“You’re not going to beat that alcohol addiction if you can’t feed yourself,” he noted.

But HFC does much more than just give people food. It works with mobile clinics to provide medical and vision care, and it points people in need to where they can find rent assistance programs, substance abuse programs, housing, and employment services.

The Power of Trekkies

If you think HFC sounds like an organization straight from the mind of Gene Roddenberry, you’re not alone. In fact, John hopes TREK*Talks inspires Star Trek celebrities and fans alike to pursue whatever charitable or volunteer causes they are passionate about, as such kindness and altruism is a staple of the Star Trek utopia.

“To me, the whole Trek conceit this is a perfectible universe. It’s the idea that we’re able to get to the point where we get along, that we are actually able to one day come together and say, ‘now let’s do better,’” John said. “We all have to ask ourselves how are we making that difference individually? That’s where major change starts.”

TREK*Talks aims to raise awareness and money for this noble cause. The impressive guest list includes Star Trek alumni from behind and in-front of the camera from almost all the series, as well as real-life scientists who are there to talk about “the real deal.” Panels will include one dedicated to Deep Space Nine, one exploring the creative minds behind the shows, one that’s a chat with directors (including Jonathan Frakes), one with writers from various Star Trek shows, and one talking with some of the familiar voices from recent animated Star Trek shows, among others.

In John’s eyes, the event is already successful based on the dozens of celebrities who have agreed to partake in the event.

“Because so many Star Trek folks have offered their time for this event, I would love to believe a lot of people will come and watch, listen, and hopefully are inspired by the work we do and perhaps generously donate to our cause,” John said.

Of course, John has a lot of help behind the scenes to make HFC as successful as it is. Case in point: fellow Star Trek alum David Livingston (the most prolific director in the entire franchise, with 62 Star Trek directing credits to his name), is a fellow board member. John explained how David’s amazing photography skills helped illuminate the threat facing people in need.

“A few years ago before he was part of the Hollywood Food Coalition, David took street shots of people facing homelessness,” John explained. “The photos were lively and colorful, and they remind you that every human being on the street is living a life. The tendency is to sometimes look at people, and a little filter activates over our head and turns them into black and white. David reminded us visually of the color and the vibrancy of every human soul.”

Sounds like a scene out of Deep Space Nine‘s “Past Tense,” doesn’t it?

“I introduced David to our organization, and he fell in love with it,” John continued. “He’s been really instrumental in making TREK*Talks happen. David knew a lot more people in Star Trek than I did.”

Stay tuned tomorrow for the second part of our interview with John, where we talk about his chance at a lunch with William Shatner and Leonard Nimoy, his advice to young actors making their way into the Star Trek franchise, if he would go to space, and much more!