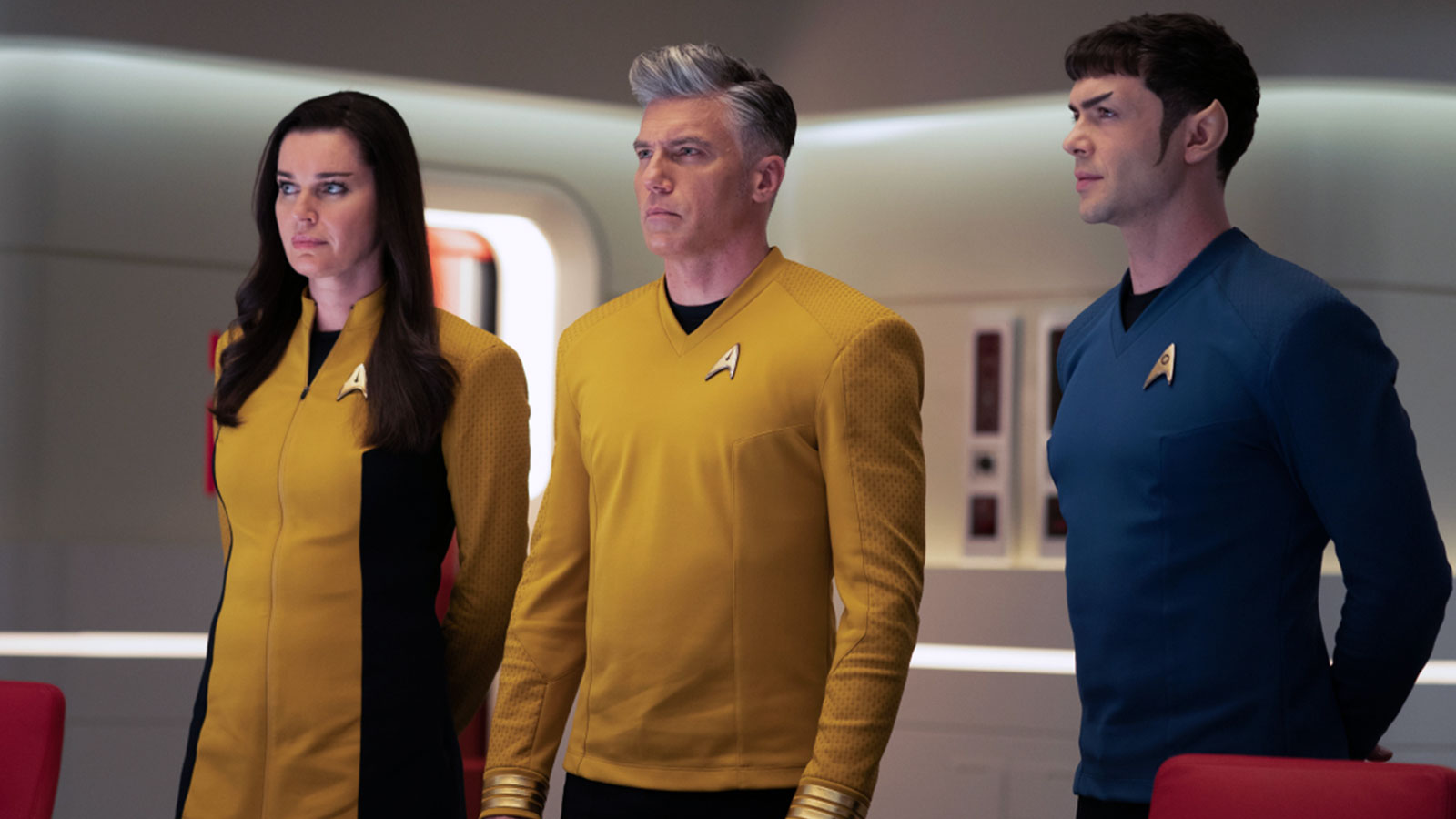 Following the premiere of Star Trek: Strange New Worlds last week, the series returns on Thursday with its second episode “Children of the Comet” and we have a collection of new photos and a trailer.

The episode, written by Henry Alonso Myers and Sarah Tarkoff and directed by Maja Vrvilo, premieres Thursday, May 12th on Paramount+.

While on a survey mission, the U.S.S. Enterprise discovers a comet is going to strike an inhabited planet. They try to re-route the comet, only to find that an ancient alien relic buried on the comet’s icy surface is somehow stopping them. As the away team try to unlock the relic’s secrets, Pike and Number One deal with a group of zealots who want to prevent the U.S.S. Enterprise from interfering.