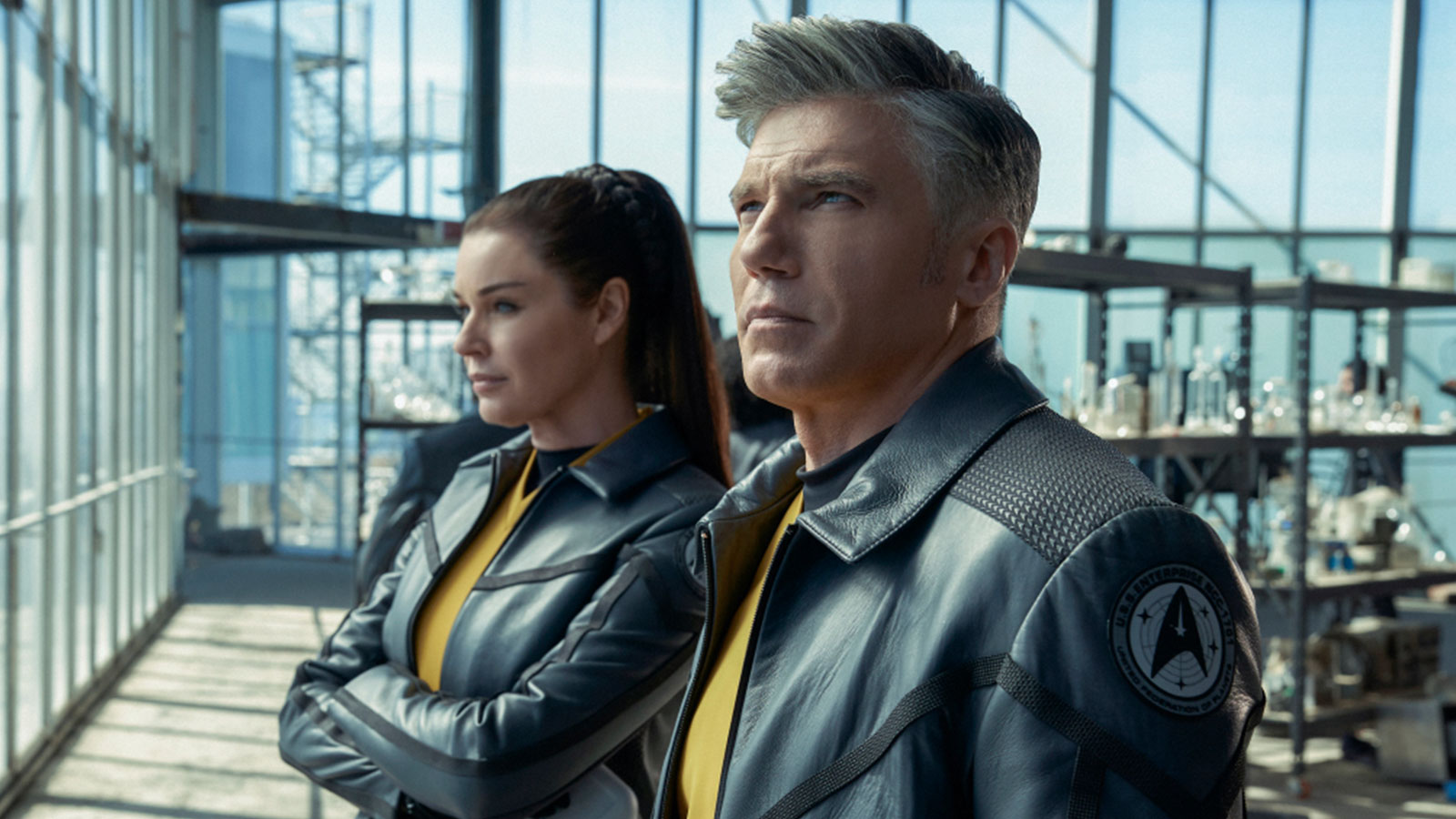 Star Trek: Strange New Worlds returns on Thursday with the third episode of the series “Children of the Comet” and we have a collection of new photos, a teaser trailer, and a sneak peek at what’s in store.

The episode, written by Akela Cooper and Bill Wolkoff and directed by Leslie Hope, premieres Thursday, May 19th on Paramount+.

The U.S.S. Enterprise encounters a contagion that ravages the ship. One by one, the entire crew is incapacitated except for Number One, Una Chin-Riley, who must now confront a secret she’s been hiding as she races to find a cure.