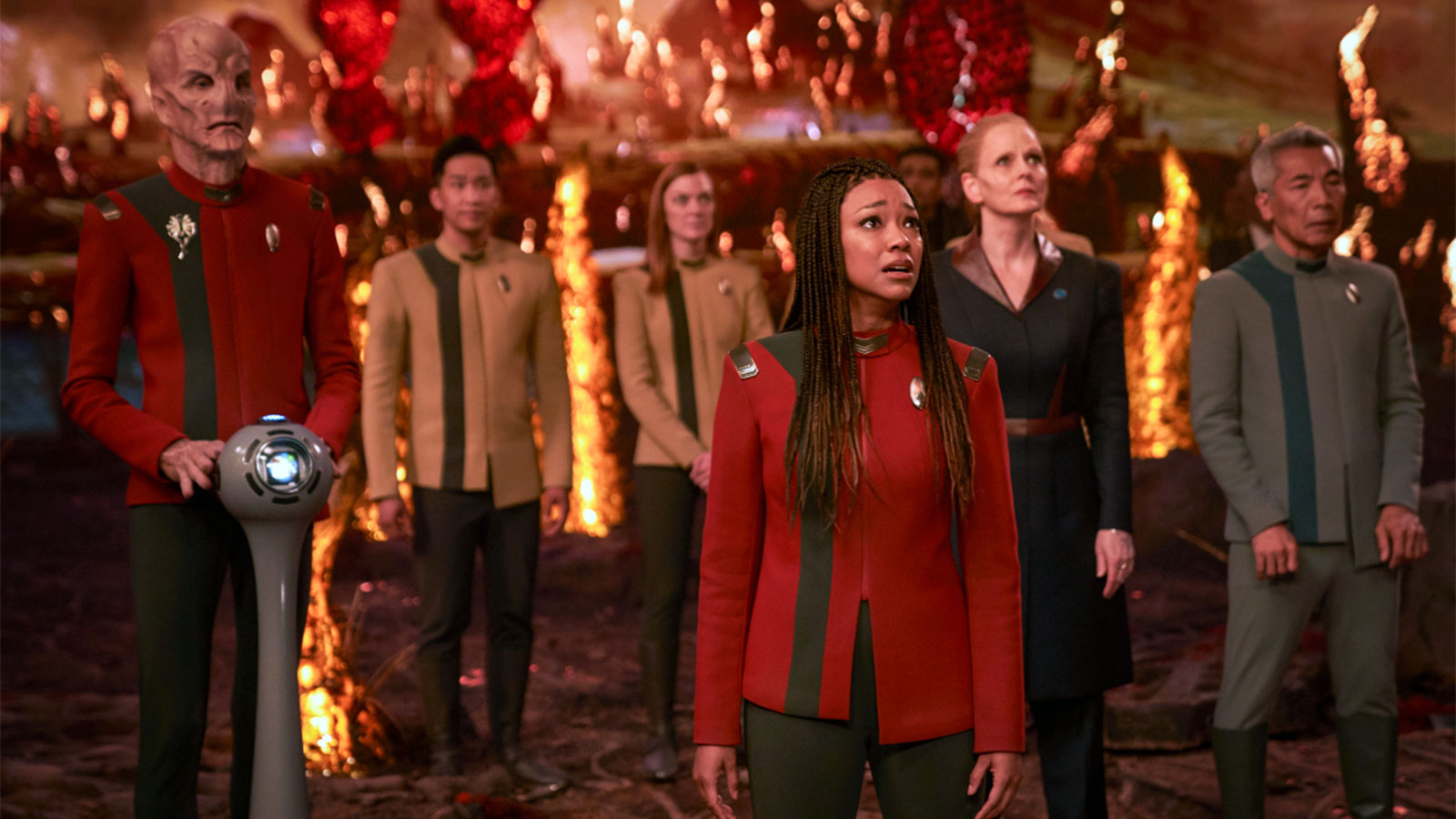 I feel like I need to state this upfront. The headline makes it seem like I don’t like Star Trek: Discovery but, since it debuted in 2017, I’ve been a big fan of the series and I’ve championed it many times as the producer and co-host of Discovering Trek: Discovery on the Trek Geeks Podcast Network.

I genuinely love the show. I love these characters. I love how the series finds new ways to bring the messages of Star Trek to a modern audience.

Without Star Trek: Discovery and its undeniable success, there is no modern resurgence of Star Trek. It’s that simple. There has never been a better time to be a fan of Star Trek, and we’ve never had the embarrassment of riches that we have now as a fandom.

Admittedly, I’ve never written for or worked in television in any way. One could sit back and call me an “Armchair Quarterback,” and that would be a valid criticism that I would accept. Hundreds of people work very hard on every episode of Star Trek: Discovery and I appreciate the contribution of every single one of them. I am not trying to offend any of those people or minimize the exceptional work that they all do.

I’m an unabashed fan of Star Trek: Discovery and I will always be.

Putting the pieces together

All of that said, each season has seen the crew of the U.S.S. Discovery faces an unbelievable threat to humanity and/or sentient life—and the stakes seem to grow exponentially larger than the year before.

Each season is an intricate puzzle that must be solved before it’s too late and Discovery is the only ship that can save the entire galaxy.

It’s a format that lately I’ve been referring to as a Puzzle Box: you put the pieces of the puzzle together to unlock the solution to the problem in the nick of time.
To apply that to Star Trek: Discovery, the puzzle is the galaxy-ending threat. The 10 to 14 episodes in which the story is told are the puzzle pieces. Then you sprinkle in some plot twists. Some head fakes. Perhaps the occasional red herring. Then, you top it off with character building, allegory, and messages that resonate to get the puzzle’s solution.

I’ve discovered about Discovery that it’s all pretty exhausting after a while. Yes, a lot of shows do this, but I think that only adds to the problem.

I believe that Star Trek: Discovery has a fatigue problem that is on both sides of the equation.

It’s been difficult for me to admit because I truly enjoy the show, but every season I find myself wearier and wearier — to the point where I think the format is ultimately doing Discovery a huge disservice.

The stakes are constantly as high as they can possibly be and then each subsequent season doubles down on those stakes to make them even greater than the year before. It’s happened so many times now that I find it practically impossible for them to get any higher in Season 5 and beyond.

This also does a disservice to the viewer. At this point, I have a hard time buying into whatever the threat will be in the future because I’ve already been down this road four other times. When the threat is constantly of epic proportions, it inevitably leads to the point where there is simply nowhere left for it to go.

Additionally, it all occurs at a pace that can be pretty tiring. Whether you watch Discovery weekly or binge-watch an entire season, you’re pretty exhausted when the season finale comes around.

It’s a condition I feel is more prevalent with Star Trek: Discovery than any of the other shows currently in production. However, if Discovery has taught me anything, it’s that puzzles can always be solved.

I genuinely believe it’s time for Star Trek: Discovery to shake up its storytelling in a few notable areas.

Put the Puzzle Box on the Shelf: I believe that it worked the first couple of seasons, but I think the time has come to retire the “puzzle box” format. It’s no longer compelling or believable and I think it gets in the way of Discovery’s potential.

Introduce a series of mini-arcs: The serialized format wouldn’t necessarily have to go away completely. There could be shorter two or three-part arcs of plots to allow for some expanded storytelling and do some bigger things with these wonderful characters.

Give the bridge crew something substantive: Speaking of wonderful characters, after four seasons we’ve seen so precious little of the rest of Discovery’s Bridge Crew. Owosekun, Detmer, Bryce, Rhys, and Nilsson could all use some more stories featuring their character’s development. The one time we got an episode that really focused on one of the other Bridge officers, it was Airiam and that character died in the same episode. We’ve learned a little about them each year, but it’s time to feature them prominently and to do it more often. As much as I love the character and the journey she’s been on, Burnham doesn’t have to do everything. She’s the Captain now, she should learn how to delegate.

Get episodic every now and then: Discovery does this on a smaller scale from time to time, but this is something that Deep Space Nine did exceedingly well. Even during the height of the Dominion War, DS9 still managed to tell a lot of one-off stories that focused on characters or something lighter to downshift amid all the heavy topics during the war and their repercussions. Discovery could be served very well by being a little more episodic and, if the launch of Star Trek: Strange New Worlds tells us anything, it’s that episodic Star Trek will never go out of style.

One of the things that Star Trek: Discovery did exceedingly well in Season 4 was First Contact with Species 10-C, the originators of the Dark Matter Anomaly.

It was its own challenge in unlocking the mystery of the DMA and I thought that aspect was something that the show did really well. It took this concept of seeking out new life and new civilizations and put a 32nd-century spin on it.

Discovery really leaned into that first contact situation hard and it worked.
For 56 years, Star Trek has taught us that the unknown isn’t always something to be feared, but we should always strive to understand. There isn’t always a “big bad villain” when the puzzle is assembled or, sometimes, we find out that we are the villain however unintentionally.

These are the types of stories that have always found their way into Star Trek—from Gene Roddenberry’s first script right up to today’s iterations of the franchise. These are Trek’s roots and when Discovery revisits them, it works brilliantly.

Star Trek: Discovery is still great television and it’s the cornerstone of modern Star Trek. Without it, we wouldn’t have the amount of Trek we have today and that’s something for which I’ll always be grateful. I’m a fan—and I’ll always be a fan—I just want the series to live up to its full potential.

I stand in awe of what the amazing people on the show create and look forward to season 5 sometime next year.

Update: Trek Geeks has posted a companion podcast to this article, which we’ve embedded below. 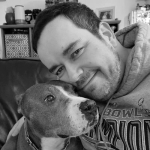 Bill Smith is the co-host of Trek Geeks, Discovering Trek: Discovery, and the co-founder of the Trek Geeks Podcast Network. He lives in New Hampshire with his wife Kelly and their rescued Pocket Pitbull, Isabella. When not recording podcasts, he’s most likely watching Star Trek.