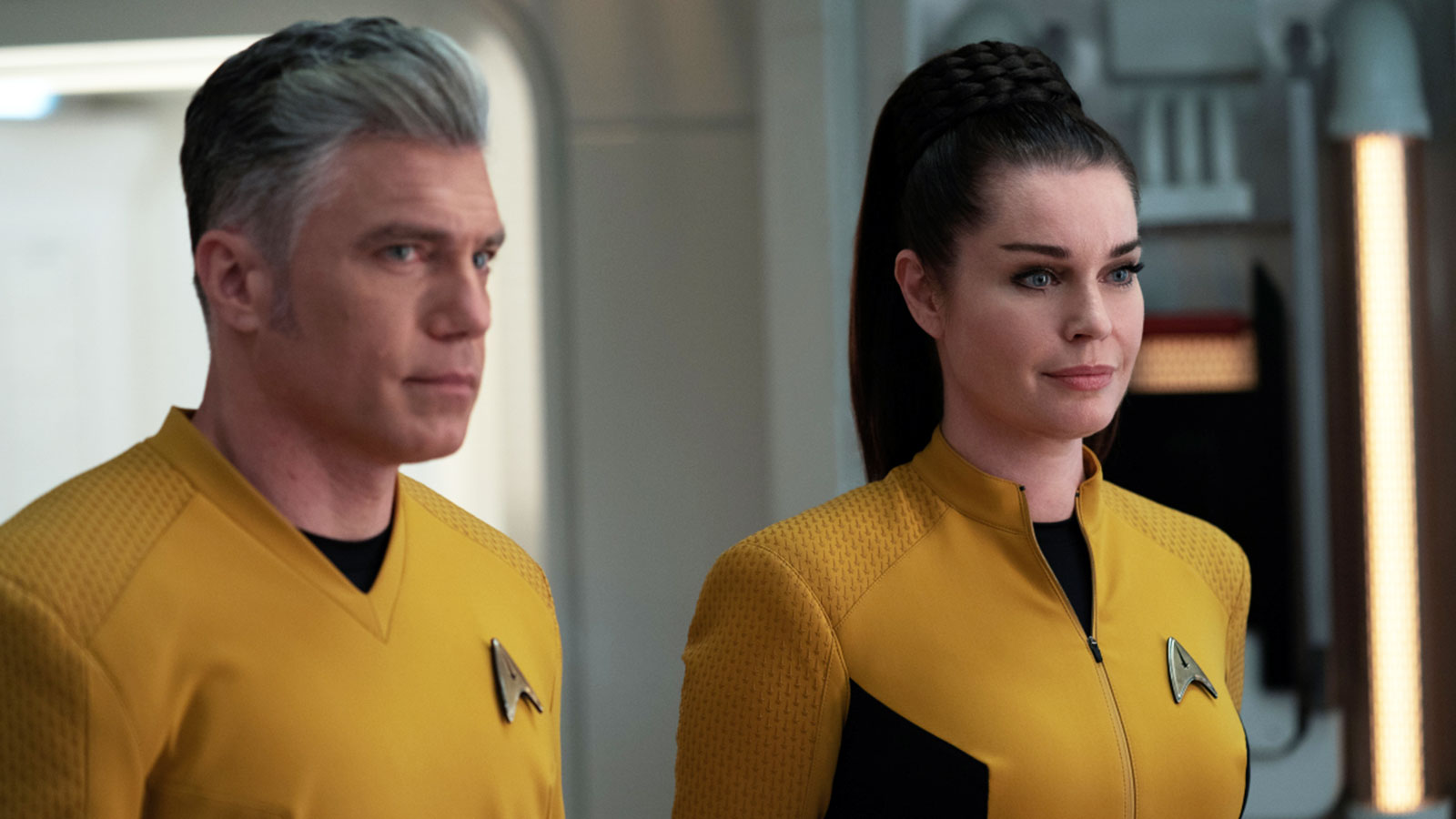 Star Trek: Strange New Worlds returns on Thursday with the sixth episode of the series “Lift Us Where Suffering Cannot Reach” and we have a collection of 18 new photos, a teaser trailer, and a sneak peek for you below.

Written by Robin Wasserman and Bill Wolkoff and directed by Andi Armaganian, the episode premieres Thursday, June 9th on Paramount+.

A threat to an idyllic planet reunites Captain Pike with the lost love of his life. To protect her and a scientific holy child from a conspiracy, Pike offers his help and is forced to face unresolved feelings of his past.