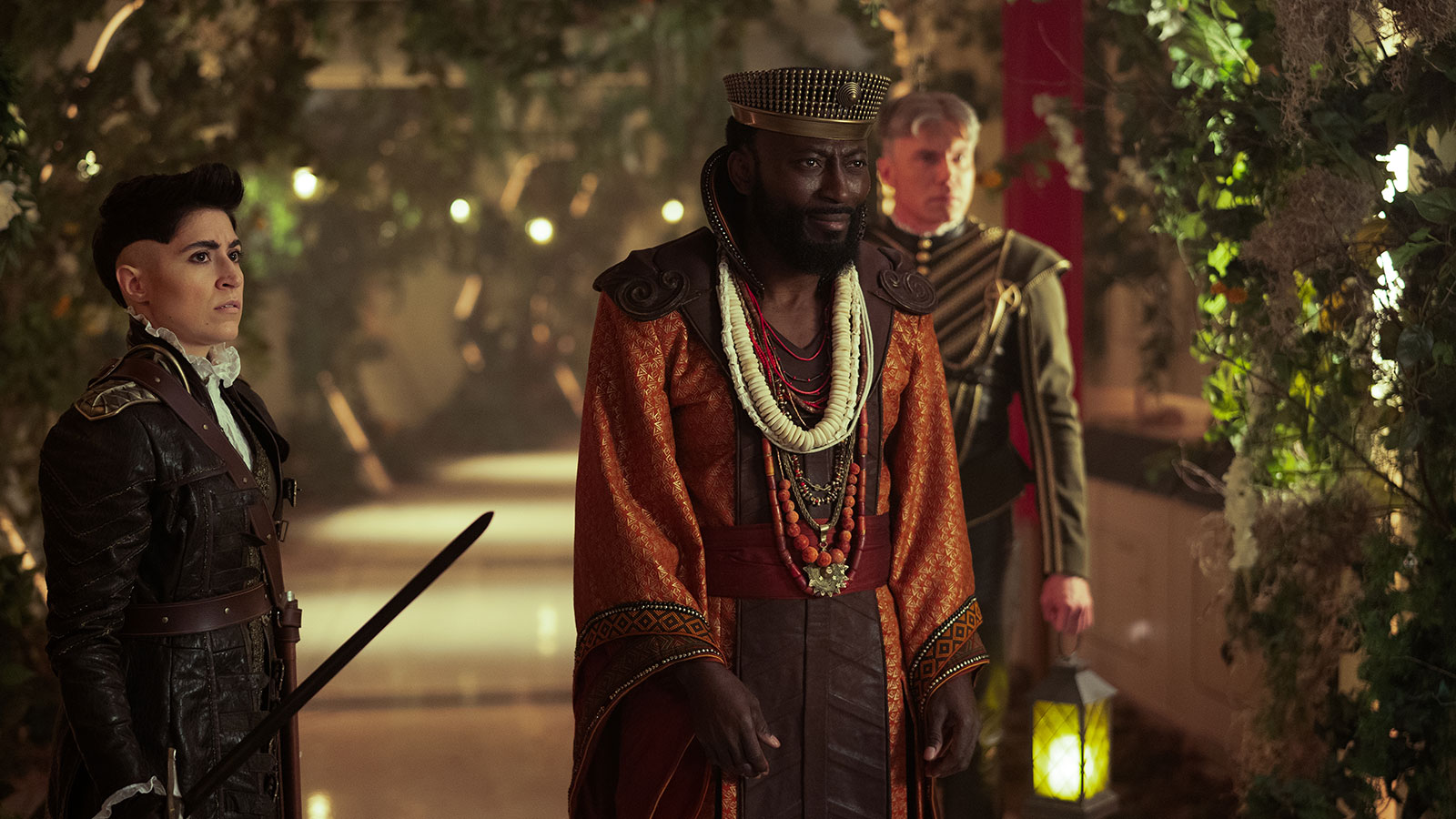 Star Trek: Strange New Worlds returns on Thursday with the eighth episode of the series “The Elysian Kingdom” and we have a collection of new photos and a sneak peek for you below.

Written by Akela Cooper and Onitra Johnson and directed by Amanda Row, the episode premieres Thursday, June 23rd on Paramount+.

The U.S.S. Enterprise becomes stuck in a nebula that is home to an alien consciousness that traps the crew in a fairy tale.