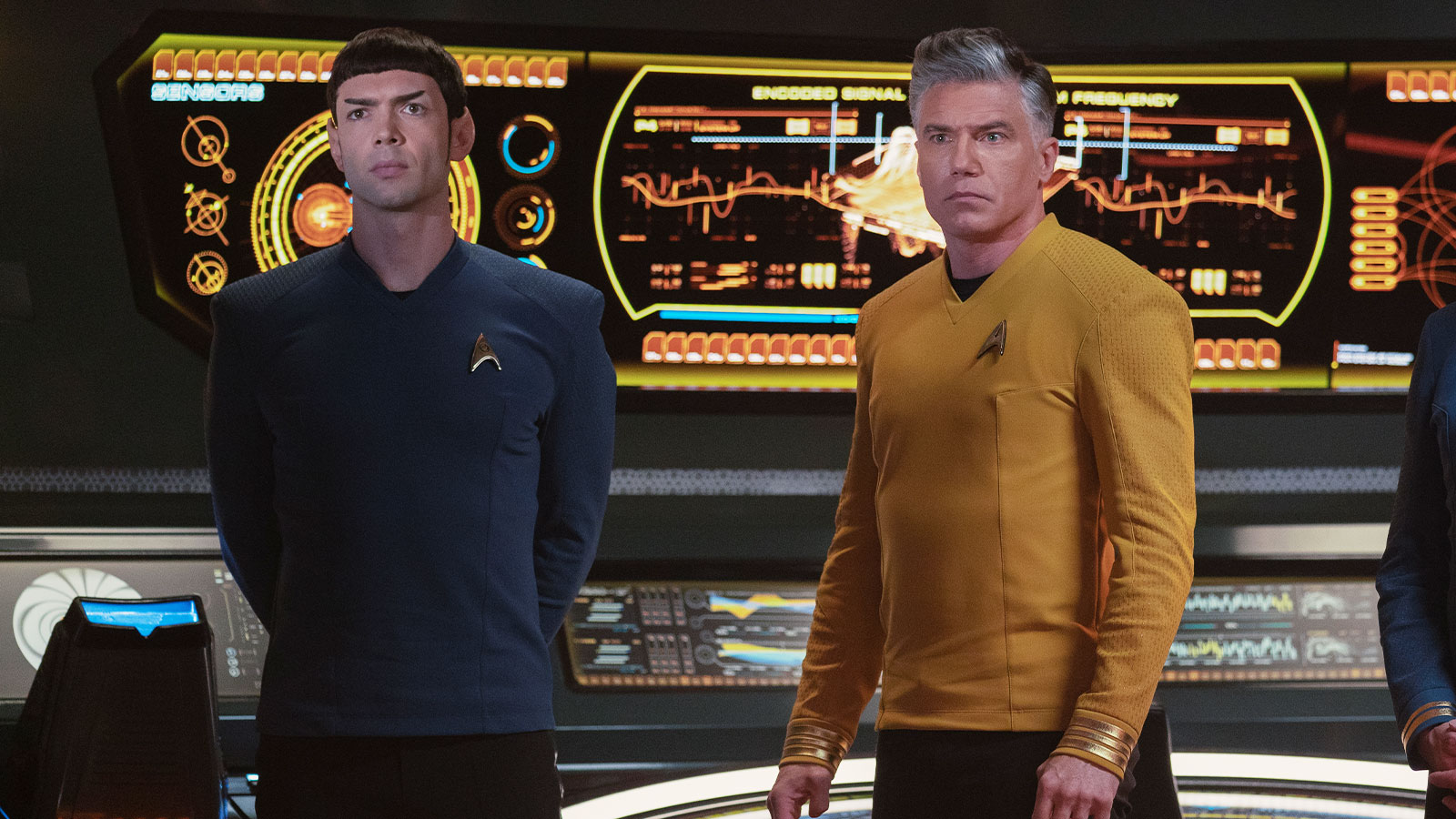 Star Trek: Strange New Worlds returns on Thursday with the tenth and final season one episode “A Quality of Mercy” and we have a collection of new photos and a sneak peek for you below.

Written by Henry Alonso Myers along with Akiva Goldsman and directed by Chris Fisher, the episode premieres Thursday, July 7th on Paramount+.

Please note: Some of the images included in this preview could be considered spoilers.

In the Season One finale, just as Captain Pike thinks he’s figured out how to escape his fate, he’s visited by his future self, who shows him the consequences of his actions.