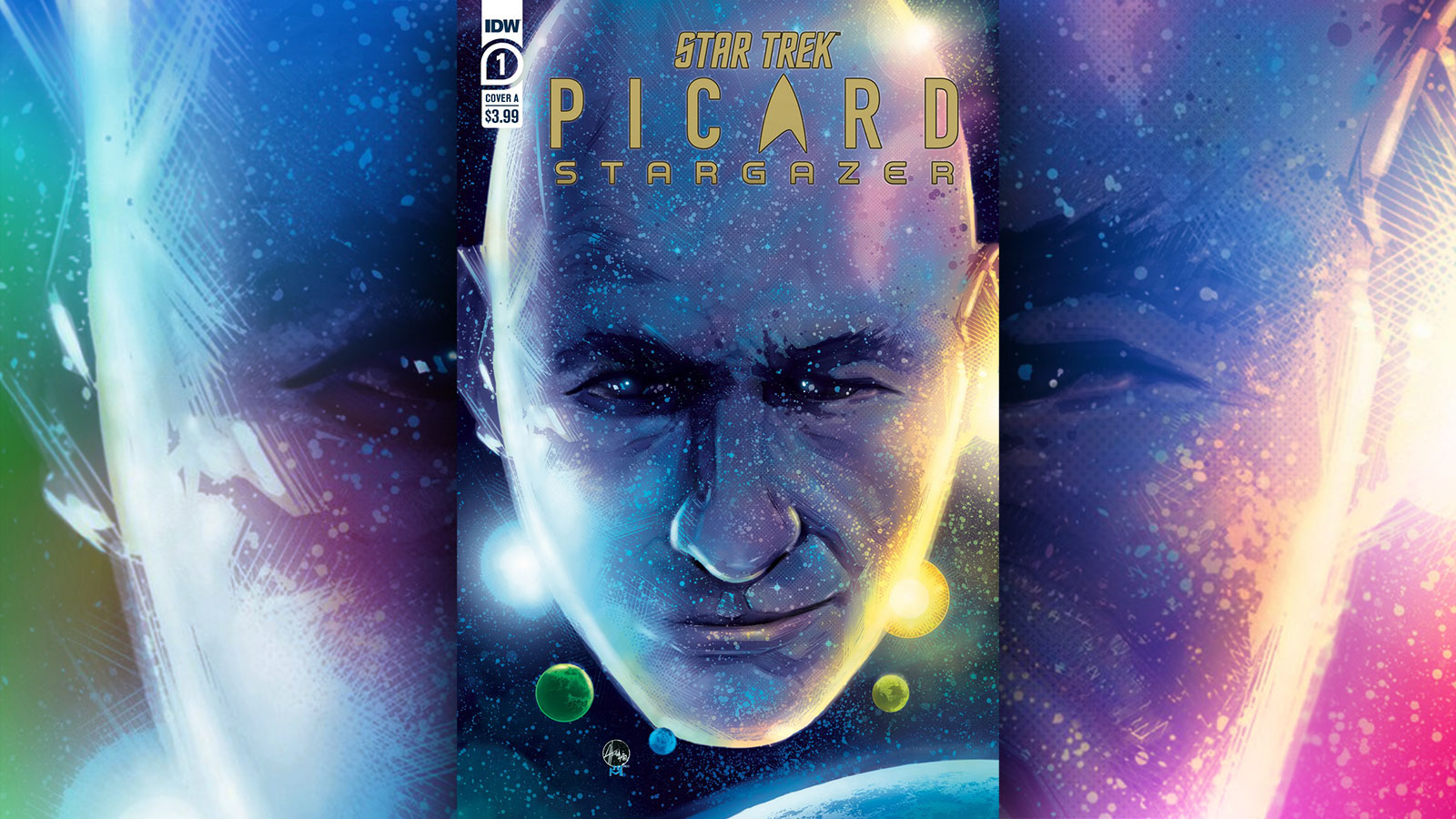 Jean-Luc Picard’s relaxing stroll through Chateau Picard is interrupted by Starfleet who need him to board the USS Stargazer heading toward a familiar destination from his past. When he gets there, however, to his horror, he discovers that this planet that once was home to tens of millions is now empty. He then teleports onto its surface and runs straight into the unlikeliest of foes, setting up an adventure that promises great, intriguing possibilities.

Star Trek Picard: Stargazer takes place in between the events of the first and second seasons of the Paramount+ series. While everyone is eagerly anticipating the arrival of the Next Generation crew in the upcoming third season, writers Kirsten Beyer and Mike Johnson along with artist Angel Hernandez have carved out one more chapter of fan-favorite Seven of Nine.

The comic begins with Seven in the middle of a negotiation between two alien cultures and just when she thinks she has resolved the impending conflict, all hell breaks loose. Thankfully, this situation is in reality a simulation designed by Jean-Luc and her failure leads to a conversation between the two about the perils of peace. A month passes and Admiral Picard is onboard the Stargazer, heading toward a planet that he saved from Romulan tyranny decades ago. This routine inspection turns into a nightmare situation when they arrive, as the crew doesn’t detect any signs of life on the planet. When they beam down to the surface they’re immediately attacked by mysterious new enemies. The issue ends with a cliffhanger as Picard comes face to face with the alien leader.

Returning to pen this series is the duo of Kirsten Beyer and Mike Johnson. The two have been tag teaming writing duties on IDW comics since season one of Star Trek: Discovery — a show for whom Beyer also served as a writer. Johnson’s Star Trek journey dates back to 2009’s Star Trek film — a movie he was not only a crew member but also wrote the official graphic novel adaptation for. These two have Star Trek embedded deep within them — so it should come as no surprise that this issue is well written and moves the story along briskly.

Early on in the issue Picard and Seven discuss Starfleet’s methods and agree that a majority of their work is actually diplomacy and not, as one would expect, torpedoes and explosions. Beyer and Johnson carry this sentiment to the comic, saving all the traditional panel-by-panel action till the final pages. This doesn’t take anything away from the story though which is full of intrigue, emotional dialog, and fluid art from Angel Hernandez.

Speaking of art, another Star Trek comic book veteran Angel Hernandez returns to pencil this issue. Hernandez’s pencils, much like Beyer and Johnson’s words, have been part of Trek comics for decades. His art’s quality is bullet (or phaser) proof at this point but it’s a delight to learn that he still can surprise those of us who have been reading his comics for decades with something new.

In Stargazer #1 Hernandez manages to make Picard, who is on every page of this book, a splitting image of Sir Patrick Stewart. He shows with fine detail the age and experience that Admiral Picard carries on him today while saving the shine of youth for a younger Picard when the issue cuts to a flashback. Hernandez also continues his progression to a more modern-day look to his work by bringing back the style that we recently saw in the Adventures In The 32nd Century series. I’m not entirely sure if Hernandez is using a new platform for his penciling or if he decided to switch to a new style altogether, but whatever it is, it’s pleasing to the eye and a worthy addition to a Star Trek comic book series.

Stargazer #1 is an exciting start to an enjoyable Admiral Picard adventure. While it’s a must-read for fans of Picard, for viewers like me who won’t return to this show with the same longing as we do to TNG or DS9, it’s another chance at keeping Picard in our periphery. We can only hope that Picard ending with season 3 doesn’t stop IDW from dishing out adventures like this one which would still let us stay in touch with our old friend Jean-Luc.

In this article:Comics, Star Trek: Picard