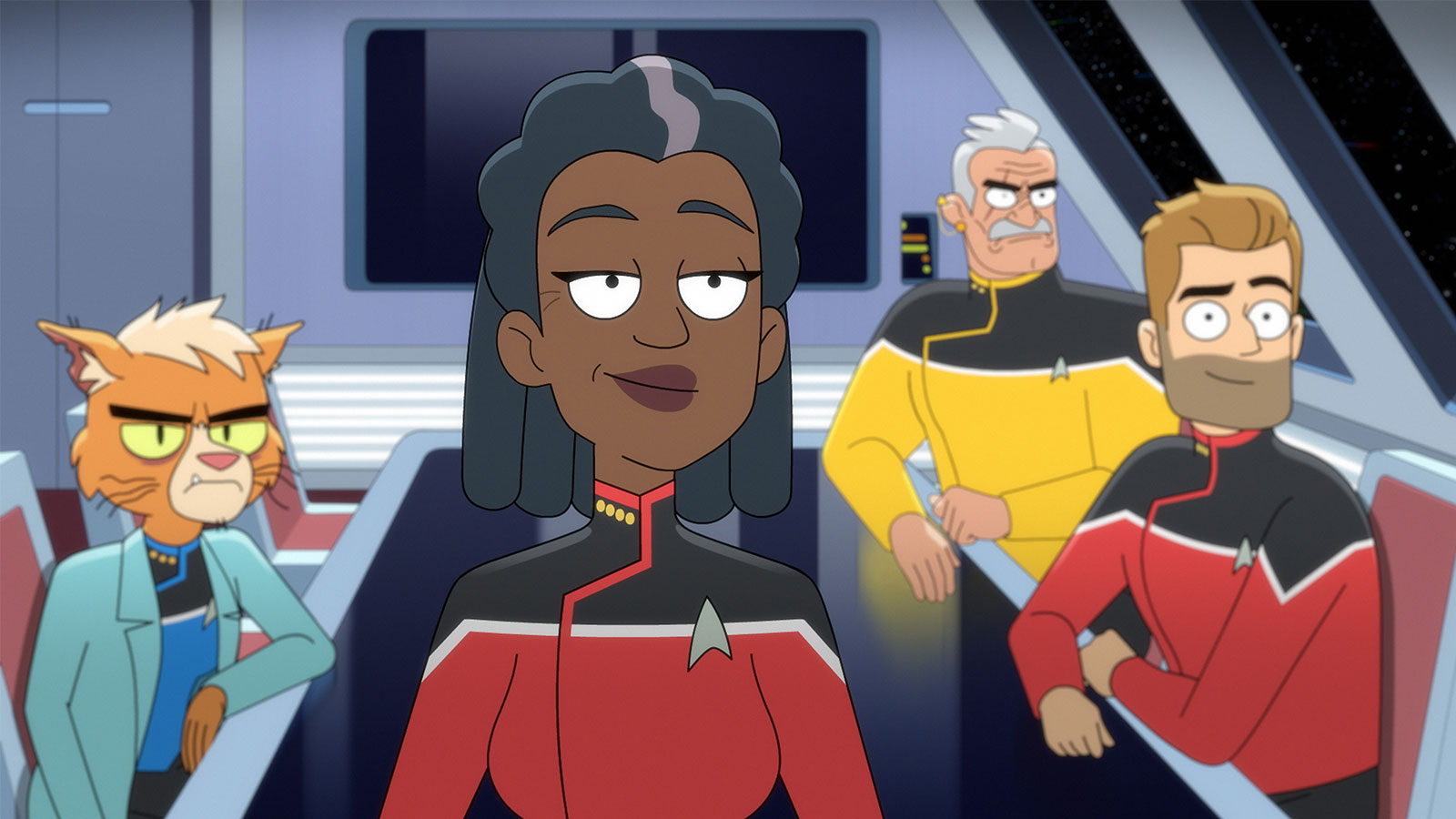 Star Trek: Lower Decks returns on Thursday (October 20) with the ninth and penultimate episode of season three “Trusted Sources“. We have your first look with a clip from the episode and new images below.

The episode is written by Ben M. Waller and directed by Fill Marc Sagadraca.

A visiting reporter on the Cerritos puts Captain Freeman on edge.