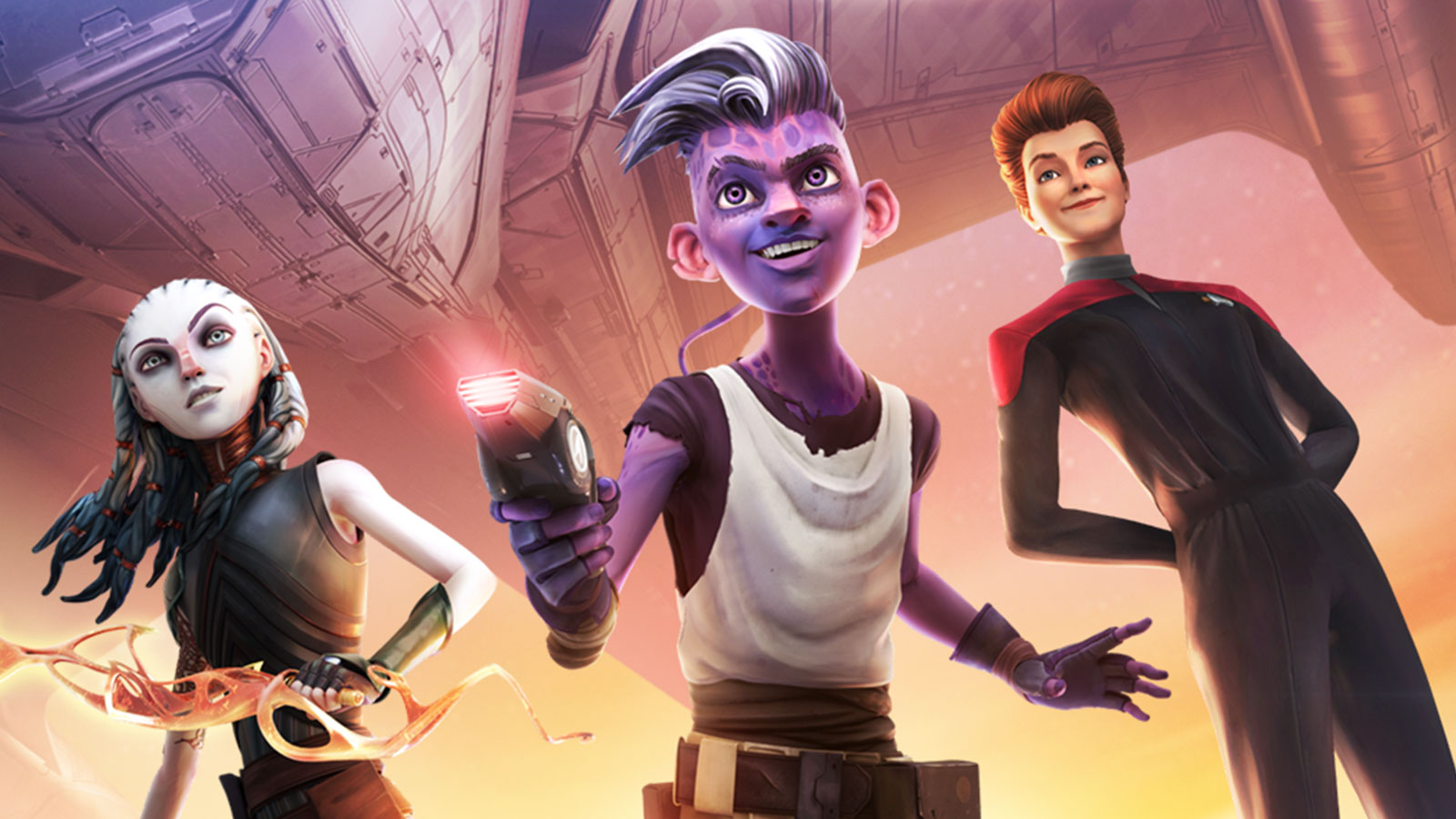 Star Trek: Prodigy recently captured the hearts and minds of gamers of all ages with Supernova, a competent co-op twin-stick shooter with an original story that serves as a compliment to the show. For a first franchise outing from developer Tessera Studios, it’s an enjoyable endeavor, and we praised how the game faithfully captured the show’s spirit. While there were some noteworthy drawbacks, the adventure was there and waiting for families to tackle together.

I hope Tessera Studios gets a chance to follow up Supernova with another Prodigy-based game, as I can’t help but imagine how such a game could improve on its strong predecessor. Here are just a few ideas.

Focus on the entire crew

Sure, Supernova is great by itself with its focus on two-player co-op with Dal and Gwyn, but imagine how great a sequel would be with up to four-player co-op spotlighting Dal, Gwyn, Jankom, Rok, and Zero. It would take a fair bit of imagination to make Murf playable, but perhaps he could be a totally bespoke non-humanoid character, like the playable robot Jack in Gears 5. Thanks to Supernova’s surprisingly decent writing, we feel we know Gwyn and Dal better thanks to their prominence in the game. Give the rest of the Protostar crew the same treatment! Having other playable characters would also unlock a new host of gameplay options (and design challenges, surely), and it’d be a great time for kid-friendly gatherings.

While we are focusing on the crew, one tried and true method through which the Prodigy crew could really come alive in a future game is if Tessera pulled a page from famed role-playing game developer BioWare’s playbook and implemented a conversation system. What better way to get to know the crew than by talking with them? Talking is certainly more within the Star Trek ethos than shooting. The dialogue system doesn’t have to be extensive – perhaps more like Guardians of the Galaxy’s intermittent, inter-mission chances for conversation rather than Mass Effect’s more constant approach. We’d love to hear about Rok’s budding passion for science, Jankom’s engineering experience, or Gwyn’s time by her father’s side on Tars Lamora, just to name a few character-building opportunities.

Playing Supernova solo, as many kids and adults are likely to do, dampens the Supernova experience. Of course, Tessera Studios knew co-op was the way to go for this game, but the solo option is there, and while playing solo the AI controlling the other character is… shall I say… imperfect. More than once, I found myself replaying sections because the second character got stuck in a room my main character had already moved past. On some of the game’s more in-depth puzzles, this was super frustrating. If you don’t feel like your crew has your back, what’s the point of having a crew? Making the AI smarter in the next Prodigy game would re-live a bit of frustration solo players might be experiencing with Supernova.

Some of the “cut corners” in Supernova should also really be polished up. Too many times, I noticed inaccurate subtitles, which is inexcusable in 2022 when so many games are placing accessibility options – many of which are more advanced than just subtitling – at the forefront of their experiences. Other concessions made for this “kid’s game,” like buggy audio (I’ve had my weapons’ sound effects cut out for no reason, only to reappear upon game restart), generic lip sync (it’s like everybody is chewing peanut butter), and repeated sound bites (“Captain Dal, ready for action!” will live in my head rent-free for far too long) are all things that diminish Supernova’s otherwise great presentation. Prodigy is a show that adroitly leaps beyond being a “kid’s show,” so any accompanying game should also strive for that next level of polish.

This is perhaps my most fervent request for Tessera Studios. Remember how great the Virtual Voyager game mode in Star Trek: Elite Force was? You, the player, could explore most of Voyager in all its polygonal glory, which was amazing back in the early 2000s and still kind of amazing now. If you’d like a modern-day example of this kind of exploration, take a look at The Orville – Interactive Fan Experience on Steam, where you can explore the titular ship solo or with friends.

The Protostar isn’t that big of a ship. We get just a tease of exploring the ship with Supernova, with players able to go to the holodeck, captain’s quarters, bridge, and a room with collectibles – although none of these rooms pay attention to the ship’s actual schematics. Imagine how awesome it would be if Tessera Studios took the time and effort to make the entire ship explorable. Picture how kids, with their ceaseless and enviable imaginations, could live in that ship, either roleplaying by themselves or with their friends. Picture how adults, with their desires to live outside the real world for a moment, could escape to that ship. It’s an exciting thought, yeah?

One of Protostar’s standout features in Prodigy is its vehicle replicator. We don’t see this kind of replicator in any other ship in Star Trek, and at the time of this article’s publication (a few episodes into the second half of season one), we’re curious why the ship has that replicator in the first place. Imagine what gameplay diversity this replicator could bring to a Supernova sequel. Not to get too Battlefield or Borderlands-esque, but four-player co-op and the ability to call in replicated vehicles to tackle the latest threat sounds like a recipe for success to me. Players could even customize their vehicle before replicating it. The possibilities are endless.

These suggestions are not to assert that Tessera Studios didn’t do a great job bringing Prodigy into the video game landscape. Supernova is a great time for kids and adults, and just think how many future adults will tell their kids how it was Supernova that got them into Star Trek video gaming. As someone who grew up playing any number of Star Trek games, including Elite Force, Star Trek: Armada and its sequel, Star Trek: Starfleet Command, and even Star Trek: Starship Creator Warp II, it’s cool to consider that thought after so many years of not having the wide swath of Star Trek games today that I had growing up. If Tessera Studios gets the green light to make another Prodigy game (the show, after all, is still in its earliest years and will likely be around for a while), I’ll be first in line to play it.