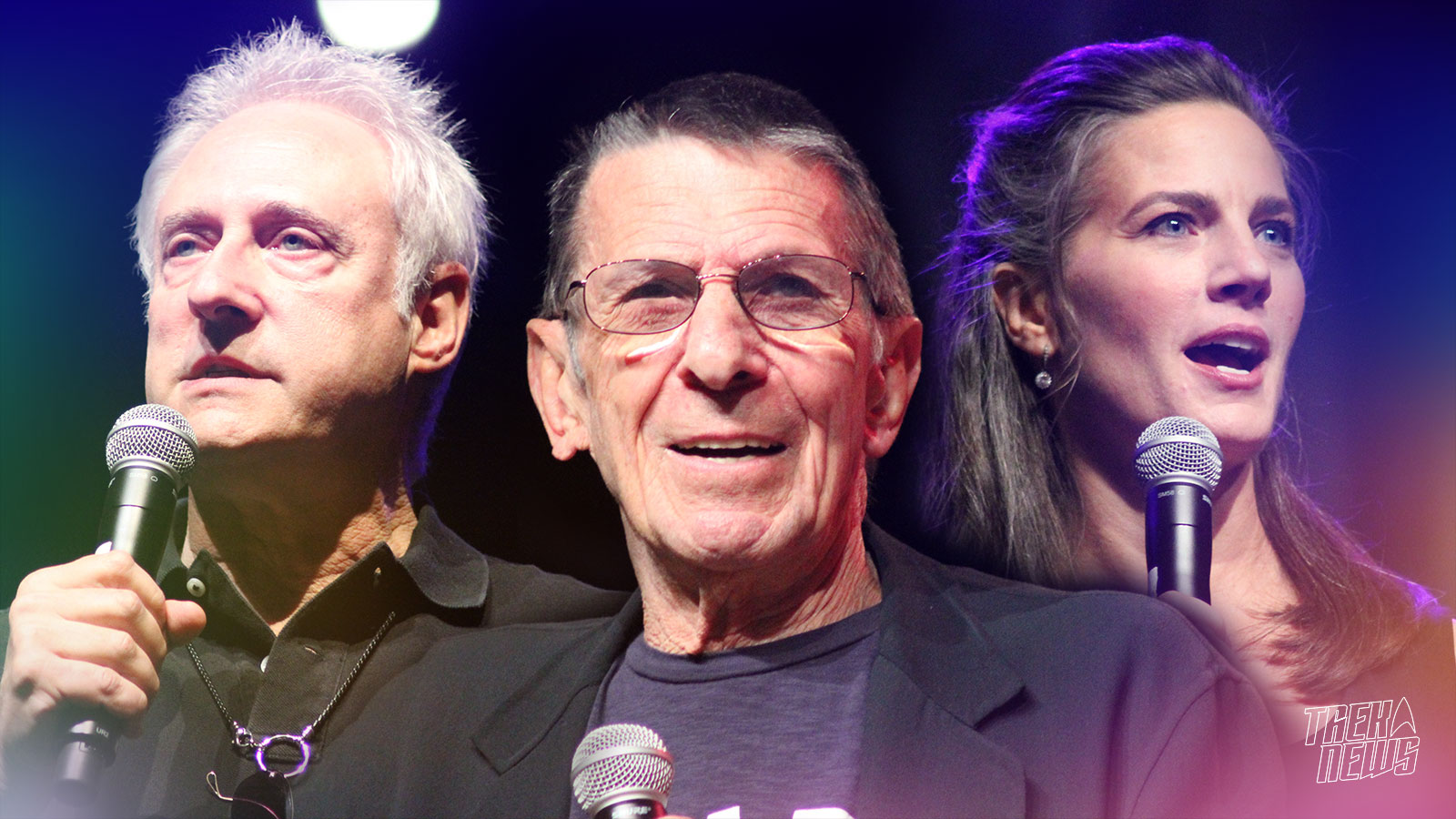 Leonard Nimoy has made what appears to be his final appearance at the annual Star Trek Las Vegas convention. The iconic actor, who helped make the Star Trek franchise what it is today and made the Vulcan character Spock a household name appeared in front of a packed convention center at the Las Vegas Rio on Saturday to address the crowd, discuss his career and say goodbye.

Denise Crosby, John de Lance and Suzie Plakston opened up Saturday’s events with a Star Trek: The Next Generation discussion.

During the panel, Crosby talked about leaving TNG saying it was a “rash decision” and that she didn’t know where her character was going. She said it was imperative for Tasha Yar had to die for her to get the great episode “Yesterday’s Enterprise”. She later noted that a a new installment of Trekkies is still a possibility—noting that it may not be a traditional documentary.

Next up was the “Klingon Summit”, which included J.G. Hertzler, Robert O’Reilly, Barbara March and Gwynyth Walsh in character, full makeup and costume.

During their 45 minute stage time the group invited over a dozen Klingon-costumed fans to join them on stage as they performed the “Klingon Rap”, answered questions and gave away several limited edition Klingon Monopoly games.

Terry Farrell was welcomed to the stage with huge applause as she made her return to the Star Trek convention scene.

Farrell, who now lives on the east coast with her husband and son, discussed leaving Deep Space Nine after the sixth season. She said she would have loved to have stayed on the show, but her contract was up. Farrell went on to say she feels so honored to have had the opportunity to become a member of the Star Trek family.

Next up was Brent Spiner. The always quick-witted and talented actor jabbed back at Jonathan Frakes from the day prior, saying he was on the poster this year because he’s “more special”. He went on to talk about Star Trek‘s impact on the world and noted how amazed he was to see how many countries were represented in the crowd at this year’s event.

Spiner talked about Data’s death in Star Trek: Nemesis, saying “Yes we killed Data, but Paramount killed everyone else.”

Voyager’s Captain Kathryn Janeway, Kate Mulgrew took the stage next. Her former castmate Garrett Wang joined her briefly as they exchanged pleasantries and a hug. Mulgrew discussed her career, her time on Voyager and showed a clip of her upcoming role in the Adult Swim comedy NTSF:SD:SUV.

Leonard Nimoy, in what was his final Las Vegas convention appearance, took the stage at 2:30 in the afternoon to thunderous applause. Using photographs and poems, Nimoy walked the audience through his entire career in what was the most emotional panels of the weekend.

A more in depth report on Nimoy’s panel can be read here on TrekNews.

In the Guinness World Record attempt for “The Most Fans in Star Trek Costumes in One Place” 1,040 fans showed up, smashing the previous record of 651, which was set last June at FedCon in Germany.

Saturday evening, convention goers were treated to a play by Jeffrey Combs, entitled “An Evening with Edgar Allen Poe”. The one-man play which is set in 1848 is loosely based on real events follows Poe on a cross-country speaking tour.