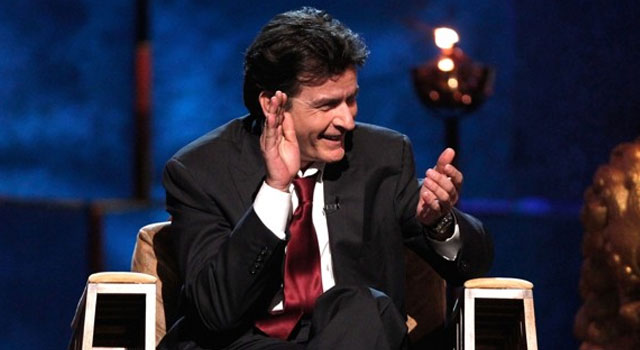 William Shatner was one of the guest stars at The Roast of Charlie Sheen, which premiered Monday night on Comedy Central.

As he was welcomed on stage, Seth McFarlane, who hosted the show, described Shatner as “The guy who played Captain Kirk back before Star Trek looked like a bunch of gay guys working in a Mac store,”.

Shatner, who himself has been the focus of a similar roast in 2006, took several jabs at Sheen. He joked about Sheen’s appearance, saying “I’m 80 years old,” proceeding to inquire about Sheen’s age [who is 46] and asked “How come it looks like we went to high school together?”.

Shatner went on to tell Sheen to “slow down and smell the roses,” saying “that’s why I’ve had such a storied and illustrious career. Because I’m patient”.

“I’ve had my share of wild times with the señoritas. I’ve had sex in space with green women,” said Shatner.

He continued, saying that if he wanted the kind of attention Sheen has been getting recently, he’d have to do something drastic, “like kiss a black girl or let an asian drive,”.

The Roast of Charlie Sheen will be replayed all week on Comedy Central and is available on iTunes.

Watch Shatner roast Sheen in the uncensored video clip below.