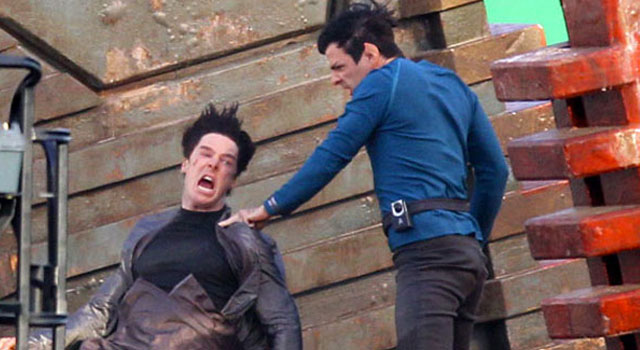 On Friday, MTV posted a few unofficial photos from the set of the Star Trek sequel, which began filming in January.

It should be noted that Cumberpatch’s shirt has a starfleet logo.

The second photo features Zoe Saldana as Uhura, holding a phaser as she approaches Cumberbatch’s character. 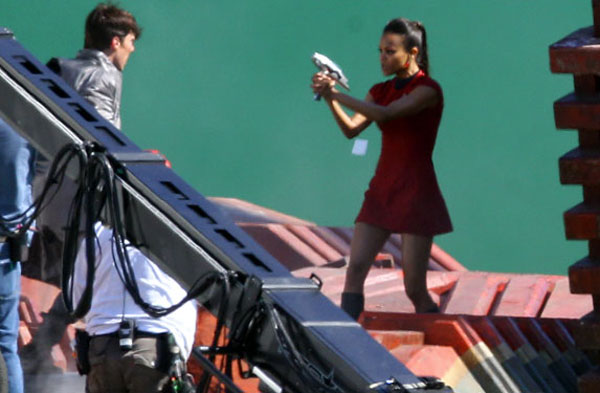 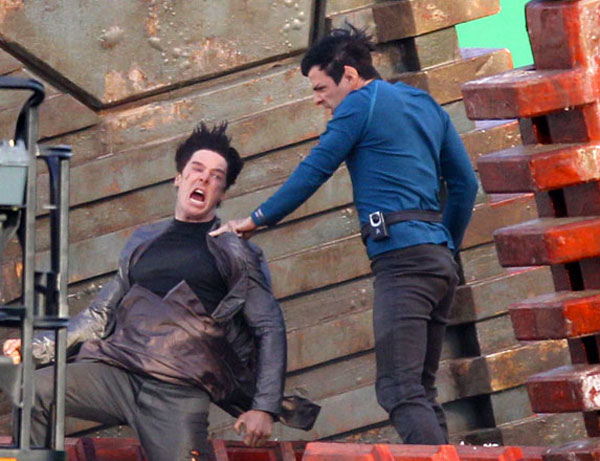