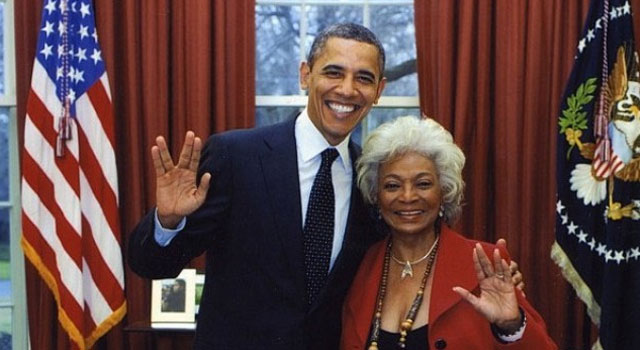 After the meeting, Nichols tweeted about the meeting, noting that the President was indeed a Trekkie and that he confessed he once had a crush on her.

Nichols shared the photo of her with the President on Twitter earlier today.

Nichols’ tweets regarding her meeting with President Obama:

I was honored to get a chance to meet with Pres Barack Obame today in the White House. He was as charming and handsome as I had expected.

Months ago Pres Obama was quoted as saying that he’d had a crush on me when he was younger. I asked about that & he proudly confirmed it!

President Obama also confirmed for me that he was defintely a Trekker! How wonderful is that?!