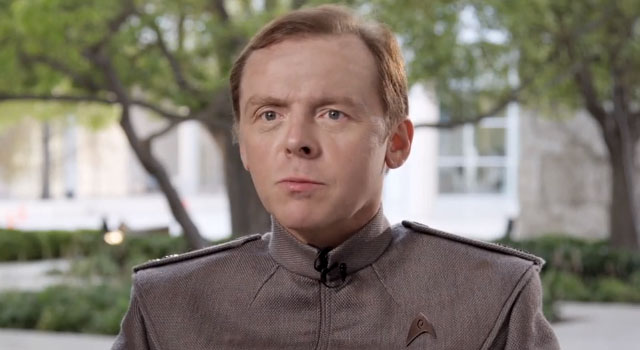 In the new video Pegg describes Scotty as “a drinker and a bit of a brawler” who “speaks his mind and is a bit silly at time, but he’s a damn good engineer.”

Pegg goes on to say that Into Darkness is “relentlessly action packed” and “everything I want in a Star Trek film,”.