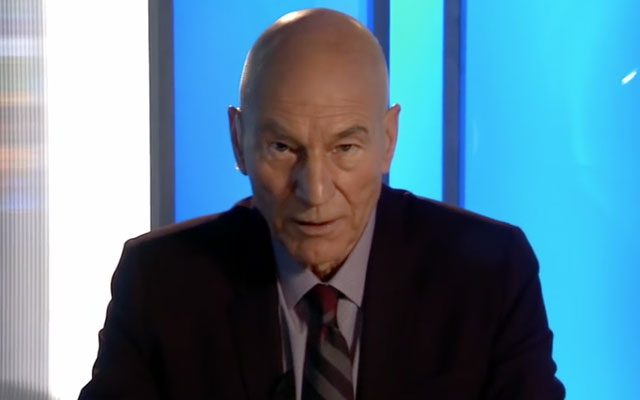 Star Trek: The Next Generation‘s Patrick Stewart stars in a new sitcom, produced by Seth MacFarlane for the Starz network, titled Blunt Talk.

Stewart attended the premiere for the show, along with his son Daniel, in Los Angeles on Monday.

The series is set to premiere on August 22 at 9pm.

Scroll down to watch the trailer.