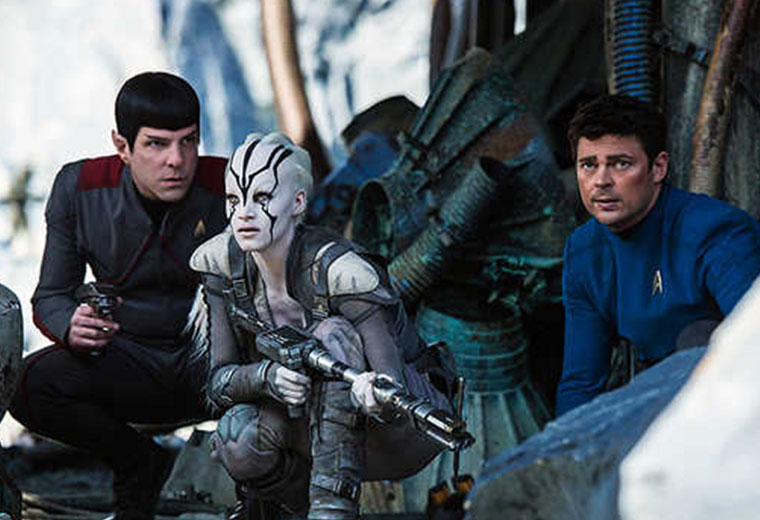 Star Trek Beyond hits theaters later this summer and one of the newcomers to the third installment of the rebooted film series is Algerian-born actress Sofia Boutella.

While the second trailer for Star Trek Beyond won’t debut until a special fan event at Paramount Studios next month, today, Empire shared an exclusive photo from the production, featuring Boutella as Jaylah, along with Zachary Quinto as Spock and Karl Urban as Bones. 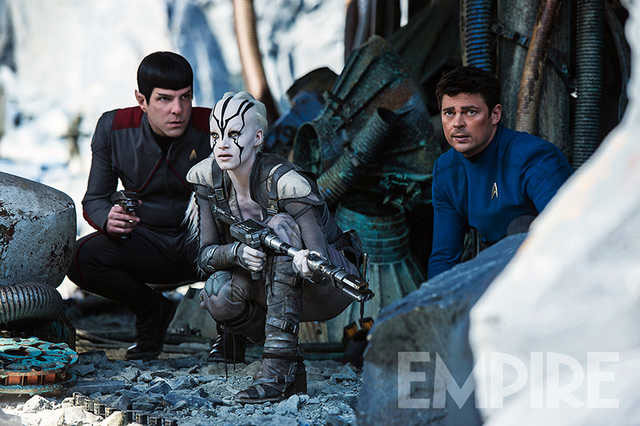