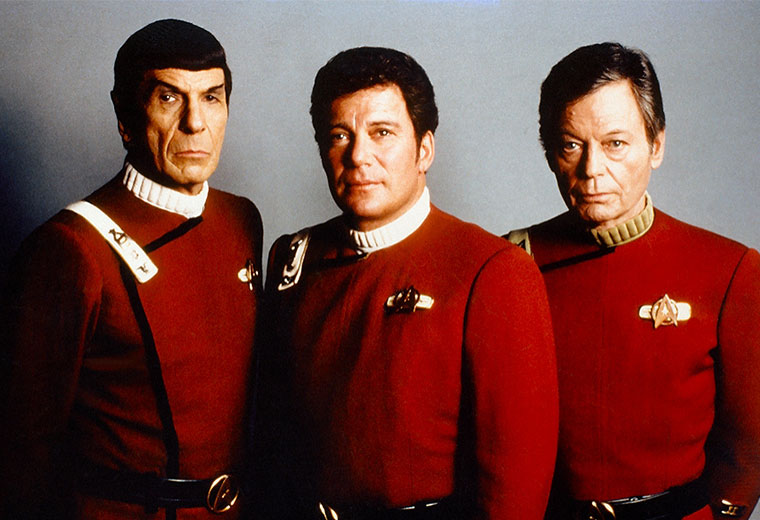 CBS and Paramount have announced the upcoming release of the STAR TREK 50th Anniversary TV and Movie Collection. The new 30-disc Blu-ray set will include all three seasons of Star Trek: The Original Series, Star Trek: The Animated Series, all six films featuring the original crew, plus a bevy of bonus features and collectables.

The most interesting of the bonus features, is a new multi-part documentary feature, titled The Journey to the Silver Screen.

This set will also include the recently released Director’s Cut of Star Trek II: The Wrath of Khan.

, but stay tuned to TrekNews.net for any additional information.

For a complete list of what’s included, check out the press release below. 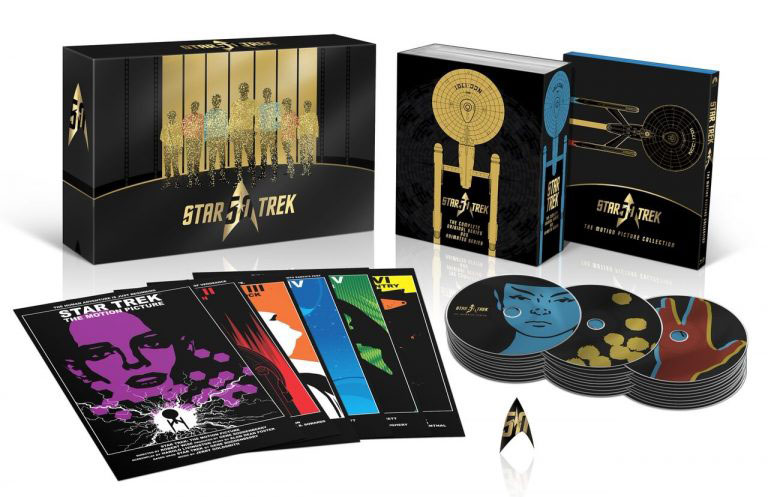 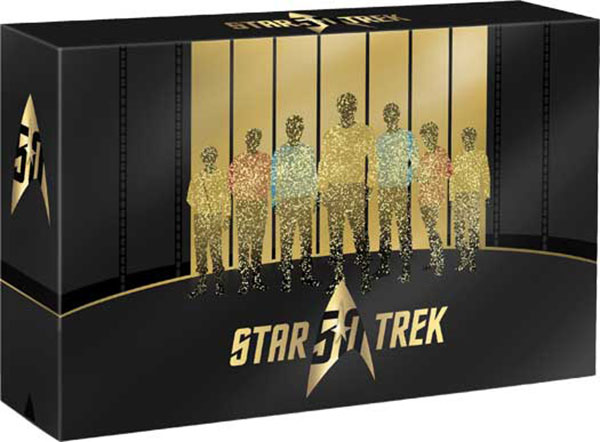 Debuting September 6, 2016, Limited Edition Box Set Boasts 30 Blu-ray Discs™ with Every Movie and TV Show Featuring the Original Crew, Including the Newly Remastered Animated Series on Blu-ray™ for the First Time Ever!

HOLLYWOOD, Calif. – Embark on a mission to the final frontier with the biggest, most comprehensive Star Trek collection ever offered when the STAR TREK 50th ANNIVERSARY TV AND MOVIE COLLECTIONis transported to Earth on September 6, 2016. Just in time to commemorate the September 8, 1966 airing of the very first “Star Trek” episode, this epic limited edition gift set includes 30 Blu-ray Discs featuring all new disc art and every feature film and television show made with the original crew, plus a brand new, multi-part documentary with nearly 2 hours of new footage chronicling the franchise’s amazing 50-year journey. Enclosed in collectible packaging, the set includes the Animated Series remastered on Blu-ray for the first time ever, the newly released Director’s Cut of Star Trek II: The Wrath of Khan, an exclusive Starfleet pin commemorating the 50th anniversary and new mini-posters for the first six feature films designed by acclaimed artist Juan Ortiz. Over 20 hours of previously released bonus content is also included in this comprehensive collection.

The 30-disc set includes the following:

o The Genesis Effect: Engineering The Wrath of Khan

o The Dream is Alive: The Continuing Mission

o End of an Era: Charting the Undiscovered Country