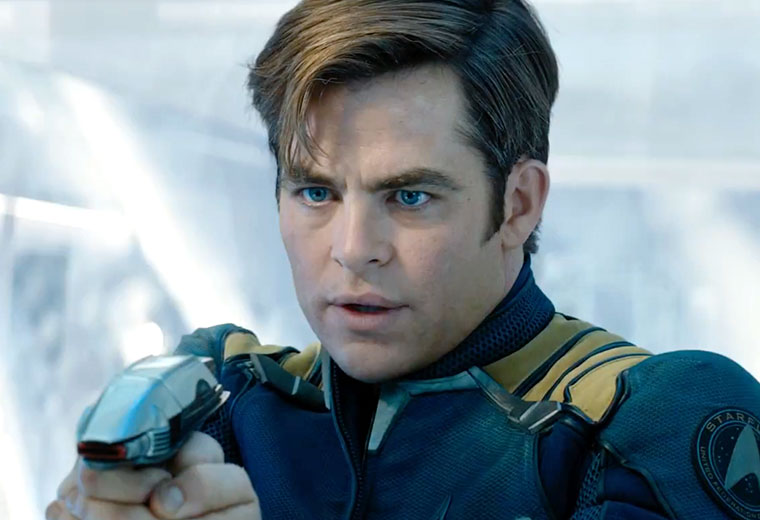 Paramount has released a new TV spot, titled “Unity”, to promote the upcoming release of STAR TREK BEYOND.

As with any trailer, this should be considered a possible spoiler.

The new spot puts the crew of the USS Enterprise and their teamwork on center stage. Kirk, Spock, McCoy, Uhura, Scotty, Sulu and Jaylah are all shown, as they work together to battle against the film’s big baddie Krall.

We see a quick shot of Krall and hear him say:

“Unity is not your strength.”

Kirk responds, as we see him holding a phaser:

The USS Yorktown heads for the giant starbase