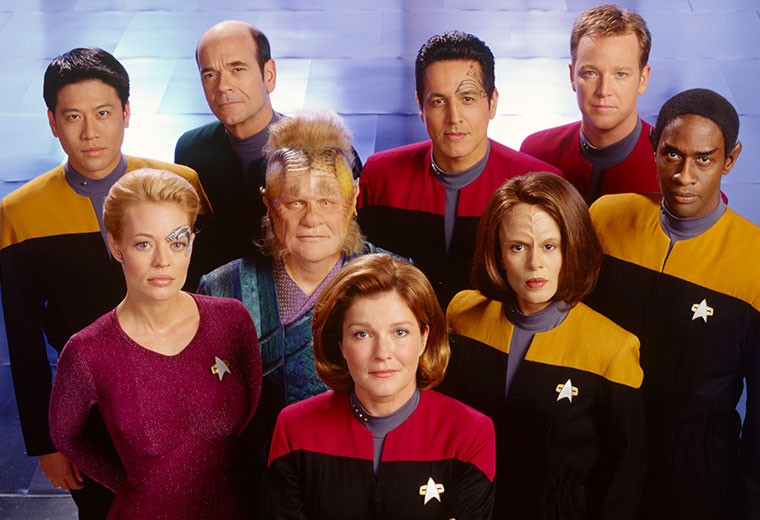 Hot on the heels of last week’s news of a complete Deep Space Nine DVD set, we can now confirm that CBS Home Entertainment will also serve up Star Trek: Voyager – The Complete Series on DVD in March.

Much like the DS9 set, Voyager will will come in newly designed packaging when it’s released on March 7, 2017.

Unfortunately, also like that DS9 set, it doesn’t appear that any new supplemental material will be included. However, the previously released Voyager DVDs were chock-full of informative bonus features. Those are all expected to be included on these discs as well.

Voyager was originally released in single-season DVD packaging back in 2004. 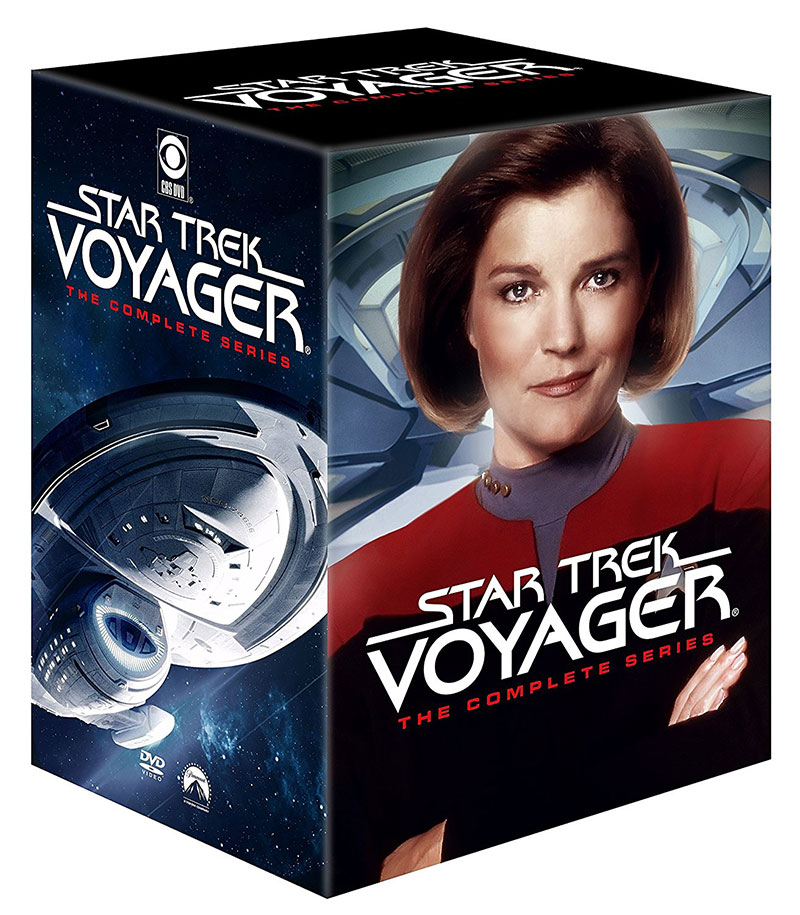 While in pursuit of a Maquis ship in the Badlands, Captain Kathryn Janeway and the crew of the U.S.S. Voyager are pulled into the Delta Quadrant. After making a decision that saves an entire species from being destroyed, but leaves both crews stranded, they must join forces to begin a 75-year journey across 70,000 light years of space to return to the Alpha Quadrant, the Federation and home.

Pre-order is now available on Amazon!