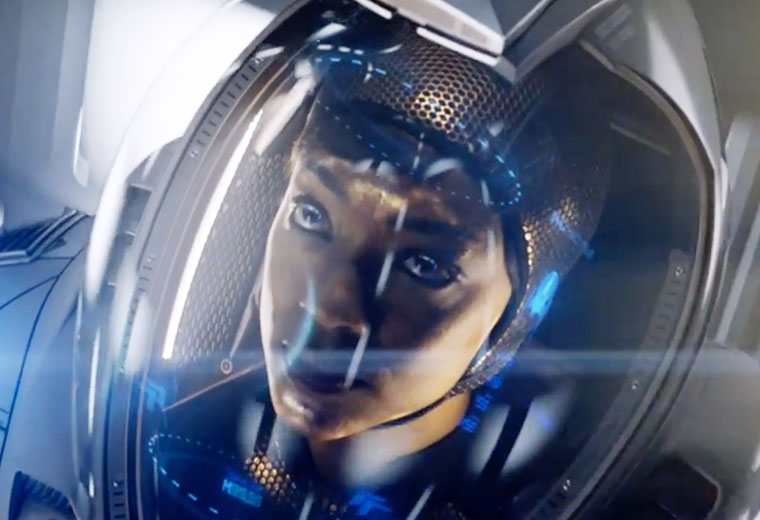 It’s here! CBS released the first official trailer for Star Trek: Discovery as part of their 2017/18 Upfront Presentation in New York on Wednesday.

The two-minute trailer gives us our first look at Star Trek’s highly-anticipated return to television after more than a decade.

Take a look and let us know what you think in the comments section below.

(Updated with HD version of the trailer.)

For those outside the U.S., you can watch the International version of the trailer.

We’ll have a full shot-by-shot breakdown of the trailer posted shortly.