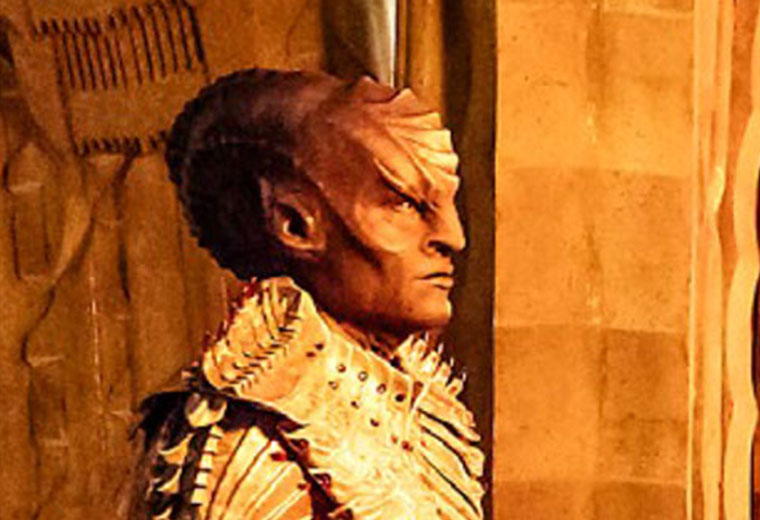 The image first appeared in EW’s San Diego Comic-Con 2017 preview issue. The annual mega convention kicks off next this Wednesday and Discovery will have a big presence at SDCC, with cast and crew members taking part in a 45-minute panel in Ballroom 20 on Saturday.

On Saturday, Chieffo herself shared the photo on Twitter with a caption that read “L’Rell LIVES!”. 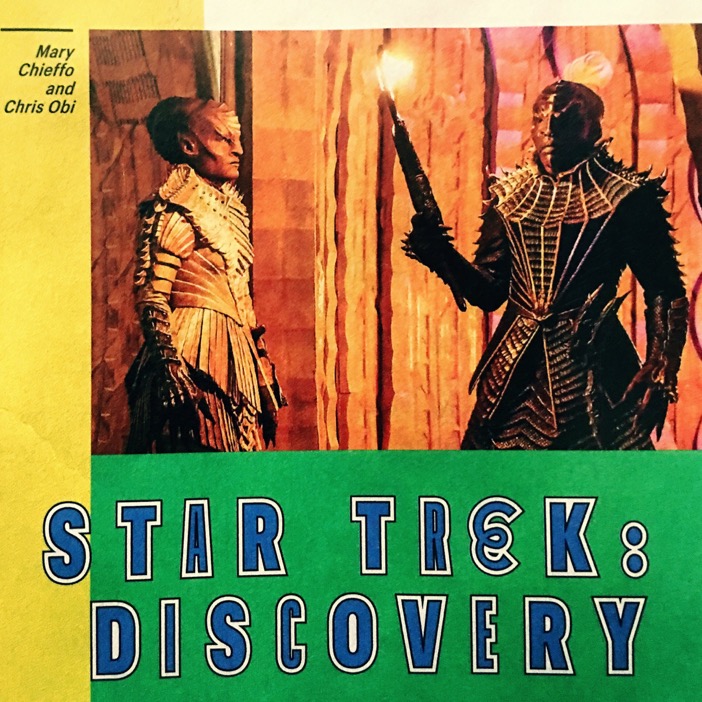 Mary Chieffo as L’Rell and Chris Obi as T’Kuvma on Star Trek: Discovery

Obi was previously seen as T’Kuvma in the first Star Trek: Discovery trailer, which premiered back in May.

Stay tuned to TrekNews.net as the next week should be filled with big Discovery news coming out of SDCC.