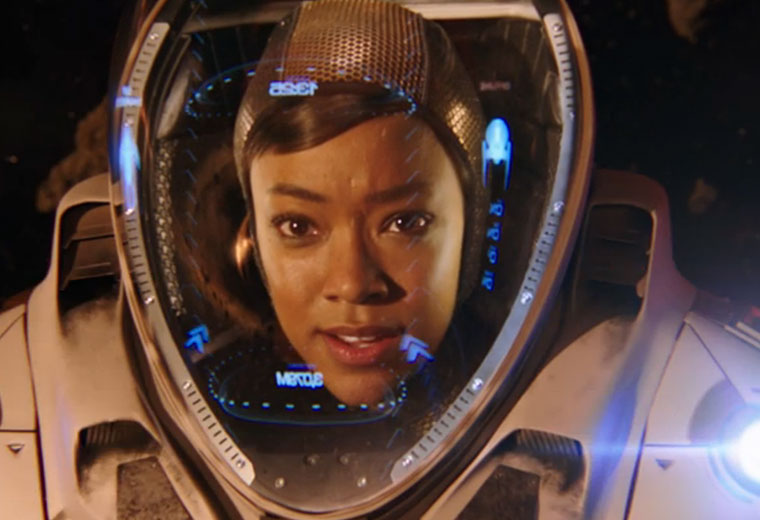 In news that will surprise almost no one, the premiere of Star Trek: Discovery on Sunday was responsible for CBS All Access’ largest sign-up day, since the service launched in 2014. In addition to the record-breaking day, the over-the-top digital subscription service also experienced its best week and month ever for sign-ups, credited to the launch of the new Star Trek series.

While the premiere episode of Star Trek: Discovery was shown on CBS, the second episode (and all subsequent episodes) along with the post-show After Trek, is only available via the CBS All Access service in the United States.

According to a press release issued by CBS, the previous record for single-day sign-ups was credited to the GRAMMY Awards, earlier this year.

Episodes one and two of STAR TREK: DISCOVERY are currently available to stream on CBS All Access. All new episodes will be available on demand weekly after 8:30 PM, ET on Sundays exclusively for CBS All Access subscribers in the U.S.

In addition to its single day subscriber sign-up record, CBS All Access experienced its best week and month ever for sign-ups due to the launch of STAR TREK: DISCOVERY, the fall kick-off of the NFL ON CBS on the service’s live local feeds and the season finale of BIG BROTHER and the BIG BROTHER LIVE FEEDS.

CBS All Access will continue to engage “Star Trek” fans tonight with the inaugural episode of AFTER TREK, STAR TREK: DISCOVERY’s live companion after-show hosted by Matt Mira airing at 11:00 PM, ET/8:00 PM, PT. All subsequent AFTER TREK episodes will be available to stream live at 9:30 PM, ET following new episodes of STAR TREK: DISCOVERY and be available to watch on demand.