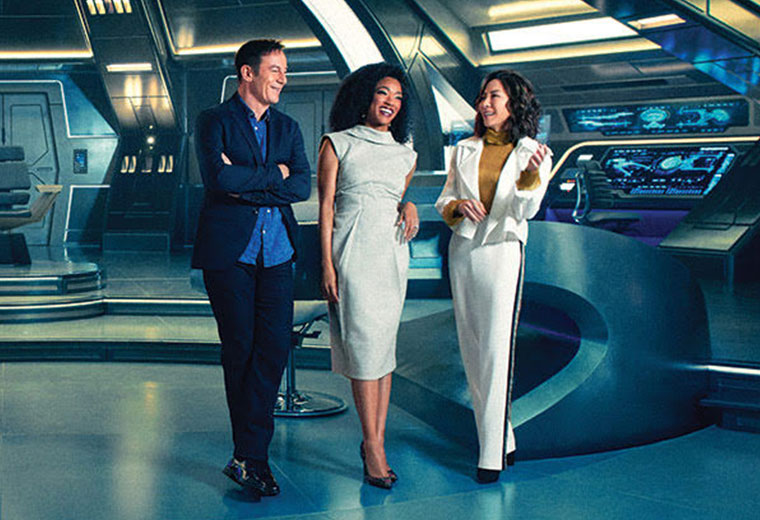 Star Trek: Discovery executive producer Aaron Halberts announced on Wednesday night on Twitter that filming had been completed for the first season of the series.

The show began filming at Pinewood Studios in Toronto back in January of 2016. The first season of Discovery will be comprised of 15 episodes — the first half (currently airing) will run through November 5th, with the series returning in January 2018.

That's a wrap on Season 1 @startrekcbs. Thanks to cast, crew, and fans. You have made this show soar. #startrekdiscovery

Leslie Moonves, the chairman and chief executive officer of CBS recently spoke to Bloomberg about Star Trek: Discovery and its future.

“Looking at the future of CBS, streaming and OTT (over-the-top) is a very important part of it,” he said. “There’s real upside for our company to have All Access be successful. There’s a lot riding on Star Trek.”

Last week, the Star Trek: Discovery cast and crew took part in a panel and press conference during New York Comic Con. During which, Michelle Yeoh revealed that we have not seen the last of her character, Captain Philippa Georgiou, on the series.