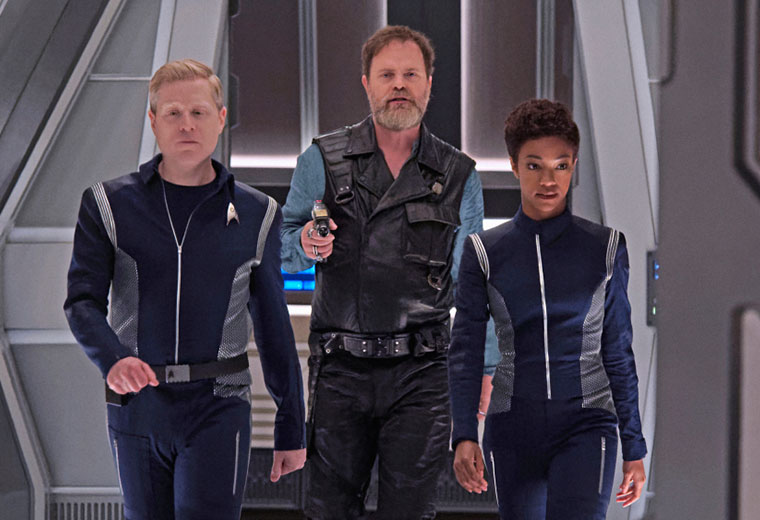 The finalists for the 2018 Hugo Awards have been announced by the World Science Fiction Society and the Star Trek: Discovery episode “Magic to Make the Sanest Man Go Mad” has been nominated in the Best Dramatic Presentation, Short Form category.

Directed by David M. Barrett, the episode was co-written by Aron Eli Coleite and Jesse Alexander. Originally airing back in October of 2017, the seventh episode in the series’ first season featured Harry Mudd (played by Rainn Wilson) trapping the crew of Discovery in a time loop as he attempted to uncover the starship’s warp secret.

Discovery‘s competition in the category, includes: Black Mirror‘s “USS Callister,”
the song “The Deep” by Clipping, Doctor Who‘s “Twice Upon a Time,” The Good Place‘s “Michael’s Gambit,” and “The Trolley Problem”. 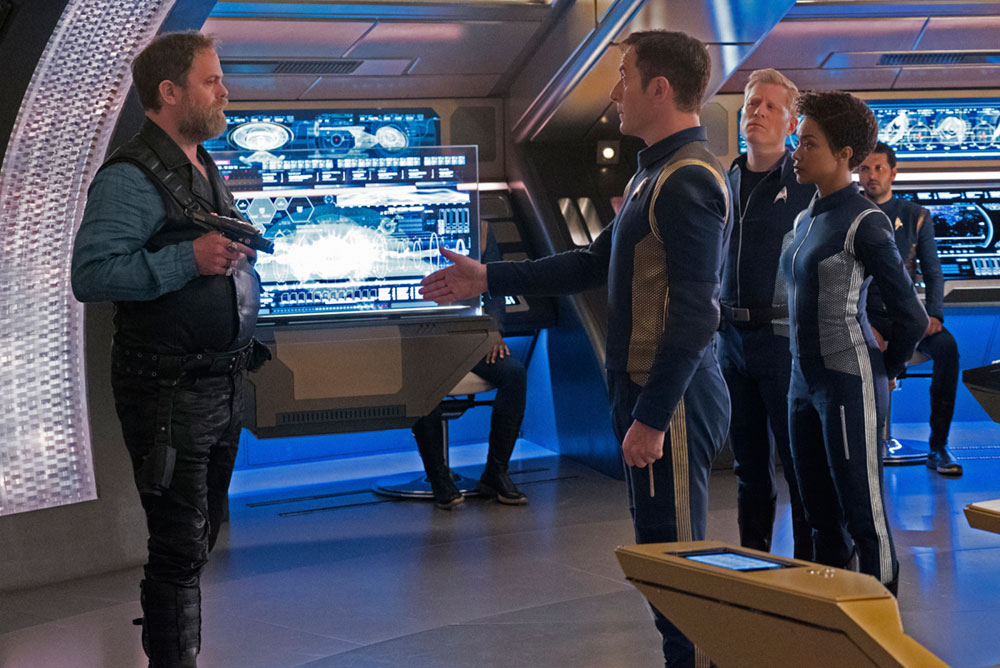