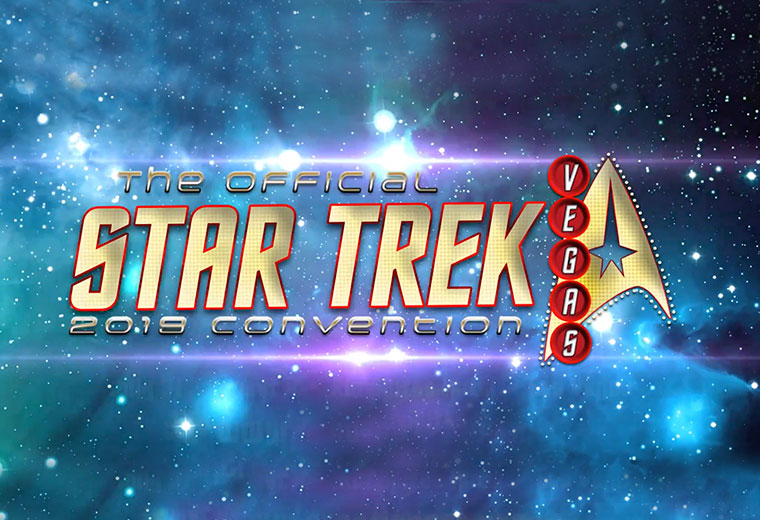 The convention will once again span five days this year at the Rio, kicking off on Wednesday, July 31st, through Sunday, August 4th.

Unveiled at San Diego Comic-Con, the Jean-Luc Picard: The First Duty exhibit celebrates Patrick Stewart’s involvement in Star Trek and will be on hand for fans to view in Las Vegas. It will showcase original props, costumes and other artifacts from Picard’s life and Starfleet career (from Star Trek: The Next Generation, feature films and the upcoming Star Trek: Picard series), including the Ressikan flute, items from the Picard Vineyard, Starfleet uniforms, a family photo album, models, paintings and the remains of the Borg Queen.

Douglas Trumbull (Special Effects Supervisor) and Rick Sternbach (illustrator), along with Doug Drexler, Michael and Denise Okuda will look back on the first Star Trek feature film, which celebrates its 40th anniversary this year.

At SDCC, David Fein, the producer of the Director’s Edition of Star Trek: The Motion Picture that was released in 2001, revealed that Paramount was “considering” a 4K Blu-ray version of the movie. While there is no official confirmation that this release is indeed a sure thing, don’t be surprised if more news comes out of STLV.

On Friday, Creation announced the addition of two new guests; Jeri Ryan and Jonathan Del Arc, who will both be in the upcoming Star Trek: Picard series.

In addition to the celebrity panels…

Creation will have recreations of The Original Series Enterprise Bridge, Borg Regeneration Chambers, and the Ten Forward Bar from The Next Generation will be available for photo ops. Quark’s Bar will once again be recreated in one of the ballrooms, with food and beverage options available for con-goers.

While you’re waiting for this year’s convention to kick off, check out our STLV 2018 photo gallery.

Stay tuned to TrekNews.net for exclusive updates, photos and news from STLV!