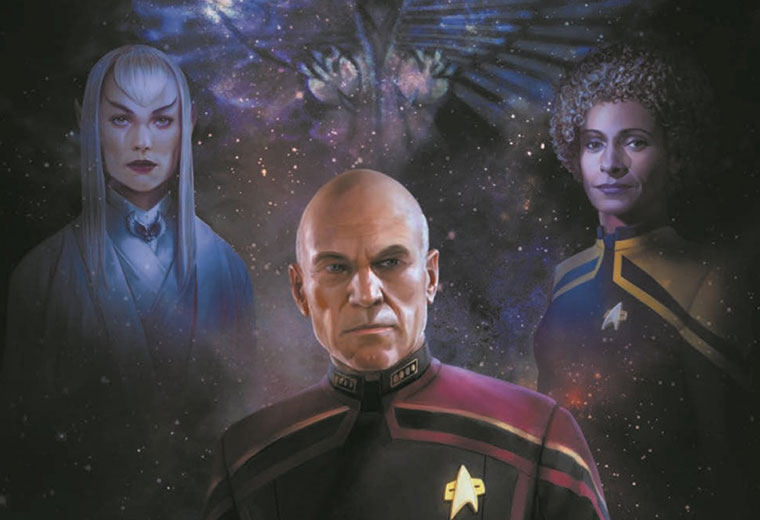 Jean-Luc Picard and his first officer manage to escape the grip of the Romulans on Yuyat Beta, only to discover that his ship, the Verity has been taken over by his cunning captors. All while the supernova looms, imminent, closer and closer to ending millions of lives.

Star Trek: Picard – Countdown wraps up the immediate story and sets up the future in a mostly satisfying, if a bit too wordy finale. 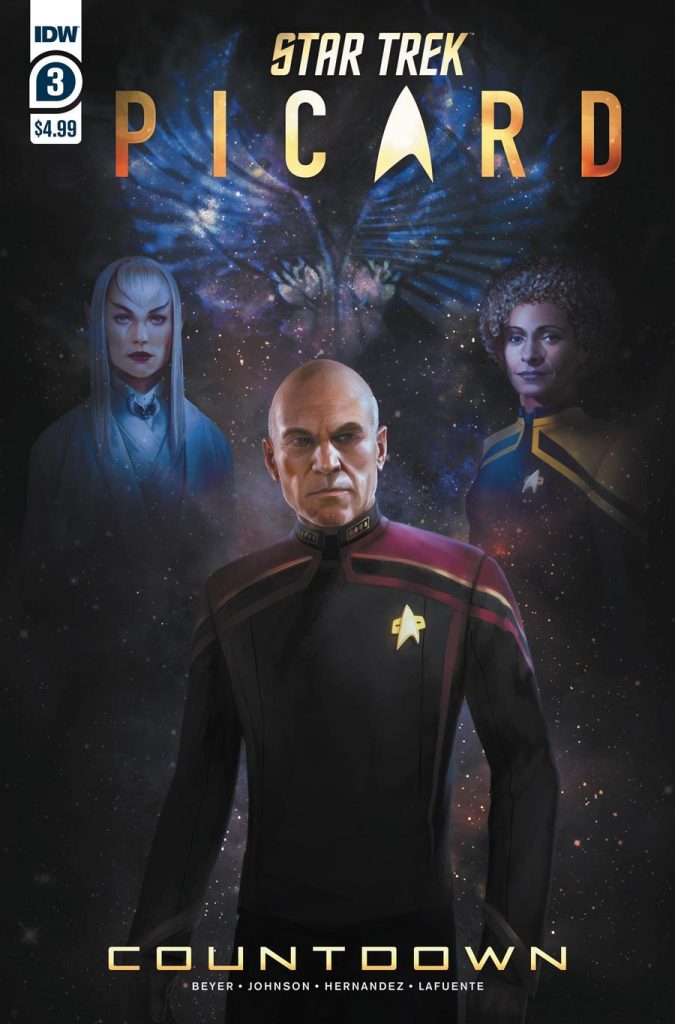 Here we are, at the end of a surprisingly long journey for a short comic book series. My woes with the first issue of Countdown cover seem like a lifetime ago. It was great that the comic series overall has been good, and with two episodes under its belt, the television series Star Trek: Picard is a blast so far. While I did not feel like I learned anything new about the man Picard, this series is yet another reaffirmation of the power that he can have to motivate people around him. First Officer Musiker, Zhaban and Laris, much like us, are inspired and fascinated by Jean-Luc and his steady hand of support moves them in ways they did not think possible.

What a great time to be a Star Trek fan!

Picard, on assignment to rescue Romulans from the colony of Yuyat Beta as the Supernova (from the 2009 Star Trek feature film) approaches, finds himself and his first officer captured by the Romulans who take over his ship. Two Tal’Shiar defectors, Zhaban and Laris, just like Jean-Luc, learn that the Romulans only intend to rescue their people and let the natives of colony perish when the supernova hits, find and rescue them. Picard now has a tiny group.

What’s left? Fight off the Romulan government, get control of his ship, figure out how to rescue five million people – all in a few hours.

The series is written by Mike Johnson and Kirsten Beyer. Beyer is also one of the creators of the Picard show, and it should come as a surprise to no one that the duo understand Picard in ways that those with years of watching the character and exploring his influences can.

This series is ultimately not Picard’s story. Picard is on every page and his name is on the books, but he is merely the vehicle through which the story comes together. Where Kirk would have punched his way out, Picard finds people. He listens carefully. He relates. He empathizes. He then lifts everyone around him up and hopes that those around him will move the mountain that he knows is impossible to move alone. Conveying such an intricate journey for a character is difficult to do in a three issue miniseries but Johnson and Beyer knock it out of the vineyard.

Plenty of time is given to Zhaban and Laris, who we see later on as his caretakers in the show. This grounded story also never forgets where it is because when we occasionally jump out, we experience the horror and beauty of the cosmos around them.

Speaking of beauty and horror, Angel Hernandez delivers grandly on both fronts. The Romulans have not been at the center of a comic series and I was beginning to forget just how colorful their architecture and costumes are. Angel draws them beautifully and while the animosity we feel to them is natural, it feels just as natural to admire how cool they are.

What is particularly profound is the love that colorist Joana Lafeunte and Neil Uyetake pour into the book. Lafeunte uses the light purple skies of Yuyat Beta to power the book visually. The dialog’s impactfulness is also partly due to the smart balloon and font choices made by Uyetake.

The finale gets a bit too tell, not show. In classic TNG fashion (for better or for worse) the story threads conclude with long dialog bubbles and reveals that are told to us instead of the more effective ‘shown to’ us. But it is an easy problem to forgive when those doing the talking include Picard. It also goes down smoother when you realize that the series, whose job is to get us pumped for the show, ends masterfully and leaves us with exciting and depressing possibilities. 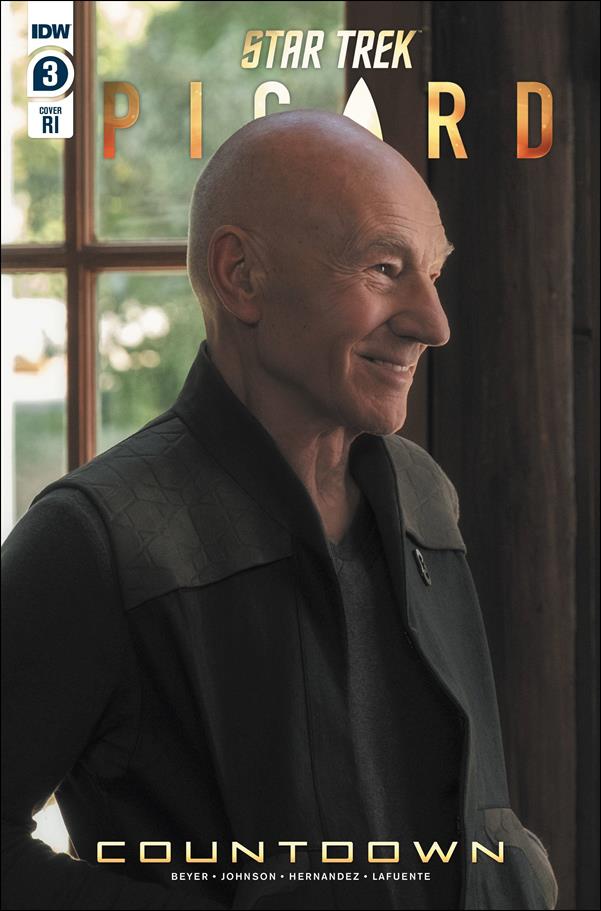