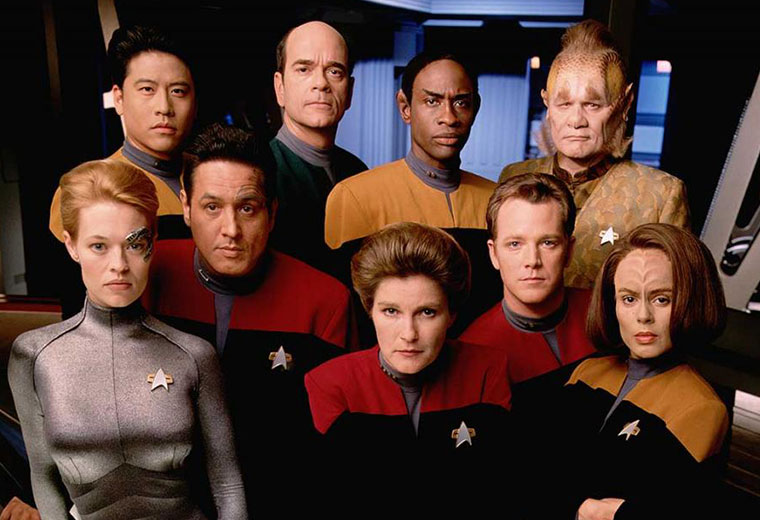 In celebration of Star Trek: Voyager‘s 25th anniversary, the cast is set to reunite on Tuesday, May 26th at 8 pm ET/5 pm PT.

“This reunion will be both gratifying and novel: we are all alive, we are all congenial, and we are all still actors!” said series star Kate Mulgrew.

“I am delighted that the entire cast of Star Trek: Voyager will beam in for a 25th Anniversary Reunion panel on Stars in the House to benefit The Actors Fund,” said Robert Picardo. “Hope you’ll join us Tuesday, May 26th at 8 PM EDT and support this important cause with a donation at the moment in time it will mean the most.”

In addition to the virtual panel, Robert Duncan McNeill and Garret Wang have recently announced The Delta Flyers podcast, in which the duo will rewatch the entire Voyager series and give behind-the-scenes details on what it was like to create the show.

You can relive all seven seasons of Star Trek: Voyager on DVD.