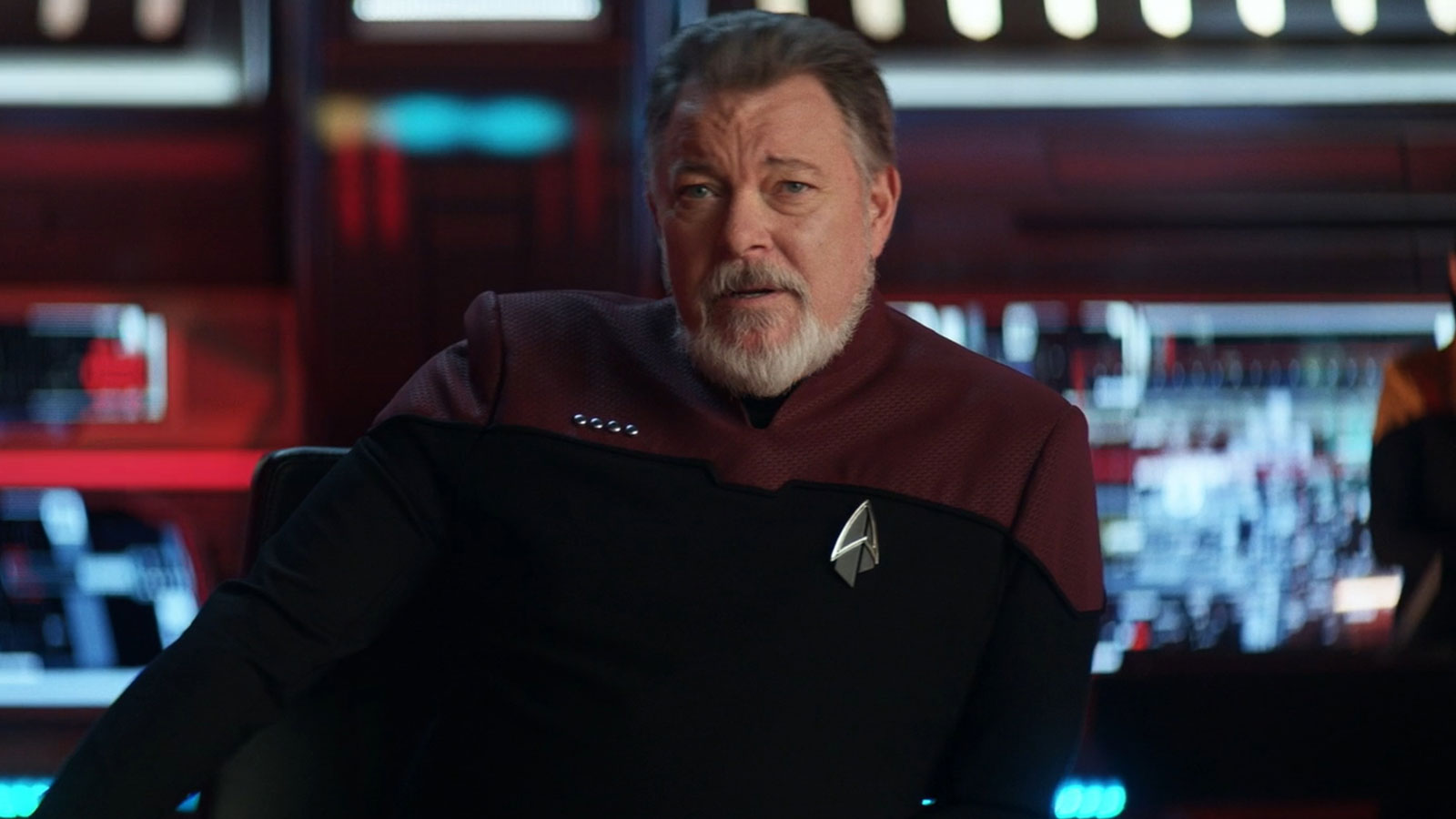 Jonathan Frakes, who appeared for seven seasons as William T. Riker on Star Trek: The Next Generation and most recently in the first season of Star Trek: Picard, sat down to discuss a myriad of topics on the Trek Geeks livestream on Thursday night in support of Feeding America.

Among the topics discussed, Frakes talked about returning to the role of Riker and how the current era of the franchise fits into Star Trek creator Gene Roddenberry’s vision of the future.

Reprising the role of William Riker

Prior to his appearance in the episode “Nepenthe,” Frakes hadn’t appeared in front of the camera in nearly a decade. His recent work has primarily been in the director’s chair—working on episodes of Leverage, The Orville, Agents of S.H.I.E.L.D., Star Trek: Picard and Star Trek: Discovery.

He was candid about his trepidation to play Riker again, saying:

“I was comfortable about halfway through the first day. I had just [directed] two episodes, so I knew where Patrick [Stewart] was… he was as great as he’s ever been. And Marina [Sirtis] was just closing, having starred in a play in the West End in London, so I knew her acting chops were in great shape. I hadn’t acted in a decade and I really didn’t want to get buried by my friends. So [Michael] Chabon, stuck me a script… and I was working on it every morning. One morning, Genie [Francis] said ‘Do you want me to run those with you?’ I said ‘Yeah, I think I’ve got them.’ So I started to run the lines and it was clear to me that I was woefully unprepared. So Genie gave me the script back and said ‘You better keep working on this.'”

“And I did and it worked out fine.”

Discussing the first season finale of Picard “Et in Arcadia Ego, Part 2,” Frakes said he enjoyed getting back into a Starfleet uniform and hopes Riker appears in the series again.

“I did find myself getting into the lean, as soon as I sat down.”

“I liked that scene, actually. I was wary if we had gone to the well to have Riker show up again because he had just said he had left Starfleet. I think between Akiva [Goldsman] and [Michael] Chabon] and Alex [Kurtzman], they really wove it into the story… and I hope we see him again.”

Frakes also discussed how Picard and Discovery fit within Gene Roddenberry’s vision of the future, saying:

“I think that everyone who’s been given the reins— from Rick [Berman] through J.J. [Abrams] through Alex [Kurtzman] are very very conscience of honoring what we image Gene’s [vision].”

“I think anyone would have adapted and adjusted, it would have been Gene… and he would have encouraged what we are doing and attempting to do—in terms of the storytelling.”

“I’m wary of complaints about what Gene would have thought. Gene inspired all this. The reason we’re all watching and fortunate enough to be working on these shows is because of Gene’s vision. And that vision is now big enough that it’s carried us for over fifty years… and will for another fifty years.”

You can watch the full livestream with Jonathan Frakes below.

The second season of Star Trek: Picard was officially announced in January and is currently in pre-production, with filming to potentially begin later this month. The series is expected to premiere on CBS All Access in late 2020 or in early 2021.