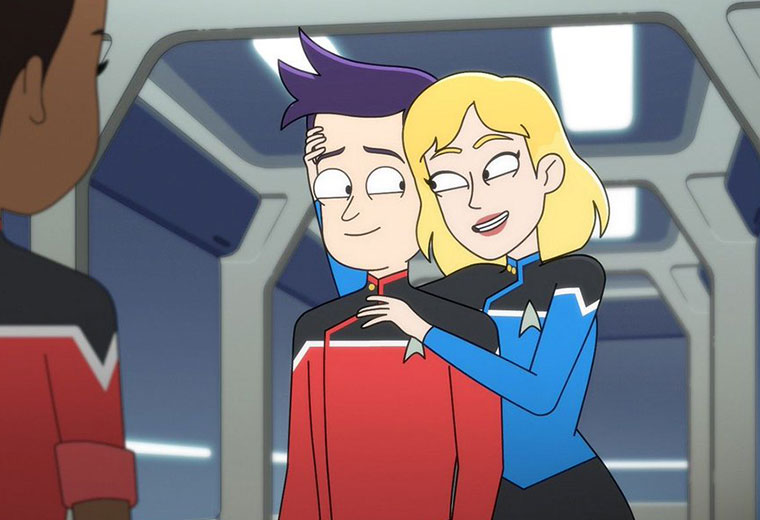 *Warning: this review DOES contain spoilers for “Cupid’s Errant Arrow*

For a series that has quickly made a name for itself thanks to its breakneck pacing and deep respect for Star Trek, it’s quite the compliment then to say that “Cupid’s Errant Arrow” proves to be the funniest entry yet in this lovable show.

How greatly you enjoy this episode depends on how big of a Trek fan you are, but that’s not to say newcomers won’t find some laughs along the way. Diehard fans though are in for a treat; we get a litany of references throughout this frantic episode thanks to the deeply rooted Star Trek knowledge of writer Ben Joseph. 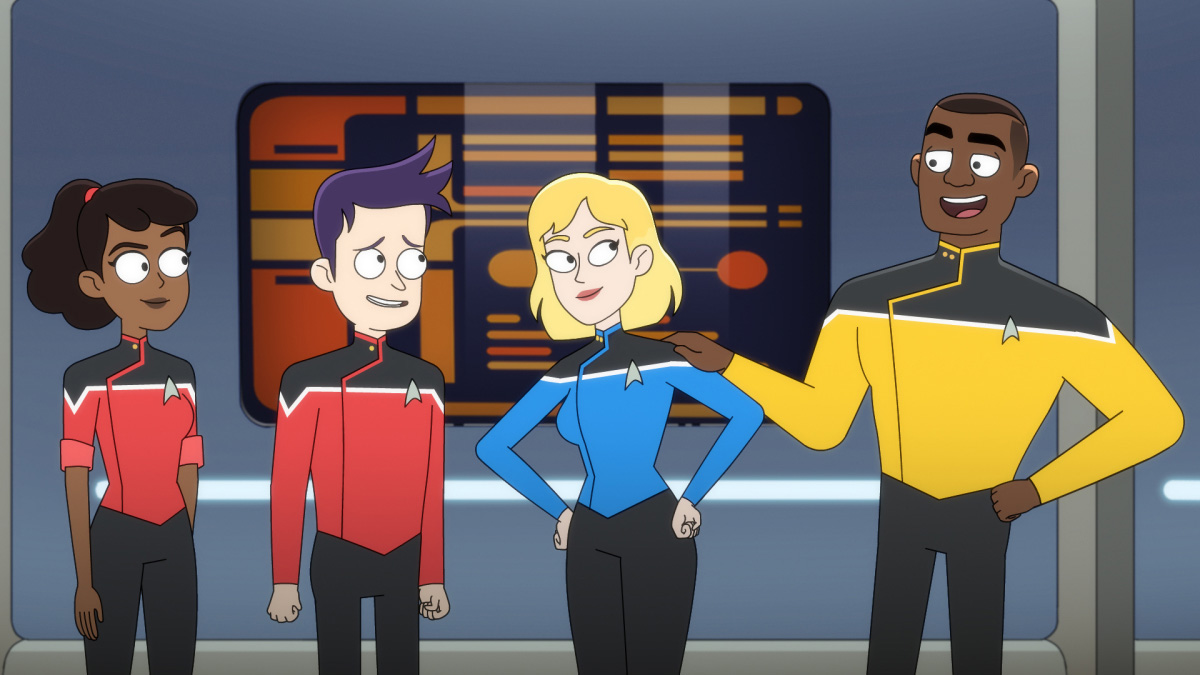 How could someone as boring and unremarkable like Ensign Brad Boimler (Jack Quaid) attract a beautiful lieutenant named Barbara Brinson (Gillian Jacobs), who is stationed on another, more important ship? That’s the question that preoccupies Mariner (Tawny Newsome) as she desperately tries to unravel why Barb is so enamored with Brad. As it turns out, both Mariner and Barb are perplexed why the other one would have any kind of relationship with Brad, and this misunderstanding paves the way for some deep-cut Star Trek Easter eggs. Just a few standout mentions include when Mariner asserts that Barb must be some kind of salt monster, Suliban, altered Cardassian, or holodeck double, all of which will be familiar to fans.

Barb is stationed aboard the U.S.S. Vancouver, a beautiful new type of Starfleet vessel making its debut in Star Trek canon. The Vancouver is working with the Cerritos on negotiating a way for inhabitants of multiple moons to survive a much-needed implosion in their star system. It’s a plot that wouldn’t be out of place in Berman-era Star Trek, and suffice to say the predicament seems to require a thoughtful and morally challenging solution by the crew of both ships.  But, in the spirit of Lower Decks challenging expectations, the seriousness of the situation is diffused when it turns out that the inhabitants of one of the moons equals a grand total of… wait for it… two (very rich) people. One would think this is a fact that would have come to light as the mission was beginning, but we’ll chalk it up to the sake of comedy and the 24-minute running time. 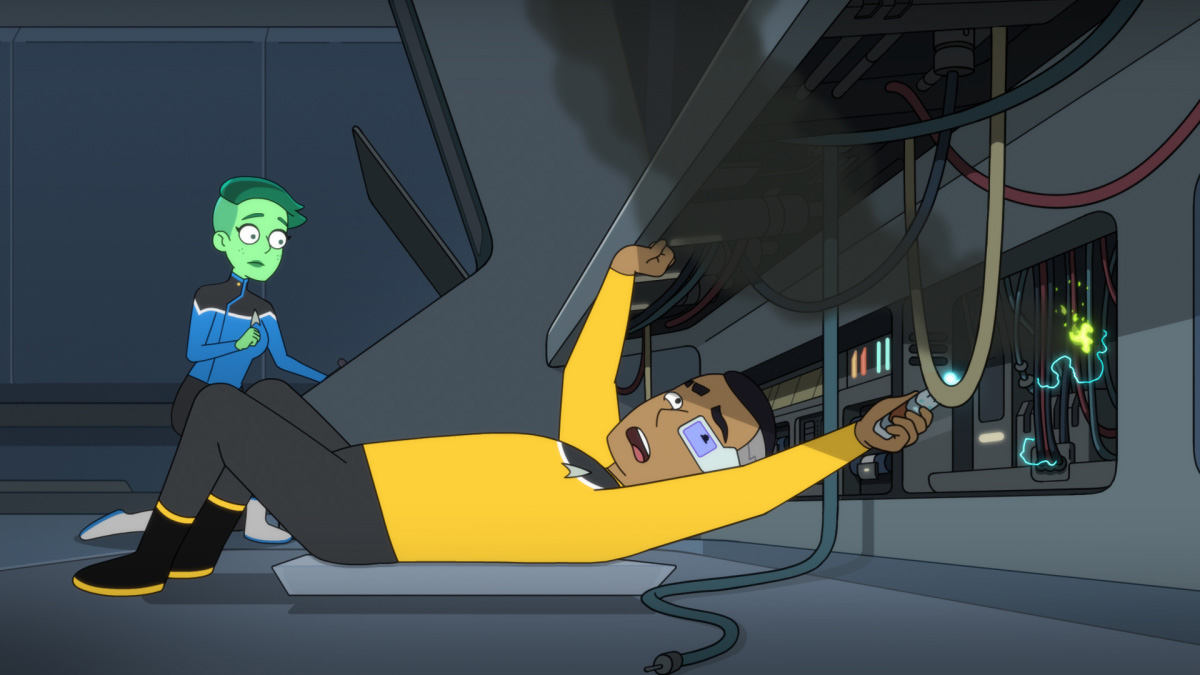 This week’s b-plot involves Lower Decks showing us again how stressful serving on an “important” ship can be. Ensigns Tendi (Noel Wells) and Rutherford (Eugene Cordero) bond over their shared excitement at seeing the Vancouver, a top-of-the-line ship more akin to the Enterprise than the Cerritos. While onboard the ship, they encounter Lt. Commander Ron Docent (Matt Walsh), who, to make a long story short, is burnt out over the stress of serving aboard an important ship like the Vancouver. The pressure of being top-of-the-line is a subject that isn’t often addressed in other Star Trek shows, and it’s just another way Lower Decks is fulfilling its promise of showing us a different side of Starfleet. Our live-action heroes are often spirited and grateful for the opportunity to make a difference onboard a top-tier ship, but here we see how negatively that could impact some people. 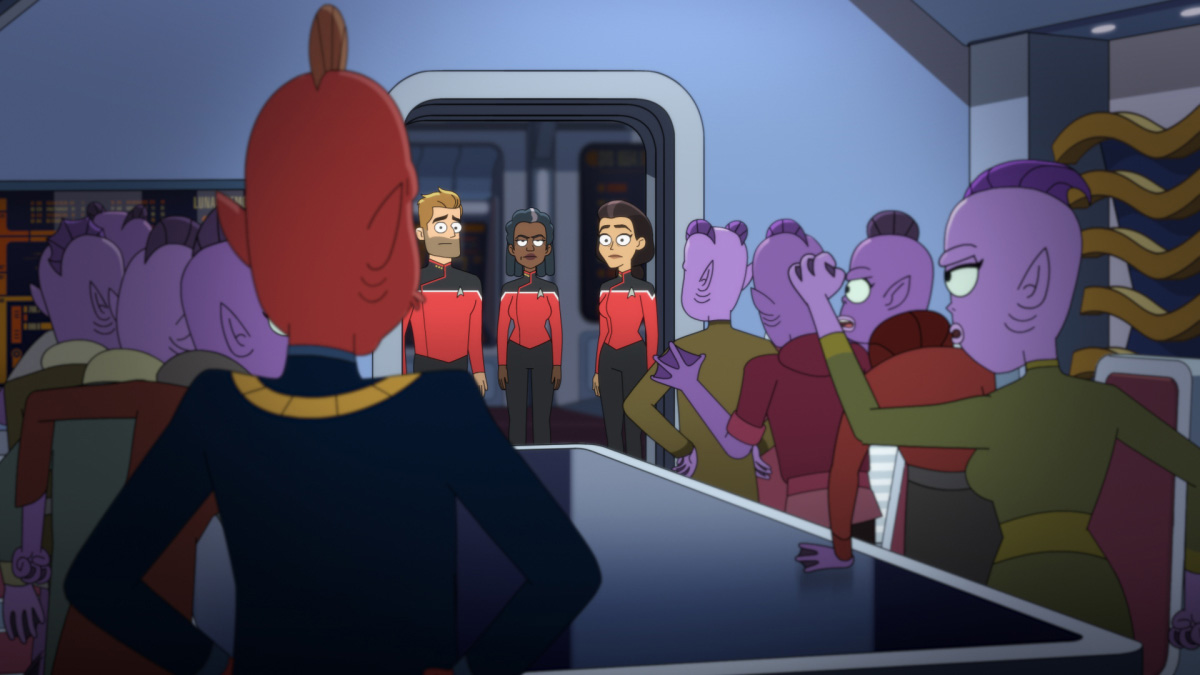 “Cupid’s Errant Arrow” is an excellent entry in Lower Decks, and proves how well the show can work when our animated heroes are sized up against the Starfleet we know and love. One things we’ve noticed so far is that while the interpersonal relationships between the main cast are certainly entertaining to watch, this episode further cements the main parings of this show as Tendi/Rutherford and Mariner/Boimler. Hopefully in the future, we’ll get to see the foursome interact together more often, a la the more ensemble nature of other Star Trek shows. In the meantime, the laughs just keep on coming with this impressive show.

New episodes of Star Trek: Lower Decks are released on Thursdays on CBS All Access in the U.S. The series returns next week (September 10) with the sixth episode “Terminal Provovocations.”