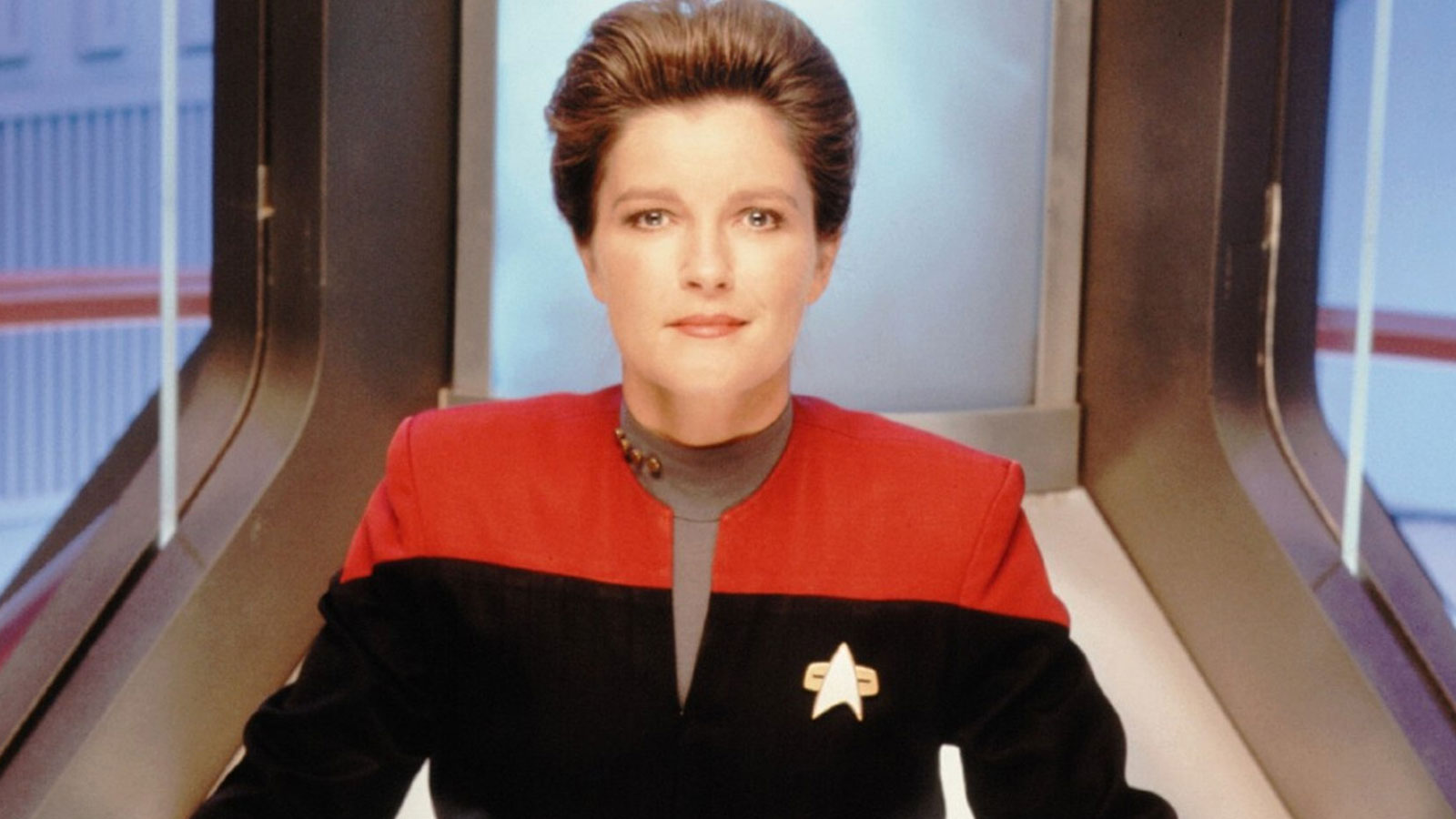 The Autobiography of Kathryn Janeway: Delving Into the Life and Times of Star Trek’s Legendary Captain

It’s no doubt that some Star Trek characters have become so endearing to fans that we are willing to gobble up whatever information we can about them. Normally, that might mean re-watching key episodes or venture into the extensive (non-canonical) world of Star Trek novels. But, there’s another way to explore the life and times of these people: autobiographies.

It’s a great concept: publish a book “written” by a fictional character. Autobiographies already exist for Jean-Luc Picard, James Kirk, and Spock. Of course, real-world authors are credited with “editing” these books, but the mirage of a book actually written by a Star Trek character is a great way to delve deeper into the Star Trek universe. The latest entry in this series, The Autobiography of Kathryn Janeway, edited by Star Trek veteran Una McCormack (who also “edited” The Autobiography of Spock) is on shelves now. As expected, it turns out to be an enthralling read into a character that is actually now more prevalent in “modern” Star Trek discourse than ever before.

The book, seemingly published a couple of decades after Voyager‘s return from the Delta Quadrant, begins with a forward written by Commander Naomi Wildman – who was of course only a child when the ship came home. Wildman is now the executive officer of Deep Space K-7, but that’s only a minor little detail. The real meat of this book comes from the lengthy descriptions of Janeway’s impressive life and Starfleet career, told by the captain herself.

Janeway’s account goes chronologically, beginning with her childhood in the 2330s and ending with the years after Voyager‘s return home. That’s quite a long time to chronicle, but McCormack makes the journey effortless for the reader. There really is more to Janeway than her time in the Delta Quadrant, and this book showcases that better than anything. While there are countless little details in this book that will be fun for readers, including many tidbits involving other Star Trek characters, we want to touch on a particularly notable part of this book: post-“Endgame.” A common critique of Voyager‘s series finale was that it didn’t provide a lot of closure after Voyager finally reached Earth. What did Janeway and others do after getting back home? How did their careers progress after all that time in the Delta Quadrant? Without giving too much away here, rest assured that this autobiography does tackle the immediate aftermath of Voyager – including a look at the press release Starfleet released announcing Voyager‘s arrival. Janeway and others became celebrities, in a way, thanks to the human interest aspect of their long voyage. Janeway eventually becomes an admiral, which we knew already thanks to Star Trek: Nemesis. Those who sympathize with Harry Kim should know he does get his own command. Tom Paris leaves Starfleet and starts writing holodramas. Seven of Nine becomes part of a Federation think tank. The list goes on. In this way, this book is truly a gift to Voyager fans who may have been longing for more closure for the crew.

Now that we’ve gotten that out of the way, it’s time to put on our tinfoil hats. At the end of the book, Janeway mentions how she has a daughter (how exactly Janeway becomes a mother is an interesting detail awaiting readers). Ensign Amelia Janeway, Starfleet Academy Class of 2395, is talked about briefly, and we get a picture of mother and daughter at the graduating ceremony. Now, we know Janeway, voiced by Kate Mulgrew, will be featured in the upcoming Star Trek: Prodigy, an animated show about a group of teenagers who find a derelict Starfleet ship and take off for adventure. What if Amelia is one of those teenagers? Perhaps she has the same adventurous spirit as her mother, and Janeway is forced to interact, guide, or protect the teenagers, including her daughter, in some way? An interesting idea, for sure. We’ll have to wait and see.

Taken together, The Autobiography of Kathryn Janeway is a fantastic addition to the legend of Star Trek‘s first female captain. Certainly, if there were any Star Trek character who warranted an autobiography, we think it’d be Janeway. Kudos to author Una McCormack for so thoughtfully expanding Janeway’s story, and giving readers some truly interesting material to chew over. This book will surely fit nicely on fans’ bookshelves this holiday season.

If you would like more insight into McCormack’s thoughts on Janeway and Star Trek in general, check out our interview with her.

The Autobiography of Kathryn Janeway is now available on Amazon.

Win The Autobiography of Kathryn Janeway

We’re giving away two copies of Titan Books’ The Autobiography of Kathryn Janeway. Follow us on Twitter and Facebook, for details on how you could win!