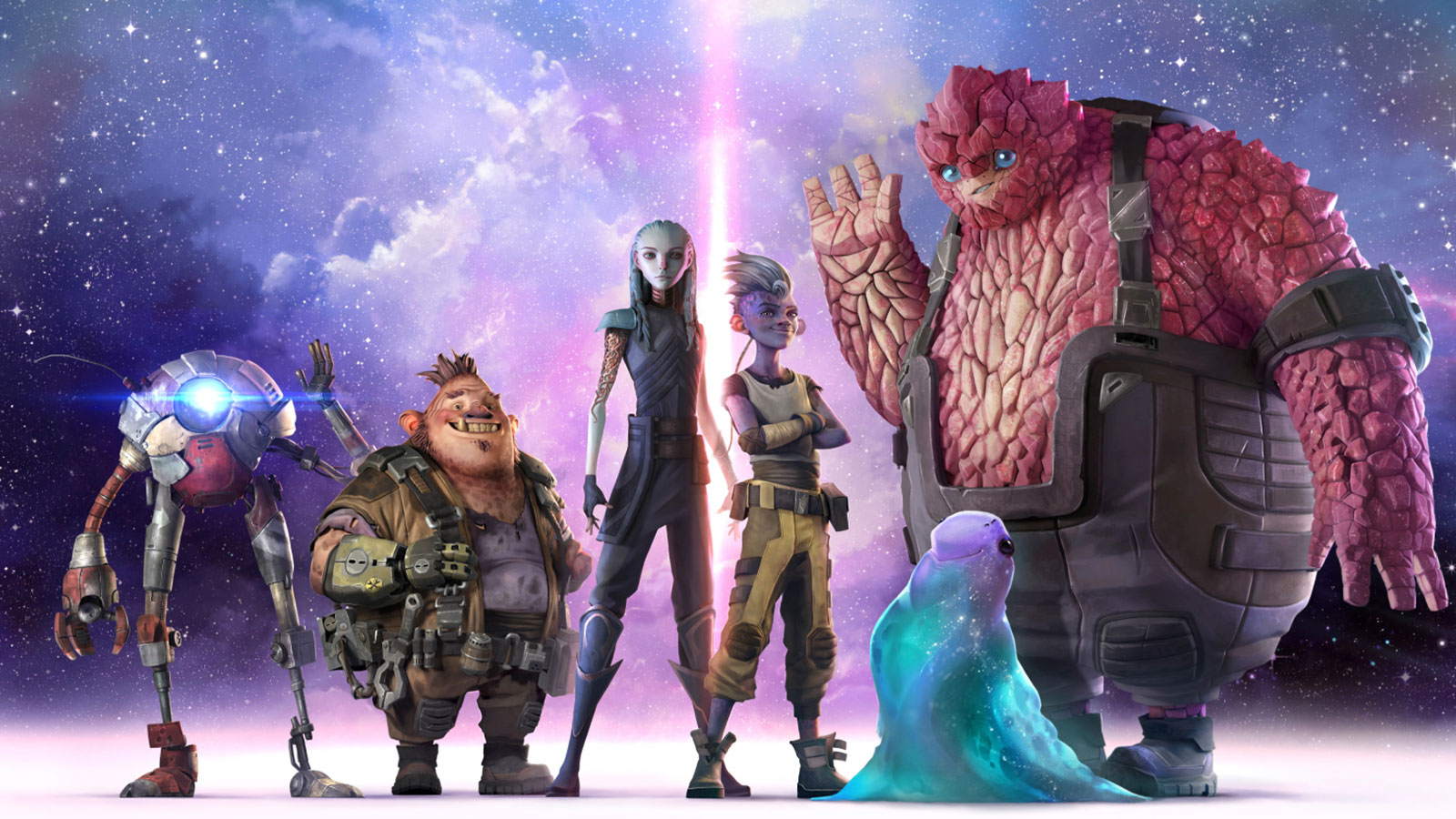 Our first look at the Star Trek: Prodigy bridge crew is here.

As part of a ViacomCBS Investor Day event, the company announced that the new animated Star Trek series will premiere on the Paramount+ streaming service, prior to being broadcast on Nickelodeon.

As we’ve previously reported, the series will see the return of Kate Mulgrew to the iconic role of Kathryn Janeway and will run for ten episodes in its first season.

According to a press release, the Prodigy crew consists of six young outcasts — none of which appear to be human — who over the course of their adventures will each be introduced to Starfleet and the ideals it represents.

At this point, neither the voice actors or the character’s names have been revealed.

“We’re so excited to partner with Dan and Kevin Hageman and the team at Nickelodeon for STAR TREK: PRODIGY as we bring Trek to a new generation of younger fans with an animated series as rich in character and scope as our live action shows. I’m thrilled audiences of all ages now have instant access to the full Trek library, classic and new original series, on our new home at Paramount+.” Star Trek Universe Executive Producer Alex Kurtzman said via press release.

“The upcoming addition of STAR TREK: PRODIGY to Paramount+ means subscribers now have a Trek series for every member of the family – including kids. We are excited to bring this next chapter to a new generation of Trek fans alongside the creative masterminds behind Secret Hideout and Nickelodeon, as well as the talented Kevin and Dan Hageman.” said Executive Vice President and Head of Programming, Paramount+ Julie McNamara.

In addition to the Star Trek: Prodigy news, ViacomCBS also released a new promotional video for the Star Trek Universe that you can check out below.