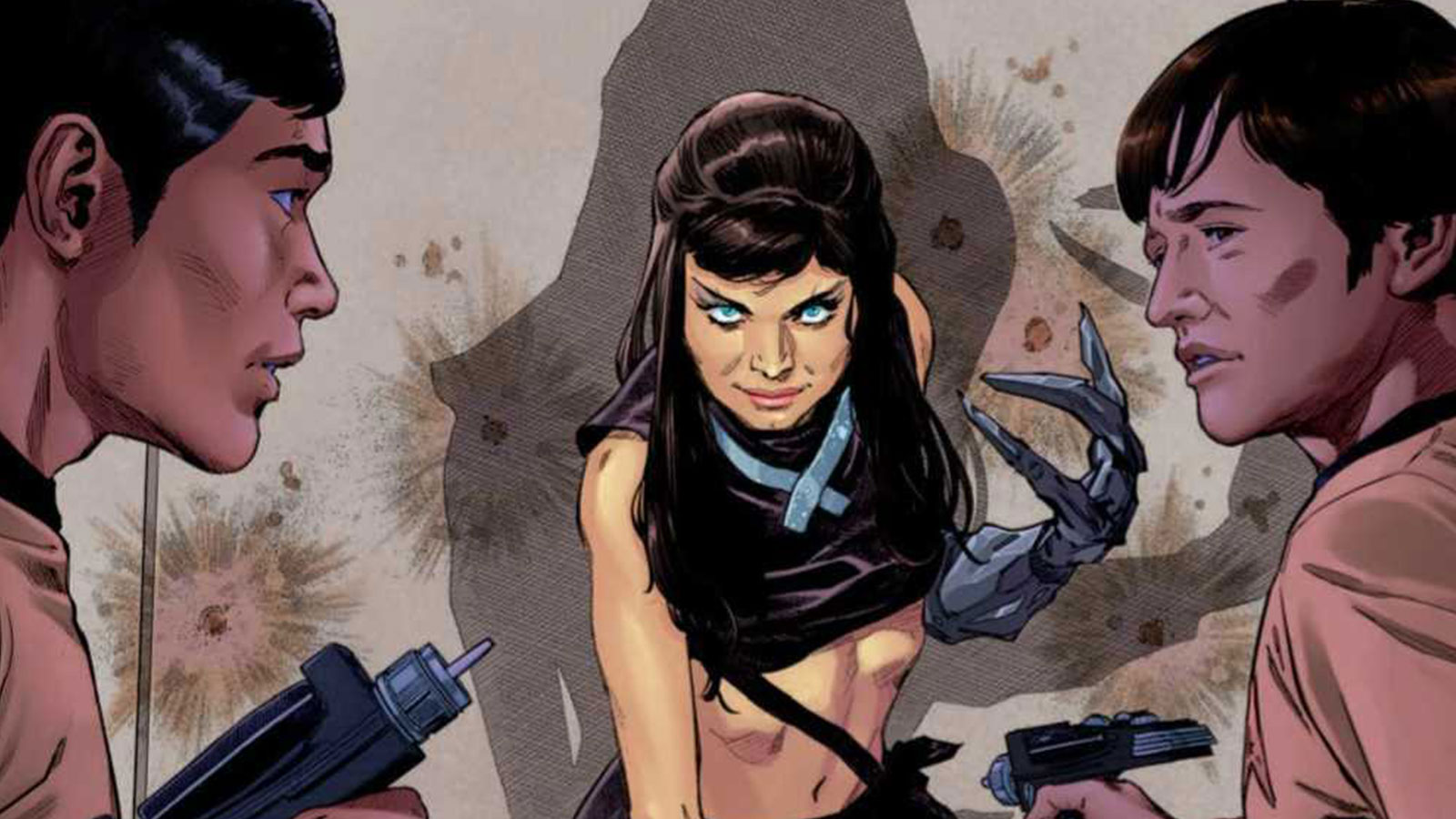 After Dr. McCoy is accidentally exposed to the virus plaguing Proxima Centauri, he and the rest of the crew return to the Enterprise only to find the crew fighting for their lives against Isis who has revealed herself as the creator and transmitter of the pandemic.

Star Trek: Year Five is drawing closer and closer to its finale and with the turn of every page, the thought that this series will soon end moves quietly back and forth in the shadows of my mind, like Isis in her black cat form. Before it ends, however, the creators seem determined to leave their mark on all relevant themes of our times, including the pandemic. Showrunner Jackson Lanzing recently revealed that the pitch for this story line was approved two months before Covid-19 overtook the planet, adding a sense of mystery and preordained dark destiny to the series. The idea that the continuing story of characters from nearly sixty years ago but set in the distant future dealing with an event that is hauntingly familiar to our own once-in-a-lifetime phenomenon, but somehow that not being planned, is too much timey wimey stuff for my head to handle at the moment, so I’ll just stick with reviewing the comic instead. I’m a comic book reviewer, Jim, not a fortune reader!

Star Trek: Year Five #19 is the second and final part of this two-part story. In issue 18, Uhura intercepts a distress call from Proxima Centauri which leads Kirk, McCoy and some of the crew to land on the planet. Endless rows of dead bodies greet them and after deducing that the planet is under the grip of an airborne plague, the crew heads back to the ship to help but not before McCoy’s EVA suit opens and exposes him to the infection.

This issue picks up immediately after the crew reaches the Enterprise where Kirk orders McCoy to be immediately quarantined. In another corner of the ship, Isis, Gary Seven’s partner, still grieving over his loss and determined to make Kirk pay for it, has snuck on board the ship and begins attacking the crew. She also reveals that she is behind the plague on Proxima Centauri, thus forcing Kirk and his team to now fight a war on two fronts: one to find a cure for the dying citizens of the planet, and another to stop the shape-shifting, scorned Isis from tormenting the crew.

Jim McCann alternates smoothly between action and poignant, dramatic dialog in this issue, holding up another trademark of the Trek franchise, especially post the Kelvin timeline movies. Isis isn’t reduced to a typical villain of the week but instead puts the crew through a real challenge. However, the real conflict is not with her, it’s against the plague. When all’s said and done, the tale ends up being McCoy’s time to shine. Not only does McCann honor the good doctor and his remarkable sense of duty, by making the story about McCoy’s struggle to risk his life in battling an unknown disease, he offers a tiny glimpse into the terrifying conundrum that our doctors have been facing since March of last year.

Penciler and veteran Trek artist Angel Hernandez and colorist Fran Gamboa continue to top their work from previous issues with the outstanding artwork. The duo has their work cut out for them thanks to McCann’s intense, intricate panels, but they seem far from unprepared for the task ahead. The Enterprise’s EVA suits are particularly noteworthy, thanks to the fine penciling and coloring schemes. The issue refrains from using splash (pages occupied by a single panel) or double spreads (one or multiple panels stretching across two pages) for most of the issue, and instead earns the impact by executing a well-placed splash on the second to last page of the issue.

McCann and Hernandez masterfully conclude this short story full of action, intrigue, tragedy and a striking McCoy-centric story at its heart, leaving you happy for him and his crew for now, but ever more concerned on the last leg of their homeward bound journey.