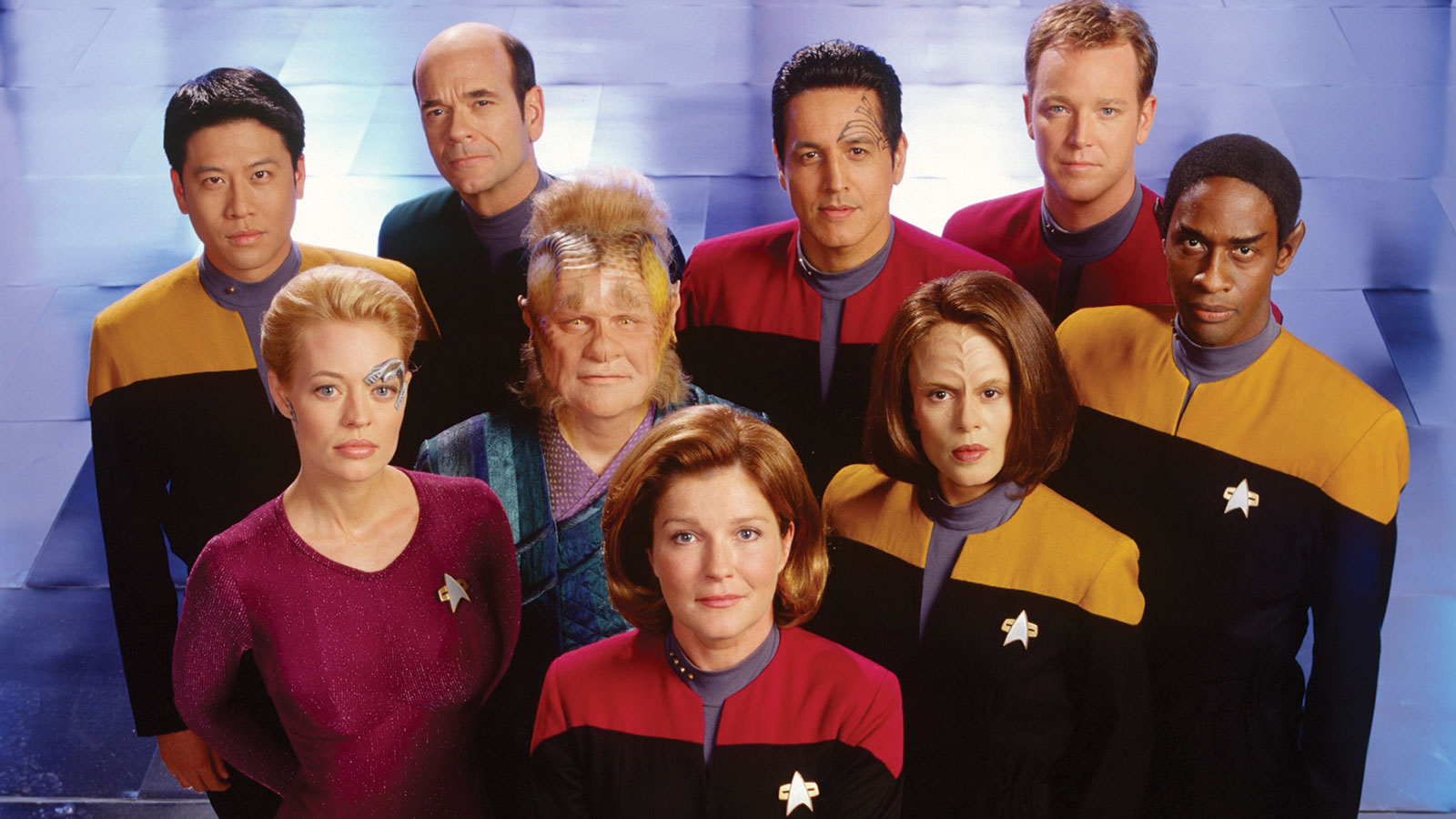 To the Journey becomes most crowdfunded documentary ever

The doc, produced by 455 Films, the team behind DS9’s “What We Left Behind” documentary and other Star Trek-related productions, will close in the wee hours of May 1st after hitting all of its stretch goals thanks to more than 11,000 backers. These stretch goals will allow the doc to expand its running time from 60 minutes to 90 minutes, show off more advanced graphics and animations, upgrade some Voyager footage to HD (pending approval from ViacomCBS), and allow the filming of the Voyager reunion in London this year, among other things.

If you still want to donate to the Voyager doc before the campaign closes, donations range from $5 to $10,000 and you can claim a variety of perks for your generosity.

The biggest stretch goal, unlocked recently after reaching $1 million, will allow the doc to include an “exclusive never before seen Voyager surprise,” although the 455 team notes that they’ll need to clear this surprise, whatever it is, with ViacomCBS.

To provide a reference for the massive amount of money that has been pledged to this doc, the aforementioned Star Trek: Deep Space Nine documentary raised just shy of $648,000 thanks to its 9,500 backers back in 2017.

Since its availability on streaming services, Voyager, which last year celebrated the 25th anniversary of its premiere, has gained a second wind of sorts. In 2017, Netflix reported that of all the Star Trek shows in its catalog, six of the top 10 most-watched episodes were from Voyager.

The documentary’s funding campaign has had a major presence on social media, with folks from all around the Star Trek world offering their support – including DS9‘s Nana Visitor, who’s support was noticed by Kate Mulgrew, who in turn was recognized by William Shatner.

The documentary is set to release in September 2022.

While you wait for the film to be released, you can rewatch all seven seasons of Star Trek: Voyager on DVD.