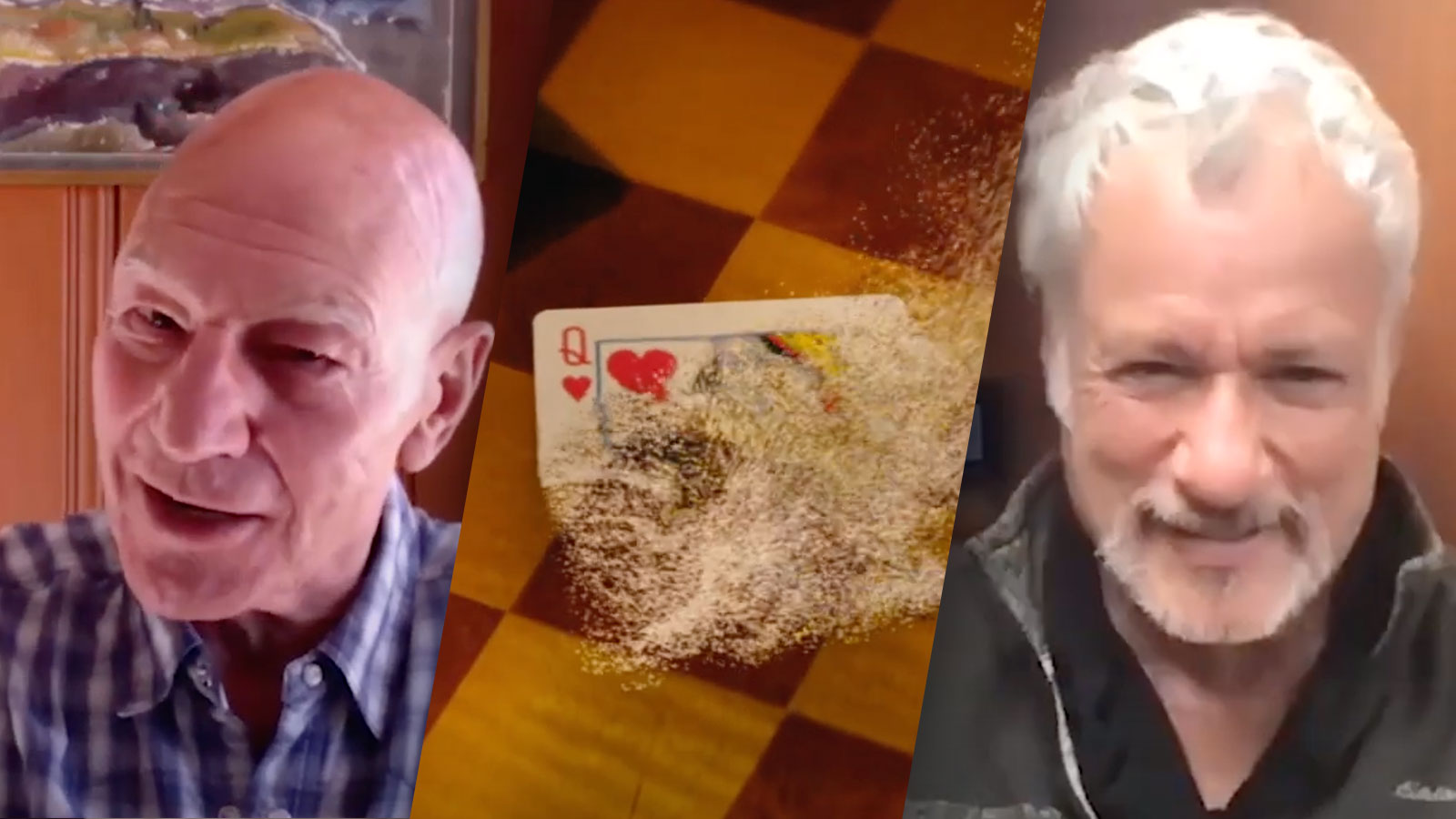 The First Contact Day schedule started off with a bang, as we now know that the original Star Trek trickster himself, John de Lancie, is set to return as Q, the god-like being that harassed the crew of the Enterprise-D in The Next Generation.

A tone-setting teaser for season two of Star Trek: Picard showing off various Picard-centric mementos showed, among other things, a queen from a deck of cards, the image of which gradually swept away until only the Q in the corner was left. A voiceover line from John de Lancie says “the trial never ends,” a reference to the trial of humanity that Q placed the Enterprise crew under through TNG‘s run.

John de Lancie then joined Patrick Stewart and Wil Wheaton to formally announce his return to the Star Trek franchise.

Star Trek: Picard season two is currently filming and is slated for release in 2022.

Check out the teaser trailer, along with Stewart and De Lancie’s comments in the videos below.