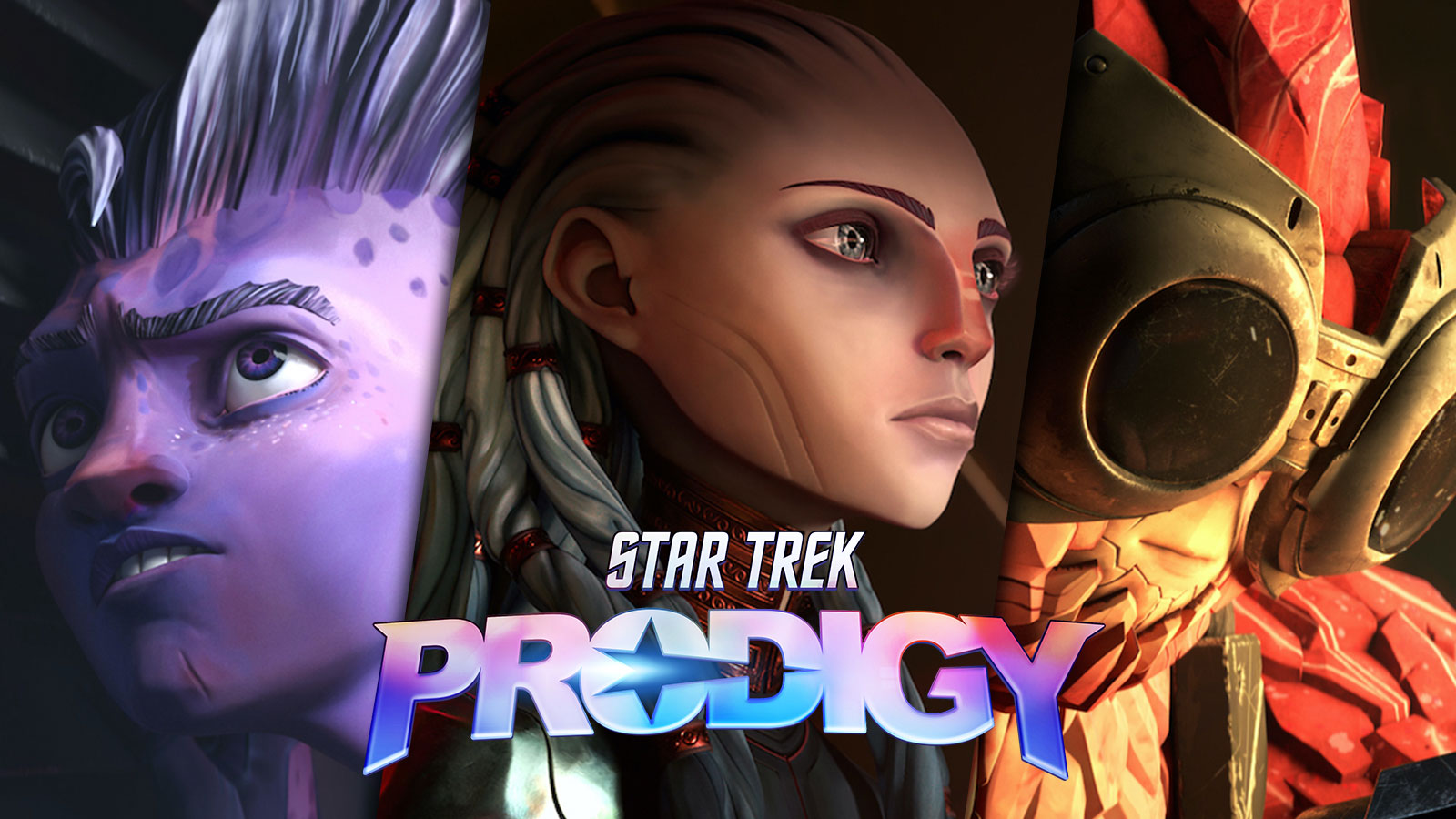 Paramount+ has blown the lid off character details for its upcoming animated kids show Star Trek: Prodigy, revealing names, faces, and voices for those we’ll be seeing on screen.

While we knew Kate Mulgrew was reprising her role as Captain Janeway (in emergency training hologram form), the only other info we’ve known about this show was that it would feature a group of teenage aliens embarking on their own adventure. Let’s break down what we know now thanks to the announcement from StarTrek.com.

Rylee Alazraqaui (Doug Unplugs, Home Economics) voices “Rok-Tahk,” an eight-year-old Brikarian who apparently has a deep love for animals. Rylee is the daughter of voice actor Carlos Alazraqui, and Brikarians are well-known to anyone who has read The New Frontier novels by Peter David.

Brett Gray (On My Block, When They See Us) plays “Dal,” a 17-year-old alien of unknown species who is described as a maverick.

Angus Imrie (The Crown, Emma) plays the Medusan “Zero,” a non-corporeal, genderless, energy-based lifeform. As such, Zero wears a containment suit to prevent others from going insane. This species was previously seen in The Original Series episode “Is There in Truth No Beauty.”

Jason Mantzoukas (Big Mouth, Infinite) plays “Jankom Pog,” a 16-year-old Tellarite (a well-known Star Trek species) who is described as someone who always “plays devil’s advocate for the sake of hearing all sides.”

Ella Purnell (Army of the Dead, Sweetbitter) is “Gwyn,” a 17-year-old Vau N’Akat who grew up on a mining planet and dreams of exploring the stars.

How or why these characters all come together is still unknown, but the StarTrek.com article notes that “These six young outcasts know nothing about the ship they have commandeered – a first in the history of the Star Trek franchise – but over the course of their adventures together, they will each be introduced to Starfleet and the ideals it represents.”

Paramount+ also released a few screenshots that spotlight various characters and show off the quality of animation.