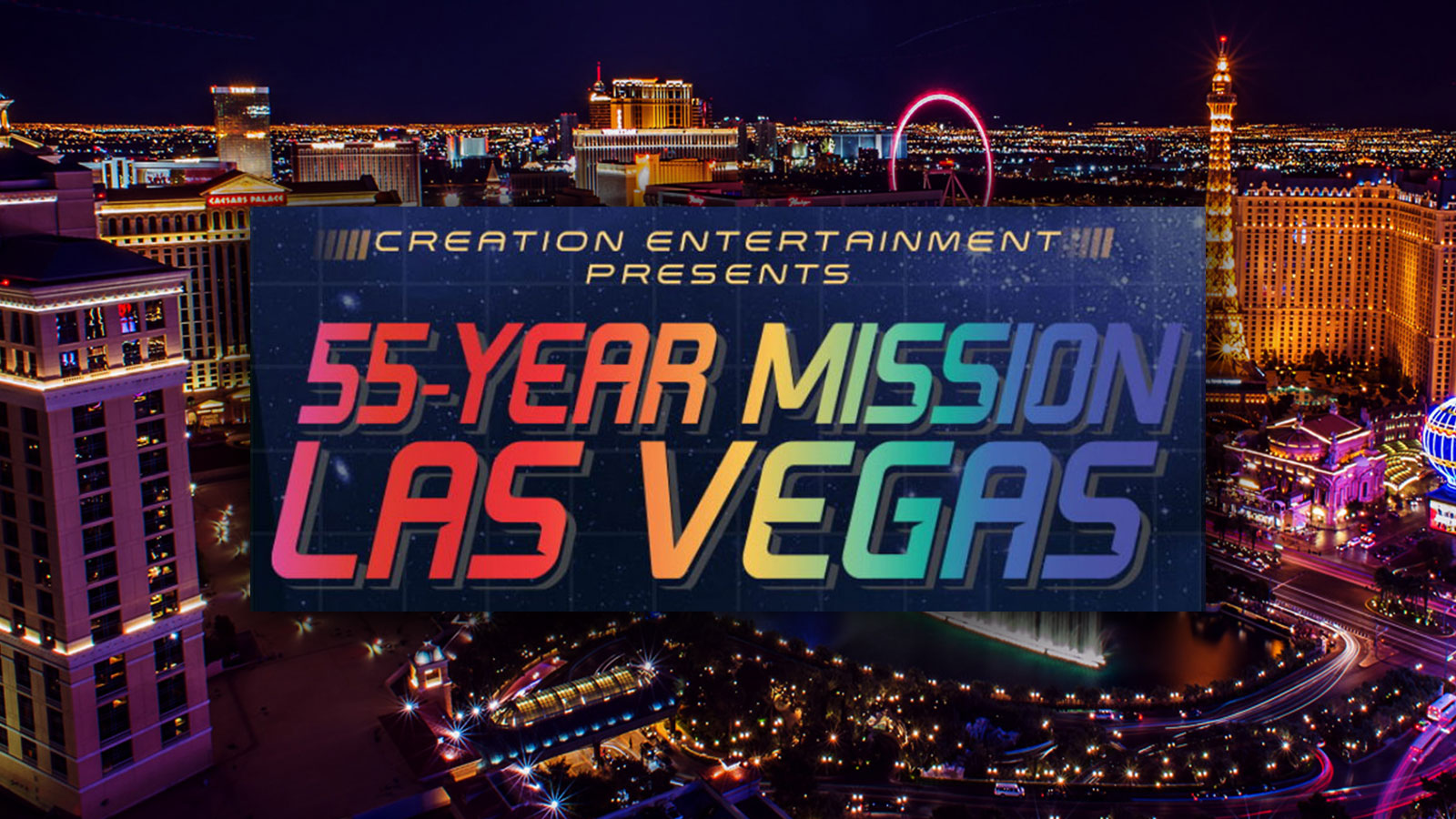 Following the cancellation of last year’s Star Trek Las Vegas, Creation Entertainment is bringing a new event, The 55-Year Mission, to the city later this summer, and location change in 2022

As Star Trek fans and celebrities prepare to beam down to Las Vegas for the 55-Year Mission in August, Creation Co-CEO Adam Malin joined this week’s episode of the Trek Geeks podcast to discuss what fans can expect this year along with some changes coming in 2022.

After last year’s cancellation and a name change to the 55-Year Mission (previously Star Trek Las Vegas), Creation Entertainment is set to embark on a new era of their annual Las Vegas convention with a lineup of more than 100 Star Trek guests appearing over four days. While nearly half of the U.S. population is now vaccinated, there’s still concern surrounding large indoor gatherings. Malin discussed those concerns, Creation’s plans for this year’s event, and what’s in store for 2022.

What to expect at the 55-Year Mission this year

Malin shared his plans for this year if masks will be a requirement, and the protocols that may be in place for the event, saying:

“We are going to be following the local mandates of Las Vegas and Nevada — and keeping to them. Although things have relaxed essentially to normal in that city.”

“If I had to guess — I don’t think there will be any mask mandates. People will be welcome to wear masks but I don’t believe we’ll insist upon them — but that is not a policy I can set myself. That is a supposition. And what the actual policy will be we’ll be keeping at about one month out [from the show], depending on what we see civically as well as what the entire Creation team deems appropriate for the situation.

“We will certainly do our best to maintain protocols. We are still working on protocols for photo ops. That will be a different world than the touchy-feely photographs that we were used to in years past. Because it’s a different society now and a different era. So expect the photo ops to be different.”

Malin went on to discuss the 2022 Las Vegas convention (tentatively being called the “56-Year Mission”) and announced that the event will make a “one-year” transition from the Rio to Bally’s.

“We are making a one-year transition over to Bally’s — which is a beautiful hotel and has some fantastic meeting space… not quite as large as Rio but the reason that we are doing that is that [the] Rio is undergoing a reimagining and a transformation. For those that don’t know it yet, it’s going to become a flagship Hyatt property.”

This year’s 55-Year Mission Tour takes place August 11-15 at the Rio Suites Hotel and Casino. The guest list includes cast and crew from every iteration of Star Trek, including William Shatner, George Takei, Nichelle Nichols and Walter Koenig from The Original Series, Sonequa Martin-Green and Doug Jones from Discovery, Jeri Ryan from Voyager and Picard, Jonathan Frakes, LeVar Burton and Kelsey Grammer from The Next Generation, Rebecca Romijn from Discovery and Strange New Worlds and more than 100 more.

Check out the entire episode of the Trek Geeks podcast below and visit TrekGeeks.com for more.

What are your thoughts on the plans for this year’s Las Vegas convention, and the change in locations for 2022? Tell us in the comments below.