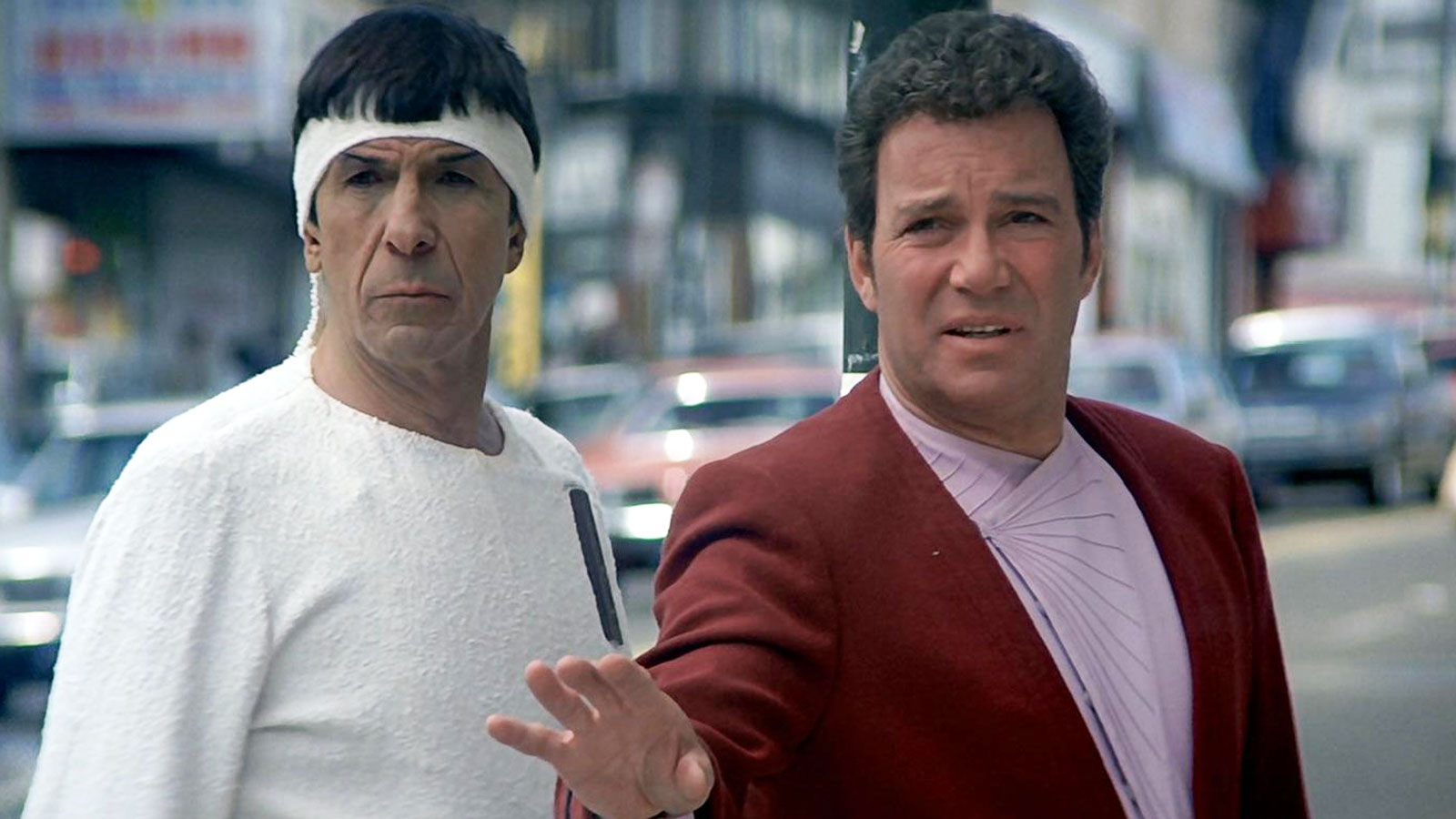 Get your whale songs ready as Star Trek IV: The Voyager Home is set to beam back into theaters next month for a two-night special engagement to celebrate the film’s 35th anniversary.

To coincide with the anniversary and upcoming 4K UHD Blu-ray release of Star Trek: The Original 4-Movie Collection, Fathom Events will bring “the one with the whales” back to select theaters on Thursday, August 19 and Sunday, August 22.

When a mysterious alien power threatens the atmosphere of Earth in the 23rd Century, Kirk and his crew must time travel back to 1986 San Francisco to save mankind. Exploring this strange new world, they encounter punk rock, pizza and exact-change buses that are as alien as anything in the far reaches of the galaxy. This thrilling, action-packed, and often hysterical installment of the original motion picture saga returns to the big screen, remastered for its 35th Anniversary!

This event also includes the featurette Three Picture Saga. In this informative and entertaining featurette, cast and crew explore the back-story of one of the greatest story arcs in Science Fiction history – Star Trek II: The Wrath of Khan, Star Trek III: The Search for Spock, and Star Trek IV: The Voyage Home.

Tickets are available now through the Fathom Events website.