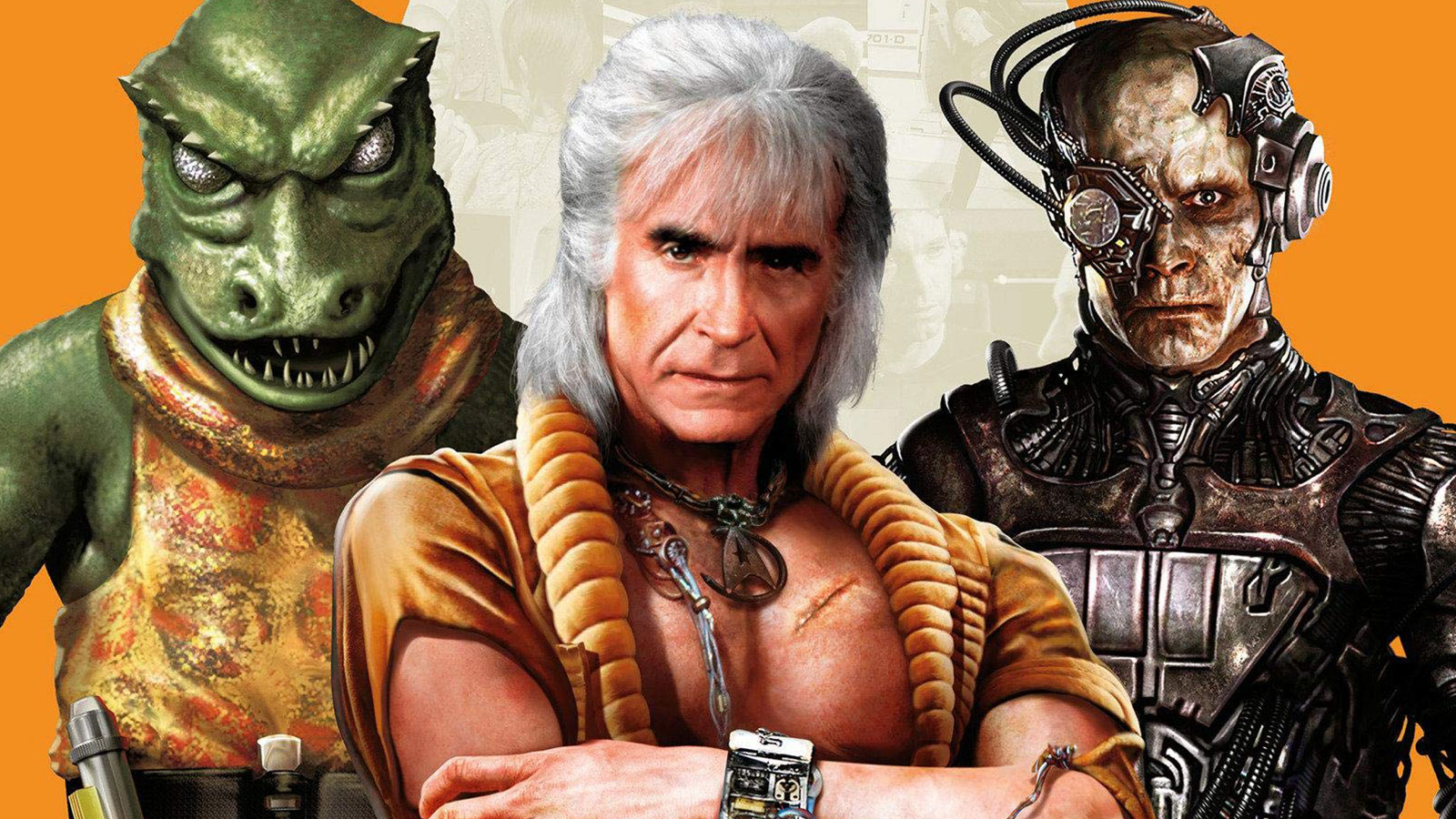 The rogue’s gallery of Star Trek’s exceptional bad guys and bad girls is being celebrated in Star Trek: Villains, an upcoming book being released from Titan Comics on September 21, 2021.

The book is available now for pre-order on Amazon.

Check out the cover art and preview images from the book along with the product description below.

An essential guide to Star Trek’s most iconic villains, featuring profiles and interviews.

Over the 50 incredible years of Star Trek TV shows and movies, the franchise has produced many stand-out villains.

Collected here are features on some of the very best – or worst – villains and classic interviews with the actors who portrayed them. Includes the Borg (Alice Krige as the Borg Queen), Khan (Ricardo Montalban, Benedict Cumberbatch), Q (John de Lancie), Shinzon (Tom Hardy) and many, many more.

Star Trek: Villains will be released on September 21 and is available to pre-order now on Amazon.