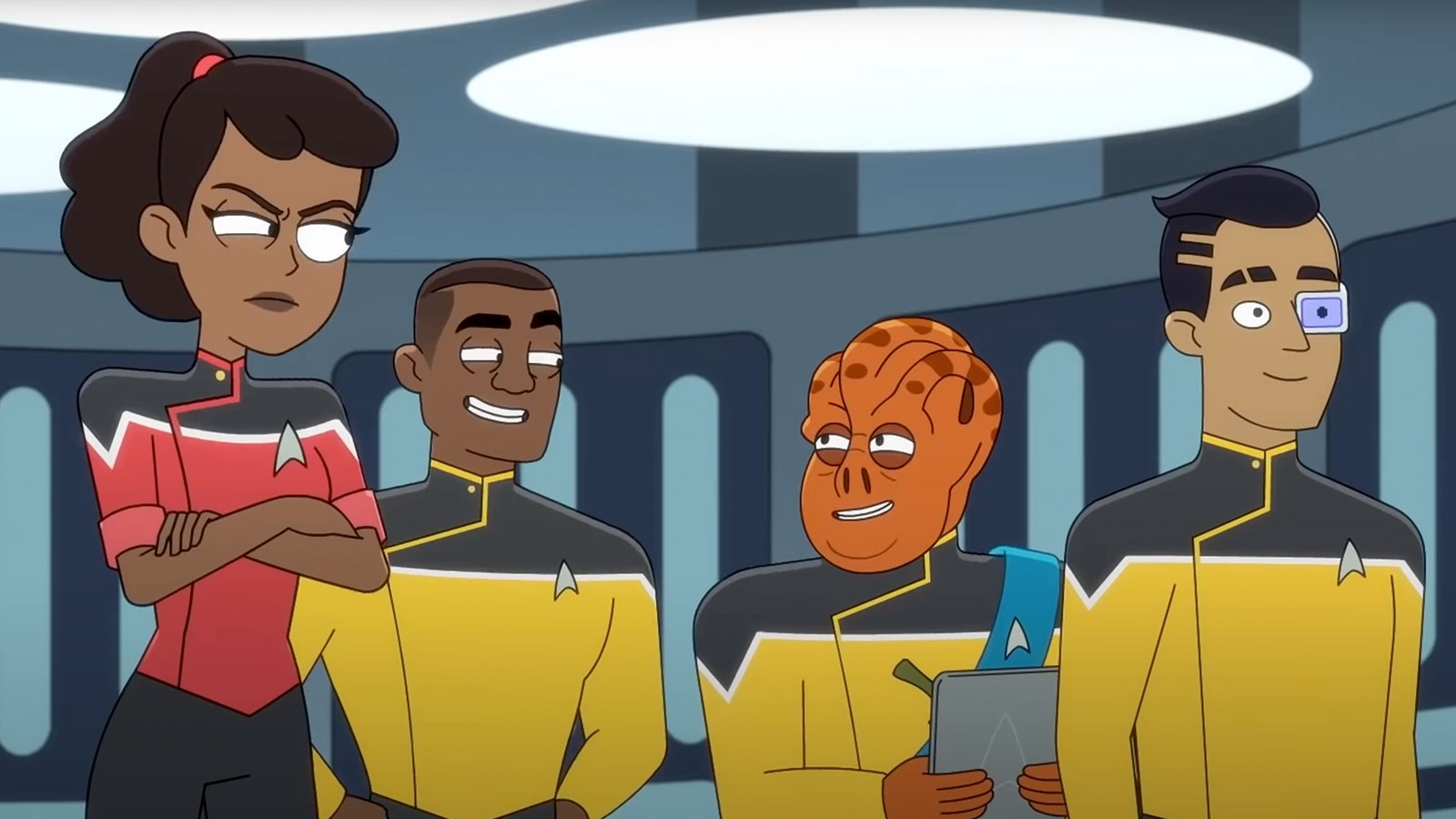 Following last week’s season two premiere, Star Trek: Lower Decks returns this week with the second episode “Kayshon, His Eyes Open” which was written by Chris Kula and directed by Kim Arndt. It will stream on Paramount+ beginning on Thursday, August 19.

The episode will see the introduction of the new character Kayshon, a Tamarian security officer, voiced by Carl Tart.

Check out twelve new photos and a video sneak peek below.

Our Lower Deckers have trouble bonding with Ensign Jet Manhaver, who has been assigned Boimler’s bunk and shift duties. Meanwhile, we get a glimpse of Boimler’s life on the U.S.S. Titan, which is more intense than he thought it would be.

During last week’s episode of The Ready Room, a one-minute preview of the episode was shown. You can watch that below.

Last week, in addition to images from the second season premiere, CBS released five images from “Kayshon, His Eyes Open.”