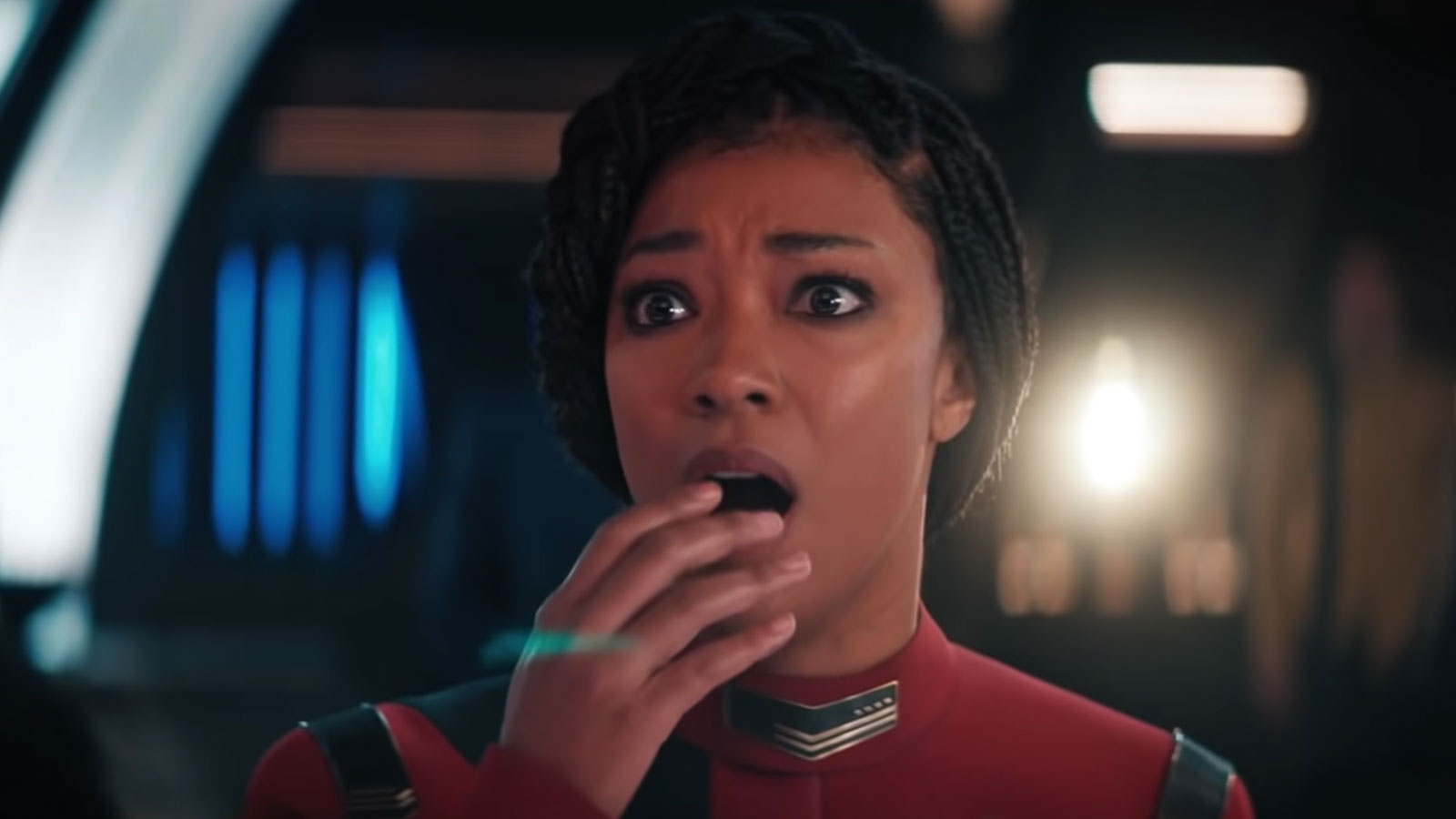 The premiere of the fourth season of Star Trek: Discovery is right around the corner. Announced during the series’ Star Trek Day panel, Discovery will return on November 18, 2021.

Update: The first image of Sonequa Martin-Green as Captain Michael Burnham in the upcoming fourth season is here. It showcases Burnham in her new red uniform that was first seen in the teaser trailer back in April.

CBS also released a teaser graphic for the upcoming season, with a Starfleet delta made up of light streaks and the season four premiere date.

Season four of STAR TREK: DISCOVERY finds Captain Burnham and the crew of the U.S.S. Discovery facing a threat unlike any they’ve ever encountered. With Federation and non-Federation worlds alike feeling the impact, they must confront the unknown and work together to ensure a hopeful future for all.

There was no new trailer revealed during Star Trek Day. However, one is expected in the coming weeks — potentially at New York Comic-Con in October.