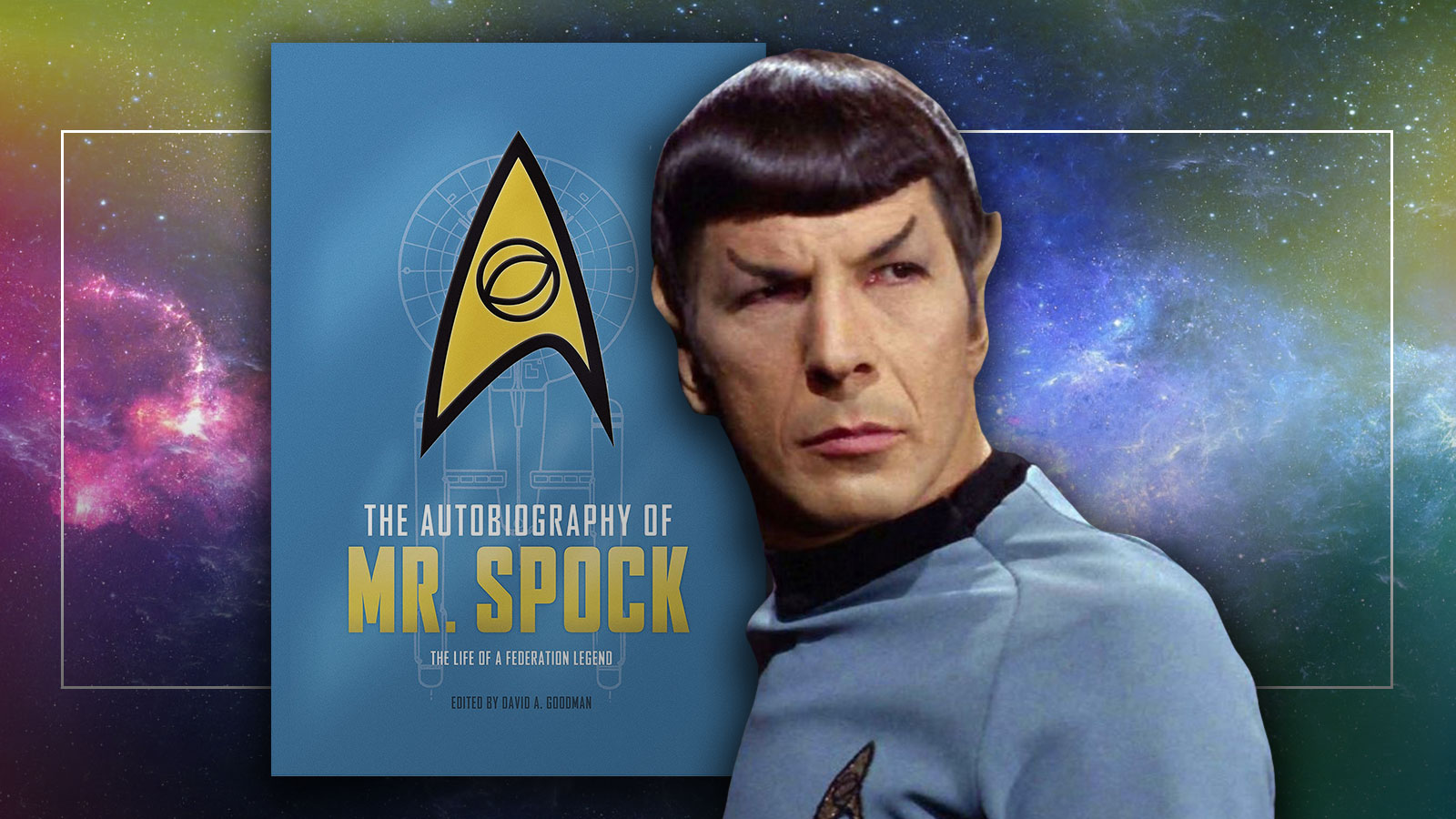 Review: The Autobiography Of Mr. Spock

The Autobiography of Mr. Spock has been a long time coming. First announced in February 2018, the book has changed authors in the last three years. First, David A. Goodman (author of the James Kirk and Jean-Luc Picard autobiographies) was attached to the project, before Una McCormack, author of The Autobiography of Kathryn Janeway, took over and ultimately completed the book.

The concept behind these autobiographies is a neat execution of fandom. On the surface, this book is only “edited” by McCormack, although she of course actually wrote the book, not Spock. But for all intents and purposes, this appears to be a work completed by Mr. Spock somewhere in the year 2387 just before his mission to help stop the Romulan supernova. Addressing his late-in-life friend Jean-Luc Picard, Spock offers 192 pages of Vulcan-esque writing about various topics of his life.

To McCormack’s credit, the book is organized thoughtfully and logically, with each chapter tackling a person or place in Spock’s life. With the benefit of this book releasing after Discovery’s season two, substantial attention is paid to Captain Pike, Michael Burnham, and the Red Angel. In this way, this book offers itself as an unexpectedly useful supplement to that season – it’s fascinating reading about Spock’s thoughts on those topics so many years after they happened.

Let’s illustrate just one great example of these fascinating, hitherto unknown thoughts that Spock records in his book. In the chapter dedicated to McCoy, Spock relates that he actually knew that a human could carry a Vulcan’s katra because Jonathan Archer did it with Surak (as seen in Enterprise’s “The Awakening”). Of course, when The Wrath of Khan came out in 1982, Scott Bakula was only 28 years old and Star Trek: Enterprise wouldn’t premiere for 19 years, but such is the advantage of releasing this book in 2021.

As expected, the mainstays of Spock’s life are also included in this autobiography: his parents, the Enterprise, and McCoy and Kirk are thoughtfully discussed. But we also get the elder Vulcan’s ruminations on secondary characters including T’Pring, Saavik, Pardek, and Surak. By including these lesser-known aspects of Spock’s life, McCormack paints a vivid and all-encompassing picture of what Spock thought of these people and their impact on his life.

“Having served for eleven years under Christopher Pike, learning to and work under a new captain, and with many new crew members, required adjustment. My promotion to first officer came at the same time, and I quickly found that Enterprise under James Kirk was different from how it had been under Christopher Pike.”

Spock, writing in The Autobiography of Mr. Spock.

Finally, this book is complete with a small but healthy dose of pictures of Spock’s life, including an official portrait of his parents (picture courtesy of The Amanda Grayson Foundation), Spock as a child, his Starfleet graduation photo, and a few photos illustrating his lengthy career. What’s neat is that one of these pictures, thanks to photo editing, gives us a look at a pivotal event we’d never see otherwise: a shot of TOS-era Pike, Spock, and Kirk together, taken just before Kirk assumed command of the Enterprise. A keen eye can spot that the respective images of the three characters were taken from other episodes and edited into the same picture, but the result serves as a cool thought exercise – what was it like when Pike turned over command to Kirk and Spock transferred captains? Luckily, Spock tells us in the chapter dedicated to the Enterprise.

Overall, The Autobiography of Mr. Spock is another great entry in the series of Star Trek autobiographies. One surely would want to read this because of Spock’s legendary status in the Star Trek universe, but also consider that the character has seen a resurgence in popularity and relevancy thanks to Star Trek: Discovery and the upcoming Star Trek: Strange New Worlds. Now is the best time to get deep insight into the character, and Una McCormack accomplishes this with aplomb. Definitely add this one to your bookshelf.

The Autography of Mr. Spock is available on Amazon now.